Infiniti has announced November 11 as the official unveiling date of the QX55 crossover, which will be shown in a live stream shared on social media starting at 5:55 p.m. PST (8:55 p.m. EST).

Set to arrive in showrooms across North America next spring, and in other markets later on, the coupe version of the QX50 SUV sports a sloping roofline behind the B pillars, inspired by the first-gen FX, which ends with a spoiler, as revealed in the teaser image accompanying the announcement.

The photo also reveals the taillights with new graphics and angular styling of the tailgate, with the brand logo positioned between the two lighting units along with Infiniti lettering under it and an AWD badge on the left side. The bumper has larger creases and the fuel filler cap is bigger compared to the QX50, while plastic cladding continues to adorn the lower parts of the body.

Even though the interior has yet to open up to the camera, we wouldn’t expect any major upgrades in terms of styling and technology. Thus, the dashboard panel should carry over from the QX50, including the two screens, center console with gear selector and rotary dial, and steering wheel. Customers might get more upholstery and trim options, though.

Challenging the likes of the Mercedes-Benz GLC Coupe and BMW X4, the QX55 will be based on the same platform as the QX50. Therefore, it will likely pack the same 2.0-liter turbo-four that makes 268 HP and 280 lb-ft (380 Nm) of torque, matched to a CVT. The all-wheel drive system will be offered as an option on more expensive trim levels, whereas the lesser grades will have to make do with front-wheel drive. 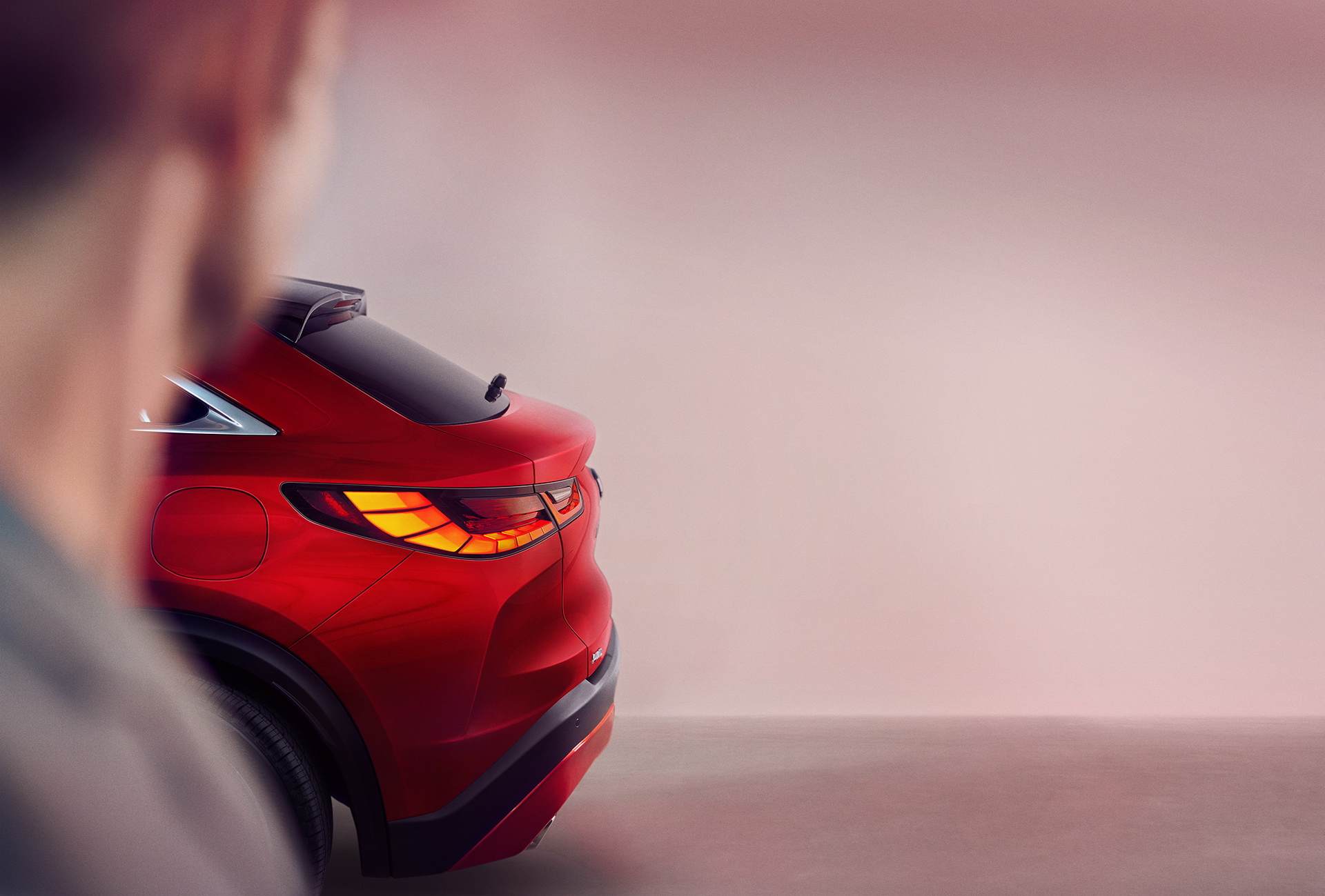