This is the all-electric Ford Fiesta that Ken Block will race in the first round of the new Projekt E series, an all-electric rallycross championship and support category for the FIA World Rallycross Championship.

The season will kick off on August 23-23 in Holjes, Sweden and this will be the first time that the Gymkhana legend has raced an electric car head-to-head with other EVs.

All cars competing in the Projekt E series have steel bodies, four-wheel drive and a powertrain from STARD. This powertrain, dubbed REVelution, consists of three electric motors that combine to produce 613 hp and 740 lb-ft (1,002 Nm) of torque. The Fiesta also features a two-speed transmission fitted to both axles and has a top speed of 149 mph (240 km/h). 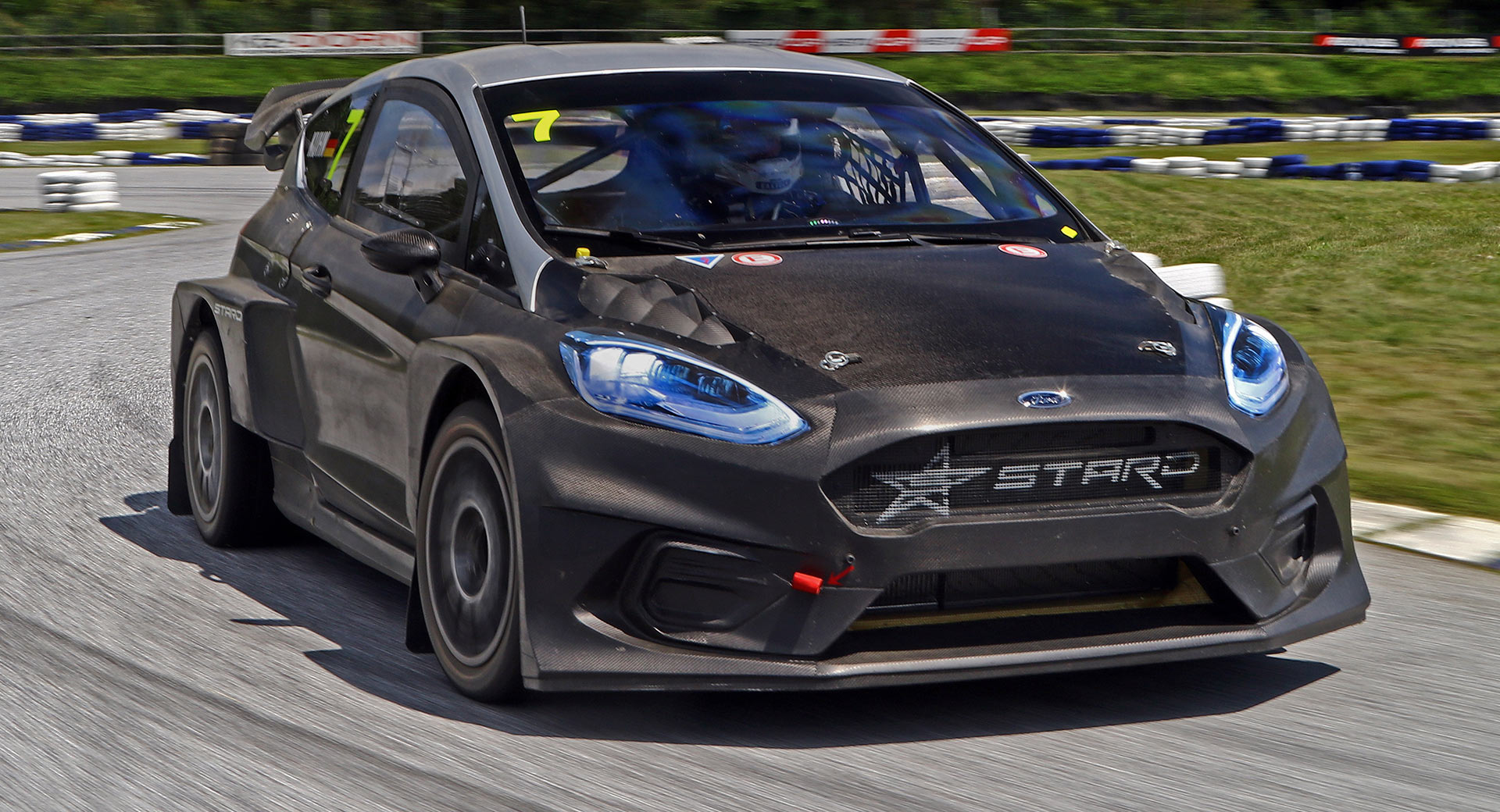 “I am stoked to take part in the worldwide first ever electric rallycross race in the Projekt E series in a STARD Ford Fiesta ERX! The car is rad and I can´t wait to get behind the wheel in Holjes,” Block said in a statement.

“We are very much looking forward to having Ken racing our Ford Fiesta ERX at Holjes,” added STARD chief executive and founder Michael Sakowicz. “Not just because he is one of the most famous race drivers in the world and it shows the potential of Projekt E that the class is able to attract drivers like Ken, but also because he has vast experience of motorsport and rallycross and it will be very interesting to get his feedback. Ken has driven and raced in all kinds of crazy cars, but I really think he will be very impressed with the Fiesta ERX.”