The Honda Clarity is far from the most attractive vehicle on the market, so the owner of the following example has tried to give the car some added Italian flair.

This photo was snapped somewhere in the U.S. and shows one of the three models that are available, although it is hard to tell if it is the plug-in hybrid, the full-electric or the fuel-cell version of the Clarity.

The Clarity looks unlike anything else on the road. On the other hand, it’s as far removed from a Maserati as we can imagine, and slapping a Maserati badge onto the tailgate fools absolutely no one.

Despite that, the image shared on Reddit reveals that the Clarity’s owner didn’t just stop with the Maserati badge. In fact, the “green” Honda is also rocking a set of four miniature exhaust pipes affixed to the rear bumper. It makes for a very strange look, and one that’s at odds with the car’s overall design.

One other thing we’ve noticed about the car is that it has an i-VTEC badge on the tailgate. The Clarity PHEV does feature an i-VTEC engine but it doesn’t have an i-VTEC badge like this, indicating that the owner decided to fit this badge. A small piece of red has also been added to the sharkfin antenna on the roof. 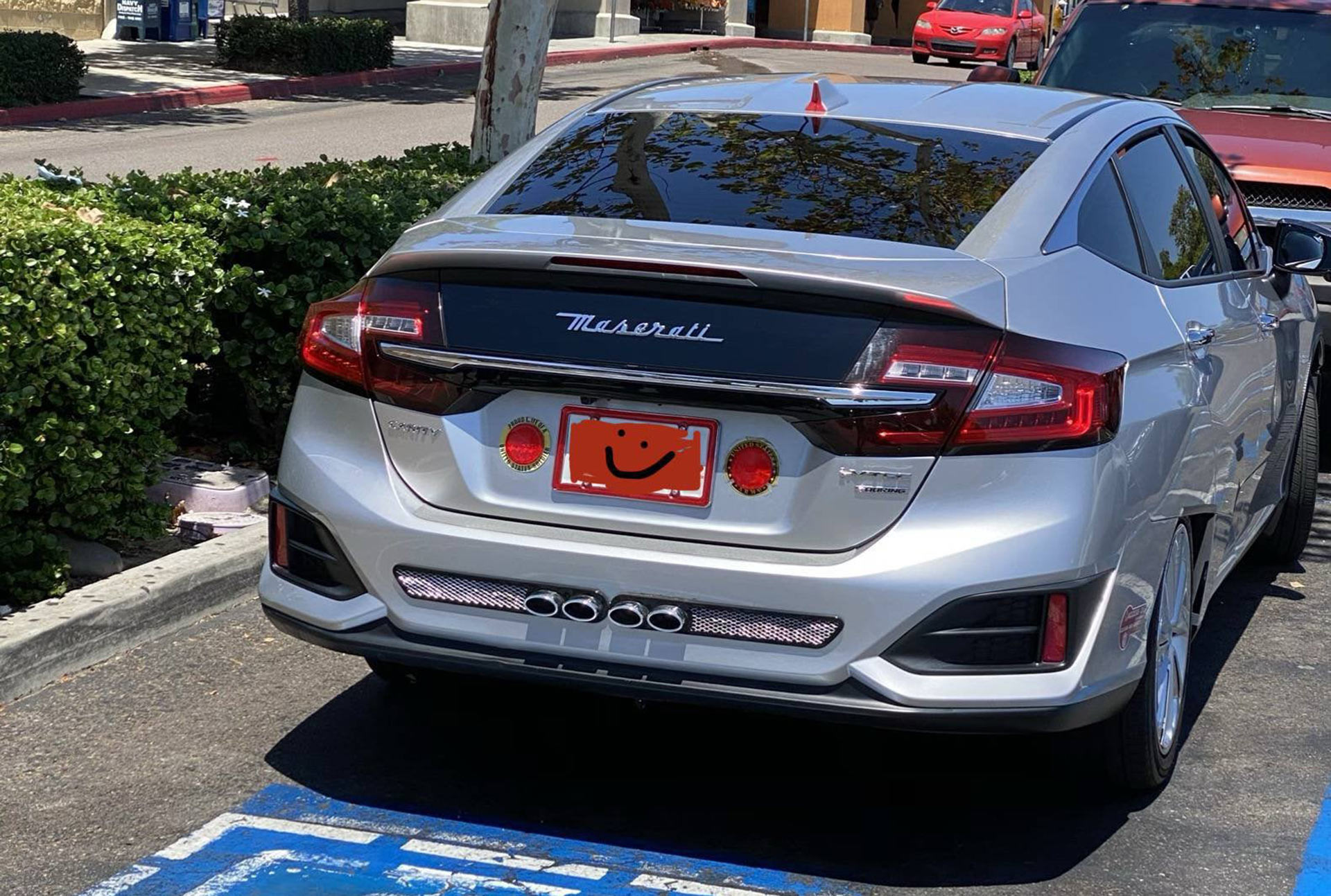