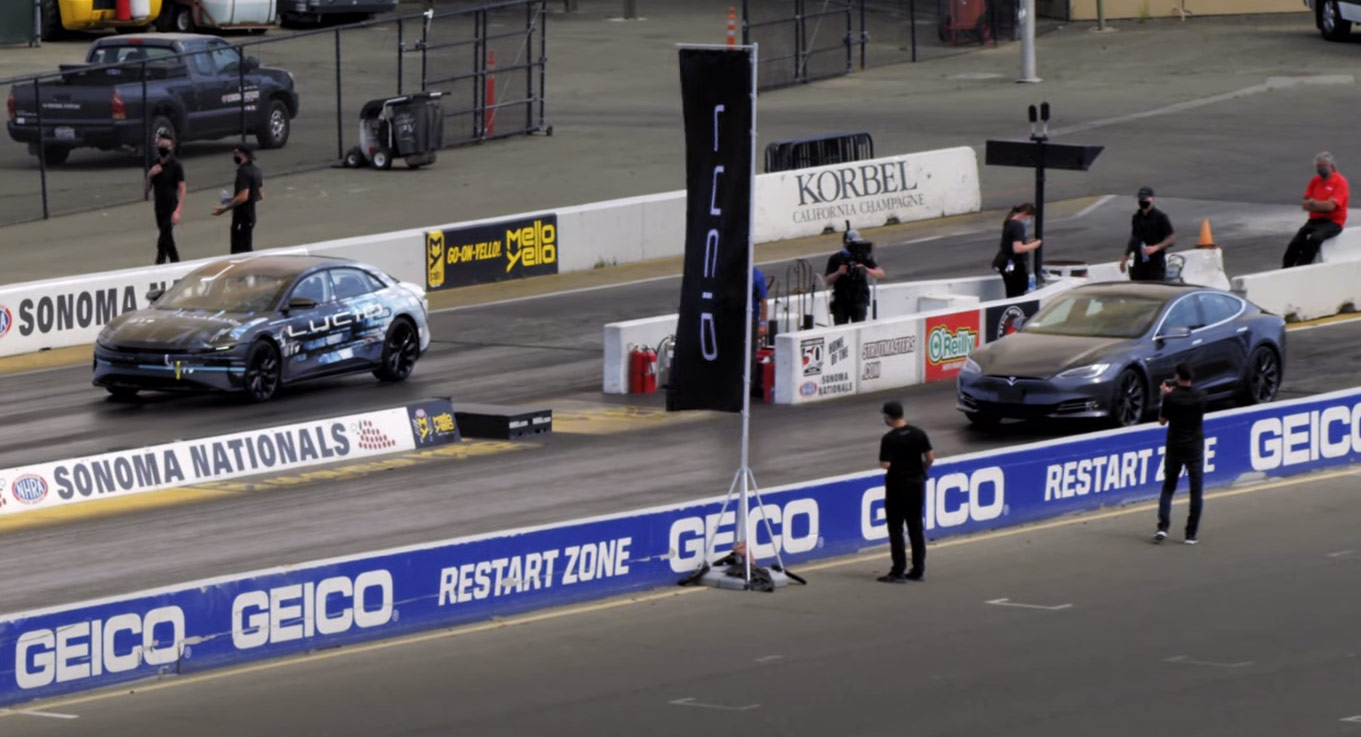 As we edge closer until the Lucid Air’s long-awaited unveiling on September 9, the car manufacturer has revealed some key performance specifications for the EV.

Powering the Air will be a pair of electric motors with one at the front axle and one at the rear axle, receiving their juice from a 113 kWh battery pack. All up, the Air will pump out up to 1,080 hp and will be able to achieve quarter-mile times as low as 9.9 seconds on a consistent, repeatable basis.

In the cheeky video released by Lucid, the Air is seen going up against a Tesla Model S on the drag strip which it clearly beats when passing through the 1/4 mile mark, while also briefly showing a Porsche Taycan.

The Lucid Air’s drivetrain was developed in-house and combines ultra-efficient permanent magnet electric motors with an inverter and an integrated transmission and differential to create a state of the art, 900V+ electric drive unit that weighs just 163 lbs (74 kg) and is small enough to fit into a standard airline carry-on roller bag. Each of these drive units pack over 650 hp.

In a press release detailing the powertrain, Lucid says the “compactness allows for one, two, or even three units to be used to power a Lucid Air,” suggesting that single-motor and tri-motor variants could be on the cards in the future.

Beyond its straight-line performance, we know the Air has a class-leading EPA estimated range of 517 miles (832 km) and is the world’s fastest charging EV, offering 300 miles (482 km) of range in just 20 minutes.