Known for its massive engines, serious towing capability and luxurious interior, the Ford Excursion was a very interesting SUV.

Τhis particular example might just be the most interesting of them all, considering that it packs a serious amount of upgrades. Built for King Abdullah of Jordan and used for transportation during his visit to the U.S., it cost a whopping $620,000 back in the day according to the ad, which we’ll get to in a minute. 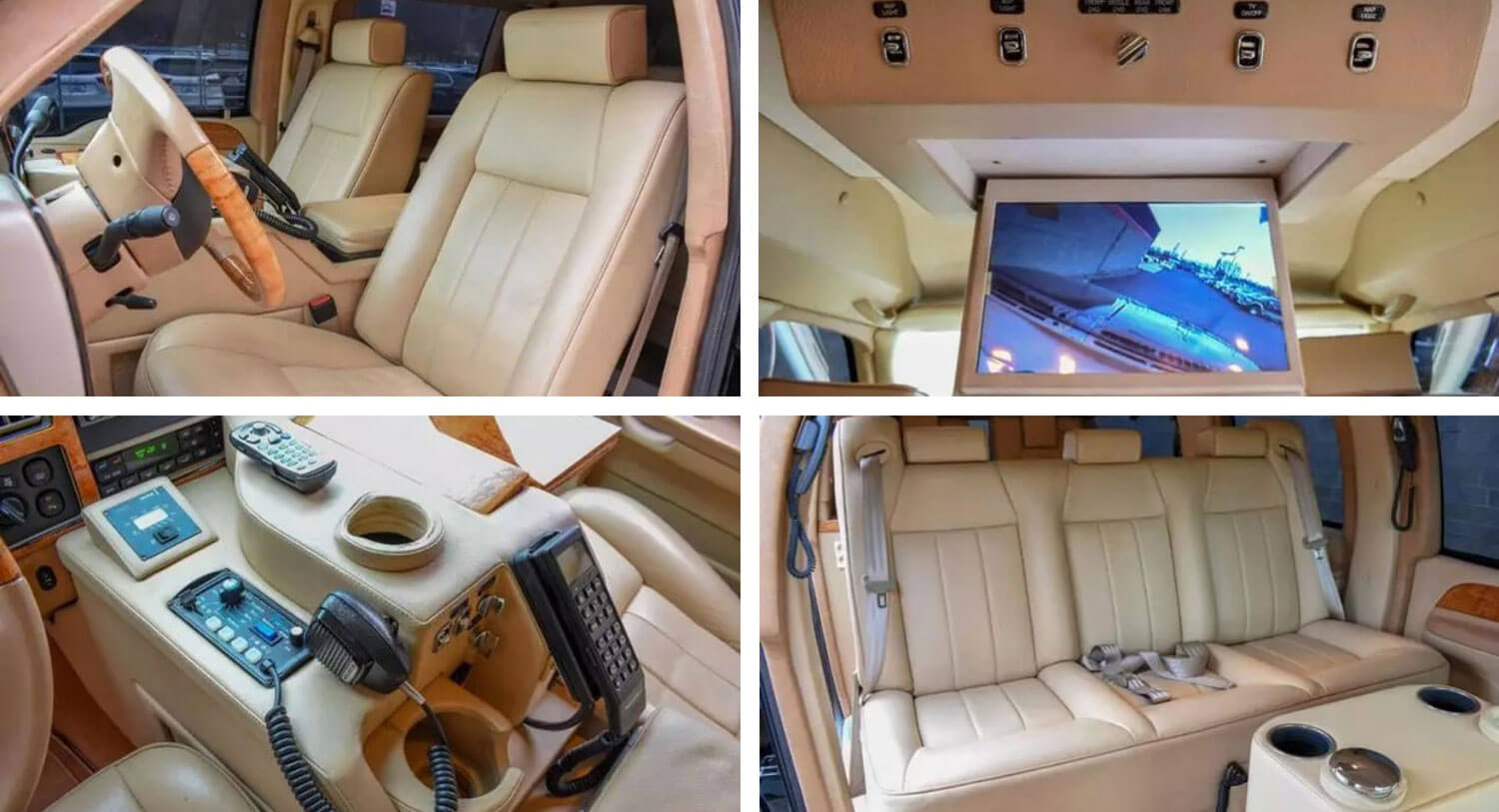 Some of the highlights of this Excursion include the extended body, 360-degree armoring which includes 3-inch bulletproof windows, fuel tank protection and surveillance cameras, all meant to keep the King safe.

The interior has been given an extra dose of luxury and convenience, with heated seats with massage and reclining functions, DVD player, power folding 15-inch screens, a navigation system, folding tray tables and even a refrigerator that can still keep your beverages cool mounted at the front.