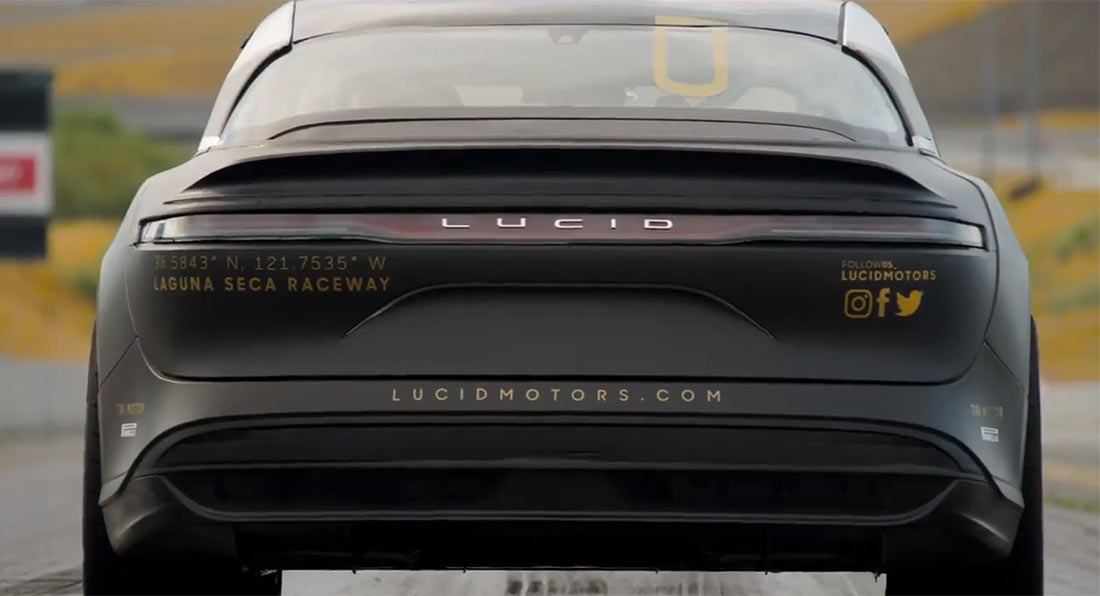 Hot on the heels of Tesla claiming that the Model S Plaid can sprint down the quarter-mile in less than 9 seconds, Lucid has taken to Twitter to show a prototype of its forthcoming tri-motor Air running a 9.245-second quarter-mile.

Read Also: Lucid Is Testing A Tri-Motor Air Prototype That Can Run A 9.3-Second Quarter-Mile

Admittedly, the tri-motor Air prototype being tested by Lucid has a stripped-out cabin and has a roll cage, so it’s unclear if the production model will weigh a little more with its standard seats.

With the developing of the Model S Plaid and the tri-motor Lucid Air, it’s pretty clear that we’re entering into a new age of electric vehicle performance. Not only are the driving ranges of EVs improving but they are out-performing even the most expensive and exotic supercars. If electric sedans are this fast, we can’t begin to imagine what forthcoming electric hypercars will be capable of.

Admittedly, this is all a bit of a pissing contest on the part of Tesla and Lucid. While many Tesla fanboys will be delighted to see that Mr. Musk has stolen some shine from Lucid with the new Model S Plaid, the truth is that the Model S is over eight years old and desperately needs an update. While it may have the edge over the Lucid down a drag strip, the interior of the Air appears far more modern, advanced, and luxurious. On the other hand, Tesla’s supercharging network is unrivaled.

Can’t we just appreciate both cars for what they offer?