The Infiniti QX60 is nearly a decade old, but it remains one of the brand’s strongest sellers. That trend should continue with the next-generation model which is being previewed by the new QX60 Monograph.

Described as “more than a design study or concept,” the QX60 Monograph provides a “tangible” look at the production model which will be introduced next year. Judging by the looks of the crossover, it can’t come soon enough.

Infiniti was coy on specifics, but the Monograph has a sporty front fascia with “digital piano key” headlights that reside on either side of a prominent grille. The latter is notable for more than its bling as it features an illuminated Infiniti logo.

Elsewhere, there are vertical air intakes and bright skid plates. The model also has gloss black cladding and a long hood.

While the side of the QX60 are its weakest styling point, that’s not an issue with the Monograph as the model has flowing bodywork. The streamlined design is further enhanced by retractable door handles and blacked out pillars which make the glass surfaces “seamlessly connect.”

Designers also gave the crossover a gloss black roof and a panoramic sunroof that features a “kimono fold” pattern. The company describes the latter as a “series of intricate perpendicular lines” that draw inspiration from the folds of a silk kimono as well as modern Japanese architecture. 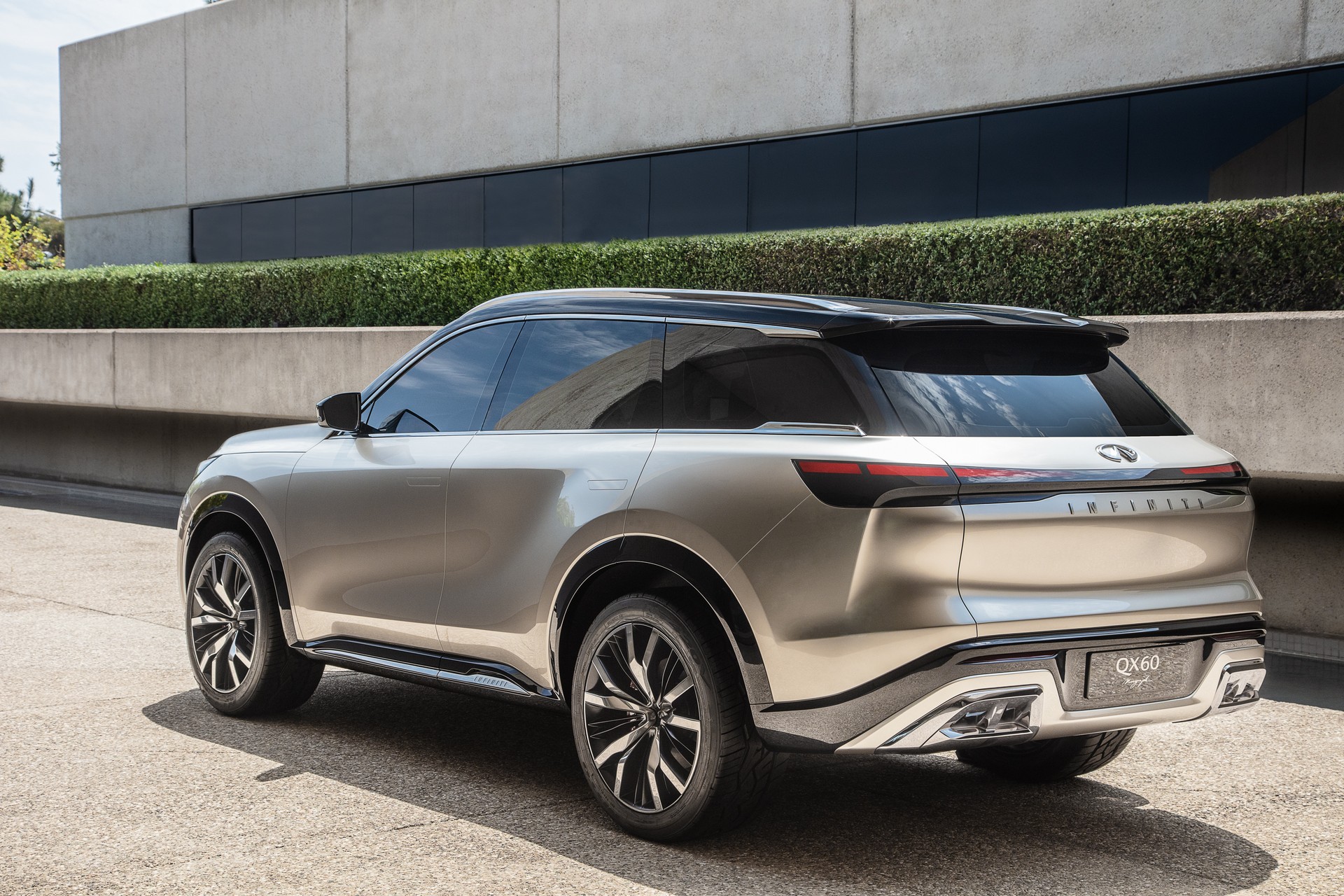 Continuing to the rear, the Monograph has a curvaceous liftgate with an angular window.  There’s also a gloss black spoiler with a recessed center section that flows into the roof.

The tinted taillights look full-width, but are separated by a small black section. When the lights are off, Infiniti says they appear to “wrap around the back of the vehicle and into the rear flanks in one continuous shape.” 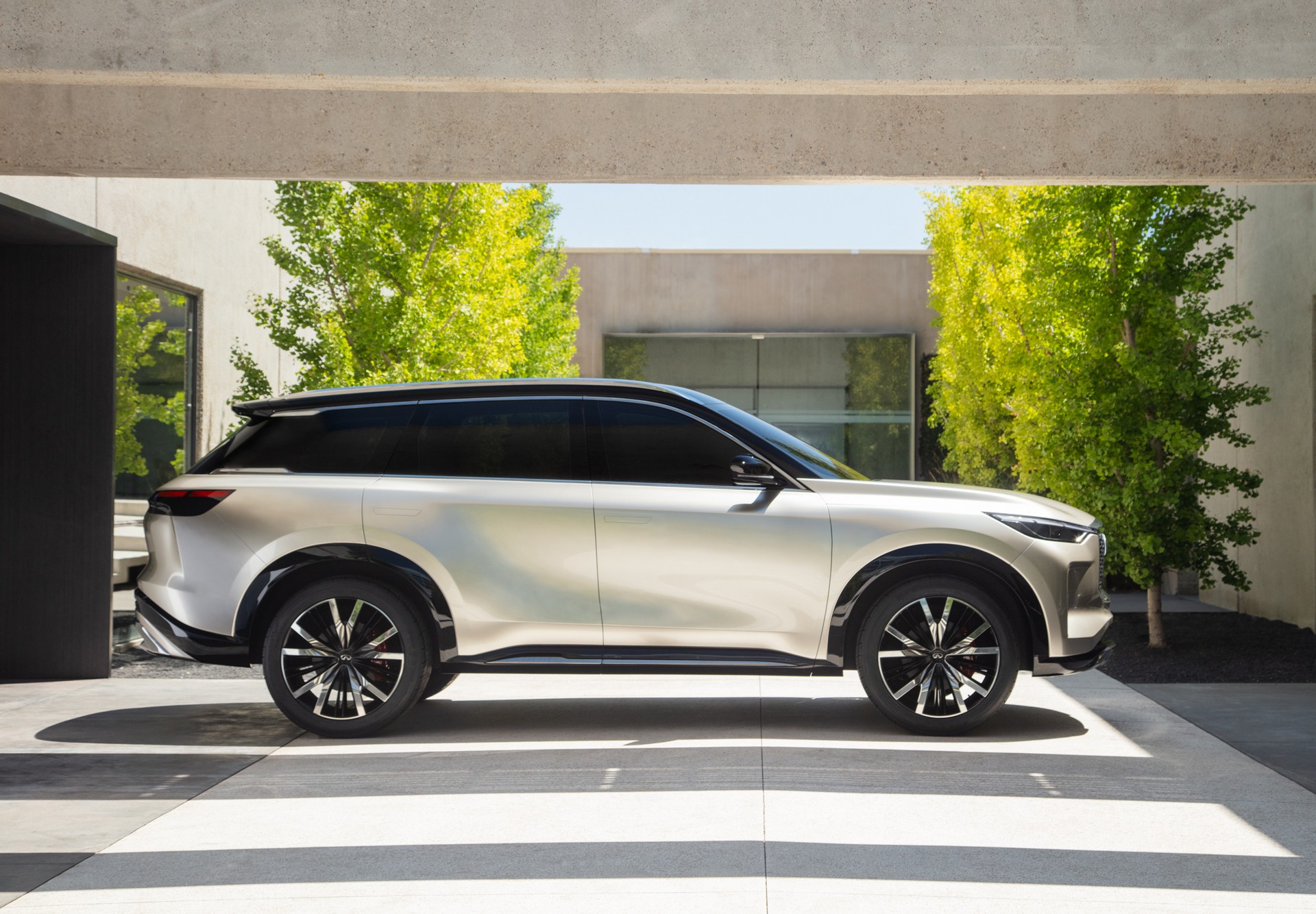 According to styling guru Alfonso Albaisa, “In crafting this Monograph, we wanted to change the tonality of the QX60 and transform the nameplate from a sculptural and architectural point of view.” Nissan’s senior vice president of global design went on to explain, “We raised the visual center of gravity, giving it a strong, straight shoulder line that carries through to the hood, with a higher, more prominent grille, and longer-looking cabin to deliver a sense of muscularity and a commanding presence.”

The company didn’t release interior pictures or technical specifications, but confirmed the QX60 will remain a three-row crossover. That isn’t surprising and it’s possible the upcoming production model could use the QX50’s 2.0-liter VC-Turbo four-cylinder engine that produces 268 hp (200 kW / 272 PS) and 280 lb-ft (379 Nm) of torque.