Infiniti will soon throw its hat in the ring and challenge the likes of the BMW X4, Mercedes GLC Coupe and the newly-released Audi Q5 Sportback with a coupe variant of the QX50 crossover.

Dubbed QX55, the new model is set to arrive in showrooms nationwide next spring and will be unveiled online on November 11. Until recently, all we had to go on were two teaser images, showcasing a little bit of the rear end and the upper silhouette.

Thankfully, Kolesa took what was revealed in those images and added everything to what we already had with the QX50. The result is this possibly very accurate rendering of the 2021 QX55, featuring the real model’s tailgate and taillight graphics design.

The rest of the car is basically the QX50, but with a sloping roofline, which should be a fair way of describing the QX55 when it finally breaks cover a month and a half from now. 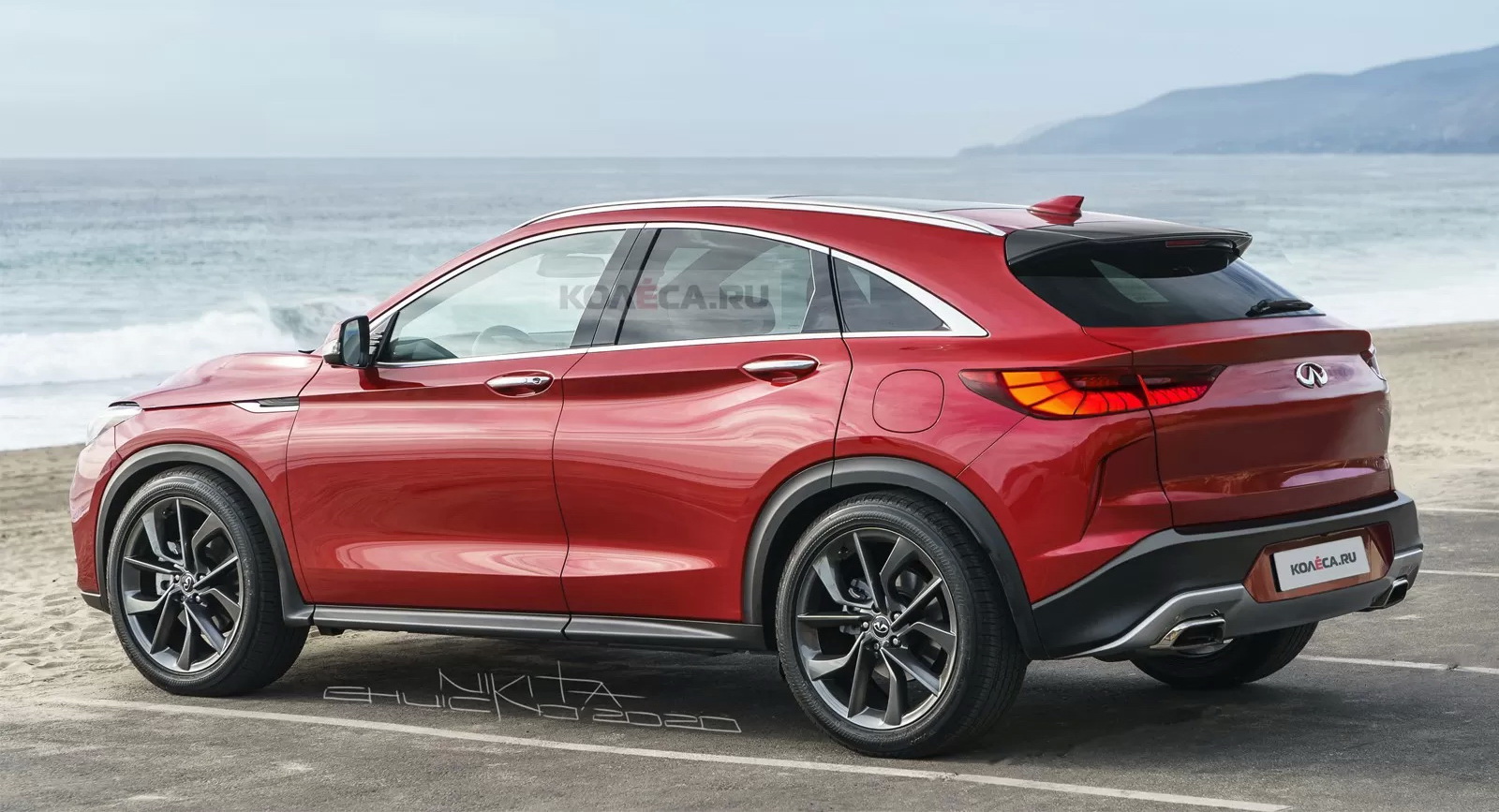 Something the render didn’t get exactly right are the taillights themselves, which appear a little more boomerang-shaped in reality, with their far edges reaching all the way to the window chrome surround, but not beyond, like you see in the drawing. Otherwise, this is mostly what we can expect from Infiniti’s BMW X4 rival in terms of its appearance, including that new angular crease that goes into the tailgate.

Inside, the QX55 will of course look just like its QX50 sibling as far as the dashboard design is concerned. There will be less headroom at the rear, but on the bright side, buyers might get to pick from a wider range of upholstery and trim options.

As far as powertrain options, expect the same 2.0-liter turbocharged four-pot as you get in the QX50, where it puts down 268 HP and 280 lb-ft (380 Nm) of torque with the aid of a CVT gearbox and an all-wheel drive system. Entry-level grades will probably still feature front-wheel drive as standard though.

Note: These are independent illustrations made by Kolesa and are in no way related to or endorsed by Infiniti 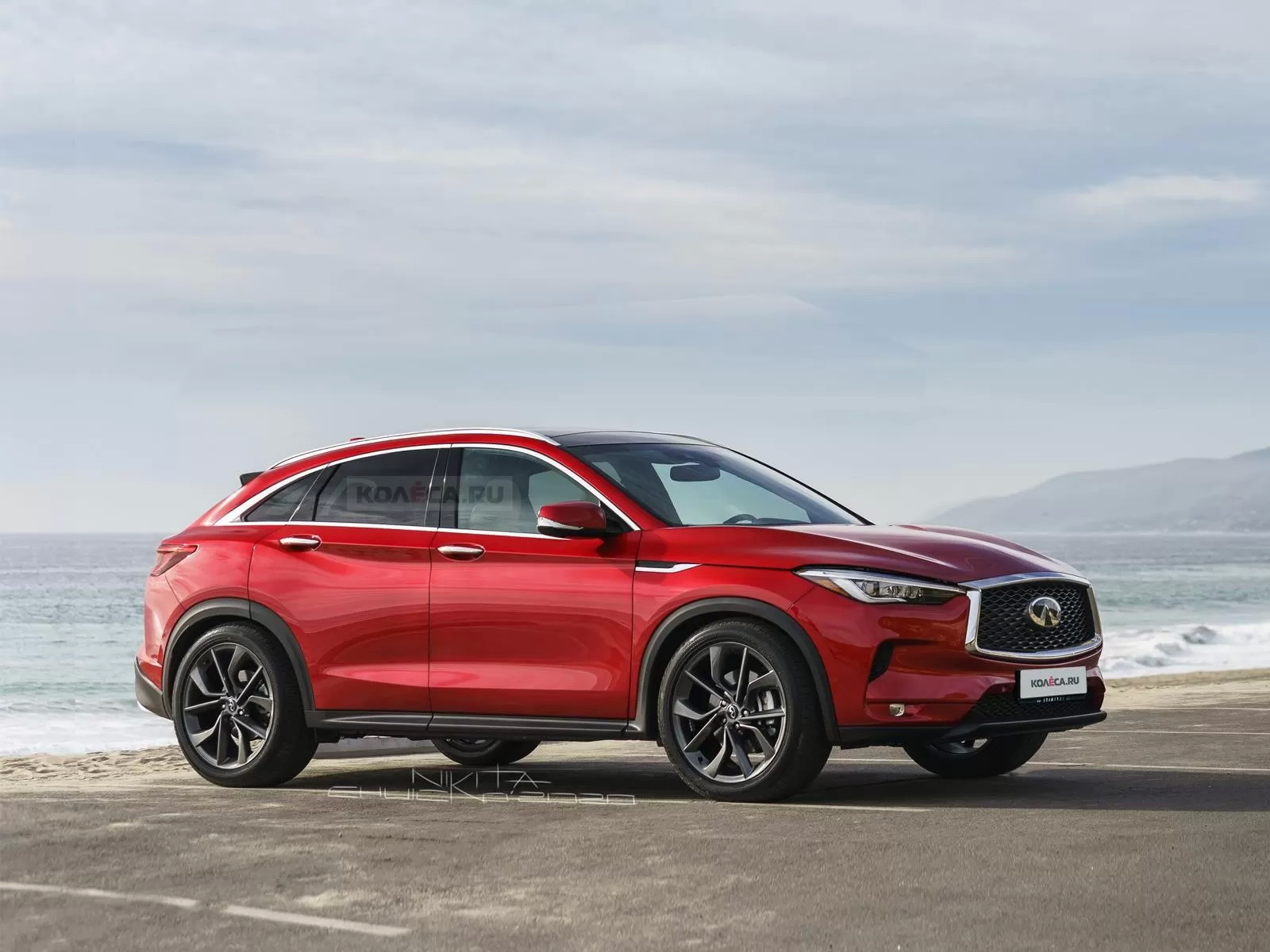