No, this isn’t a new Hyundai Elantra or a unique Mercedes-Benz CLA but is in fact the new MG5.

Unveiled to the public at the Beijing Auto Show, the MG5 has an aggressive front fascia with a pair of angular headlights. The front grille is also quite eye-catching thanks to the gloss black finish and matte black accents on either side.

The side profile could be the best angle to view the car. Most notable is a sculpted design line that stretches from the headlights and along the doors before curving upwards and finishing at the taillights. There is also a significant crease that runs along the base of the doors. 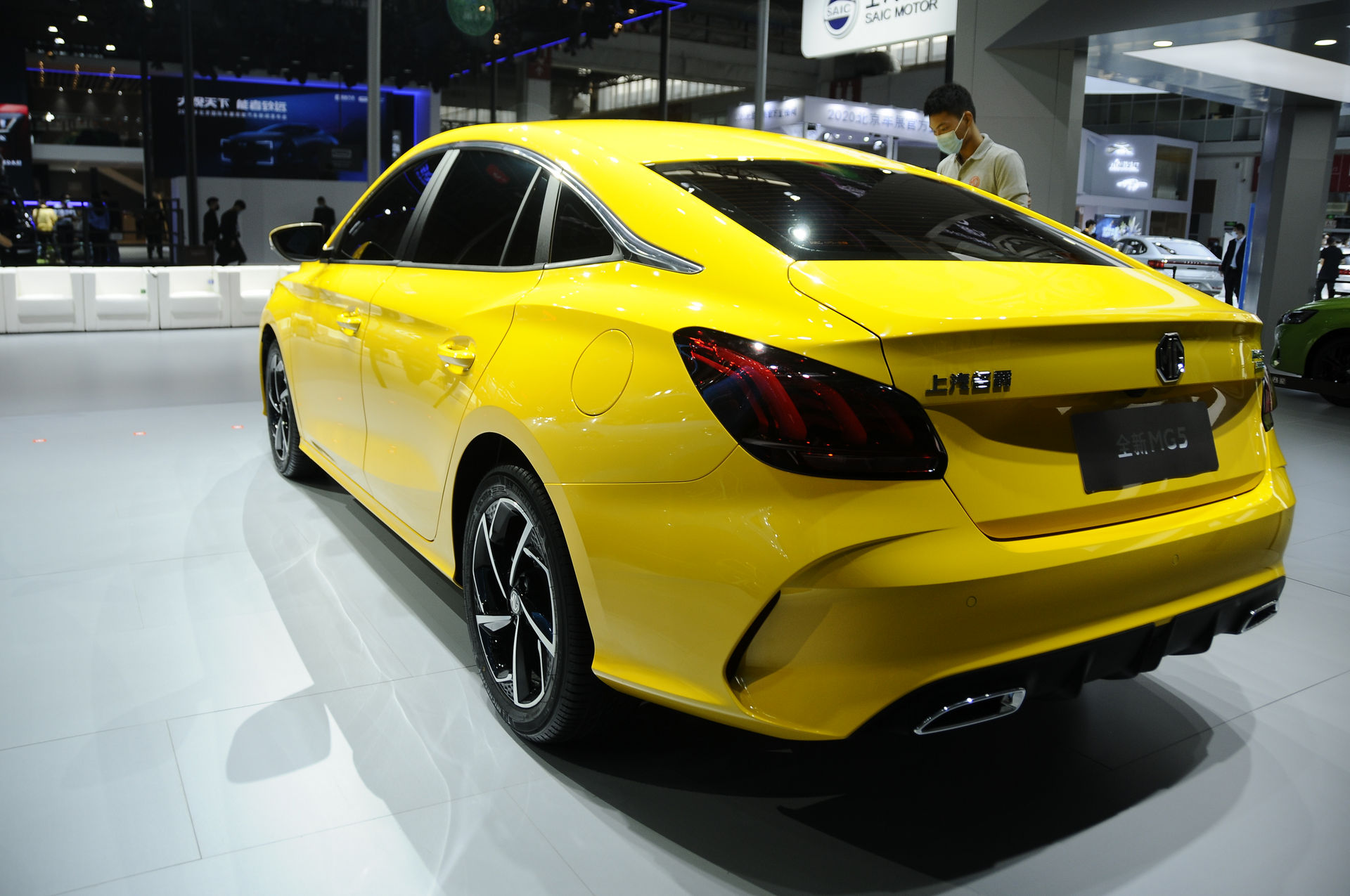 MG’s designers have fitted the rear of the car with a set of tinted taillights, an aggressive diffuser, chrome-tipped tailpipes, and a complex bumper with various curved surfaces. The aforementioned taillights are particularly eye-catching thanks to their C-shaped signatures.

Chinese buyers will have two engines to choose from. The first is a 1.5-liter model with 120 hp while the second is a 1.5-liter turbocharged engine with 173 hp.

The Chinese-spec MG5 is not to be confused with the 2021 MG5 that was added to the automaker’s UK line-up last week. While badged a MG5 in Britain, that particular model is sold as the Roewe Ei5 in China and has already been on the market for almost three years.