Lucid has released a video and photos of a recent testing session at the WeatherTech Raceway Laguna Seca track that saw a tri-motor prototype of the Air lap the circuit in just 1:31.3.

The car manufacturer says the lap time was achieved during a testing session conducted by its chassis engineering team on September 17. Sitting behind the wheel was John Culliton, a mechanical engineer from Lucid, rather than a professional racing driver. Lucid notes the time was set with the car using wider-than-stock wheels and tires, while images confirm that the car’s interior was stripped out and there was a roll cage in the rear.

Read Also: Spec Out Your Ideal 2021 Lucid Air With The Online Configurator 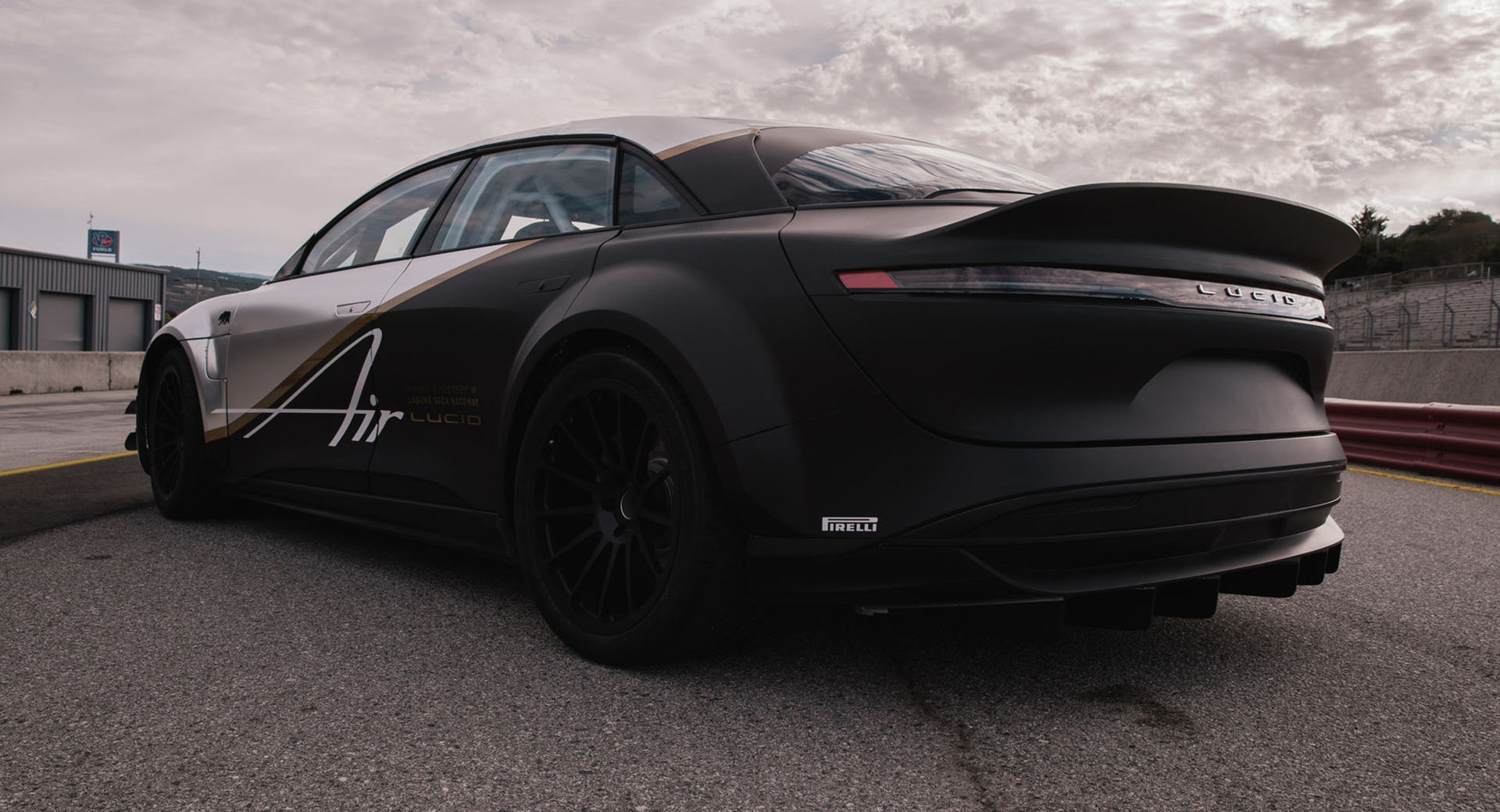 A time of 1:31.3 puts the tri-motor Lucid Air exactly one second behind the best time recently recorded by a Tesla Model S Plaid prototype. To Lucid’s credit, it has also released video of the tri-motor Air running down the quarter-mile in 9.245 seconds, while Tesla’s claim of a sub-9-second quarter-mile in the Model S Plaid is nothing more than that at the moment: a claim.

The production car lap record at the circuit is the McLaren Senna with a time of 1:27.62. A time of 1:31.1 puts the Lucid Air just 0.4 seconds behind a McLaren P1 and faster than a Ferrari 488 GTB, Chevrolet C7 Corvette ZR1 and almost two seconds faster than a Mercedes-AMG GT R.

In addition to having a stripped-out cabin, the Lucid Air prototype used during testing has a host of aero parts that lesser variants don’t. For example, it sported a large ducktail rear spoiler, a large rear diffuser, and bespoke canards up front. It also had flared wheel arches to support the wide wheels and tires.