Say hello to the Roewe iMax 8, a minivan unveiled at the Beijing Auto Show and expected to hit the Chinese market in the fall.

Roewe is owned by SAIC and as far as minivans go, the iMax 8 has quite an intriguing design. This is particularly apparent at the front end where the iMax 8 features a truly gargantuan grille that is surely one of the largest in the automotive industry. Complementing this grille are a pair of large air intakes as well as headlights with LED daytime running lights. The MPV also has an LED lightbar stretching the width of the front.

There’s nothing of particular note in regards to the sides of the iMax 8, other than a stylish D-pillar with an intriguing geometric pattern. Found at the rear are a set of stylish taillights with complex LED signatures. Also visible is a piece of chrome trim connecting the lights together. 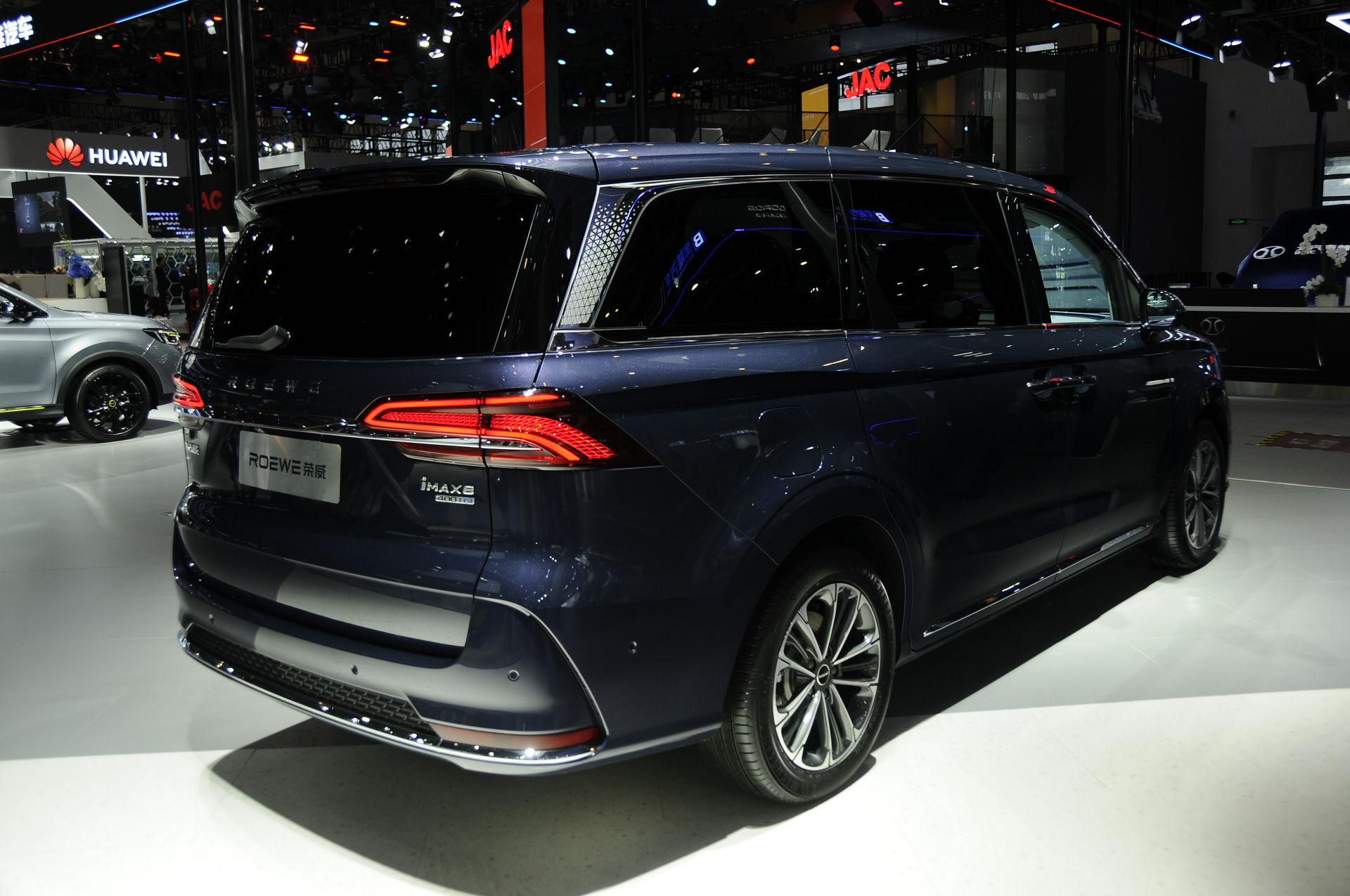 Interestingly, the minivan is based on the pre-existing Maxus G20 and will be sold in six, seven, and eight-seat configurations. The example currently on display in Beijing has a pair of captain’s chairs in the second row that include electric adjustments and exceptionally plush headrests. The interior is also clad in a mix of white and blue leather.

It is understood that the iMax 8 will be sold in petrol and all-electric forms. On the petrol front will be a 1.5-liter turbocharged four-cylinder with 180 hp, as well as a 2.0-liter turbocharged four-cylinder delivering 224 hp. Both engines will be coupled to an Aisin eight-speed automatic transmission. Limited details about the electric model are known but it will apparently deliver around 200 hp.