The Maven concept by Weltmeister is the latest in a series of electric vehicles to emerge out of the Beijing Auto Show.

The concept takes the shape of a streamlined four-door sedan and up front, has a set of sleek and curvaceous headlights that are connected by a light bar. At the rear it sports thin taillights and its overall design is so sleek that it has a drag coefficient of just 0.23.

Also catching the eye are the lack of traditional B-pillars, suicide rear doors, retractable door handles and aerodynamic wheels that further help to improve aerodynamics and the vehicle’s range. 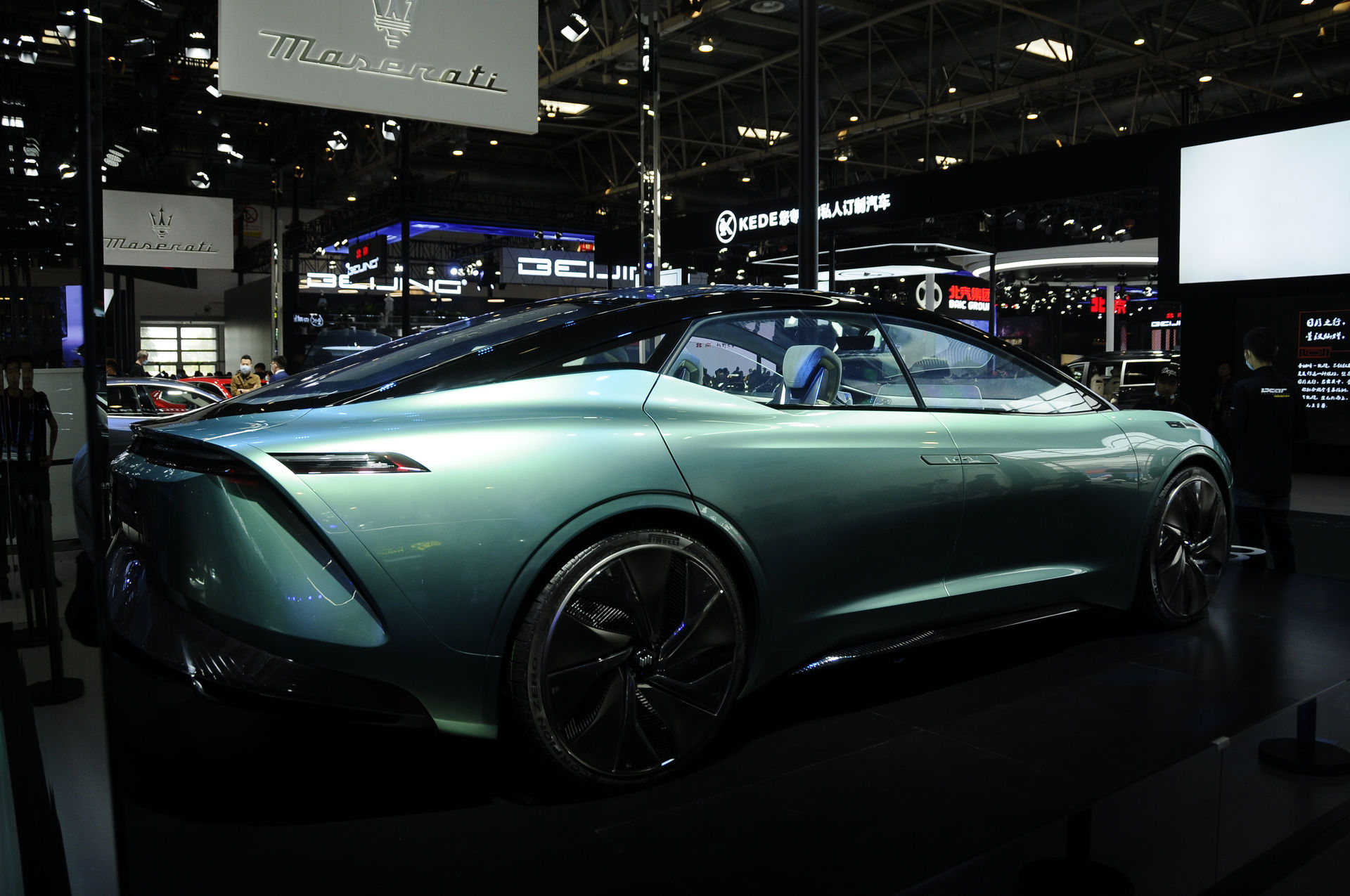 A look at the interior reveals that there are no traditional controls like a steering wheel of pedals. That’s because the Maven has the ability to drive itself and is equipped with advanced 5G technology, V2X functions, Level 3 autonomous driving and a Level 4 automatic parking function.

Much like the exterior paint scheme, the interior of the Maven concept has a light green upholstery adorning the seats and door panels. The cabin also features a host of golden accents, including on the seat belts, door handles, and through the exterior edges of the center console.

Details about the Maven’s powertrain are limited, but we do know that the concept is all-electric, has an NEDC range of 800 km (497 miles) according to CarNewsChina, and, as insideevs reports, Weltmeister plans to put it into production next year.