Geely’s London Electric Vehicle Company has showcased its all-electric LX at the Beijing Auto Show but the car presented is a little different than most.

In markets such as the UK, the vehicle is dubbed the TX but this example is dubbed the LX. As far as we can tell, it’s just a simple name change for the Chinese market. Name aside, this vehicle from LEVC stands out because it has been extensively modified by Lorinser.

The well-known tuning company has started out by painting the EV in a two-tone paint scheme where the bottom half has a black finish while the top half has a gold finish. Loads of other alterations have been made to the exterior, including a unique chrome grille and a bespoke bumper with large air intakes. Lorinser has also fitted a massive hood ornament. 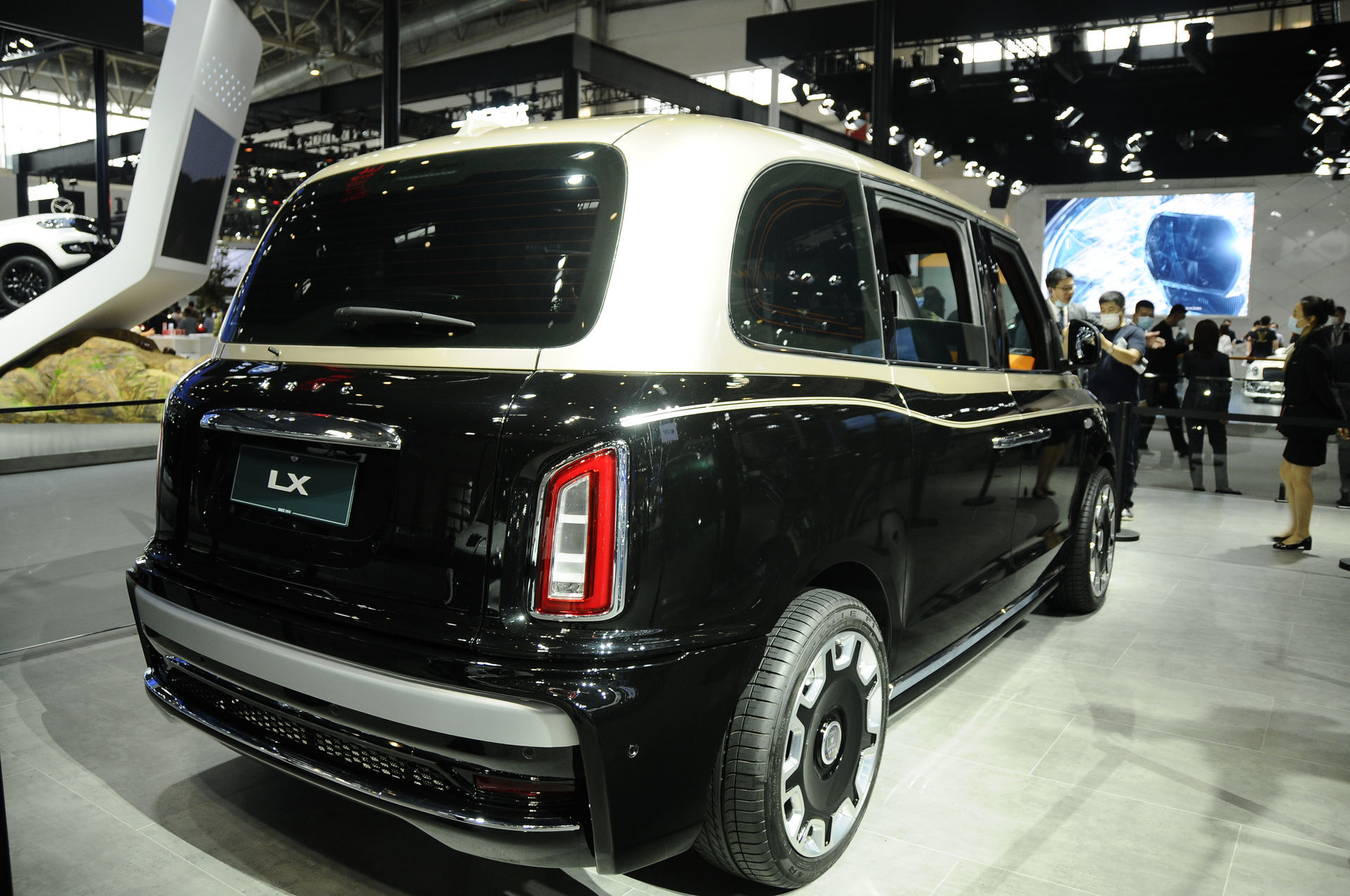 Elsewhere, the show car includes a set of custom black and silver wheels, as well as a sporty rear bumper.

Lorinser’s modifications continue in the cabin. Whereas the standard LEVC TX has a simple three-spoke steering wheel lifted from the Volvo parts bind, Lorinser’s model has a distinctive flat-bottomed steering wheel wrapped in black and orange leather with a carbon fiber portion at the top. The vehicle also abandons the standard model’s shroud around the Volvo infotainment screen sitting in the center of the dashboard.

A host of orange accents are also featured through the cabin, including across the dashboard, seats, and door panels.