The AMC Javelin is nice old-fashioned muscle car, and to enthusiasts and collectors, is pretty much perfect. However, Abimelec Design thought he could make it even more appealing with a series of stylish modifications.

The first area of the muscle car that the designer worked on was the front end, claiming that the front overhang is simply too long and it messes with the proportions of the car. Consequently, the front section has been shortened to make the Javelin slightly smaller and more appealing to the eye. 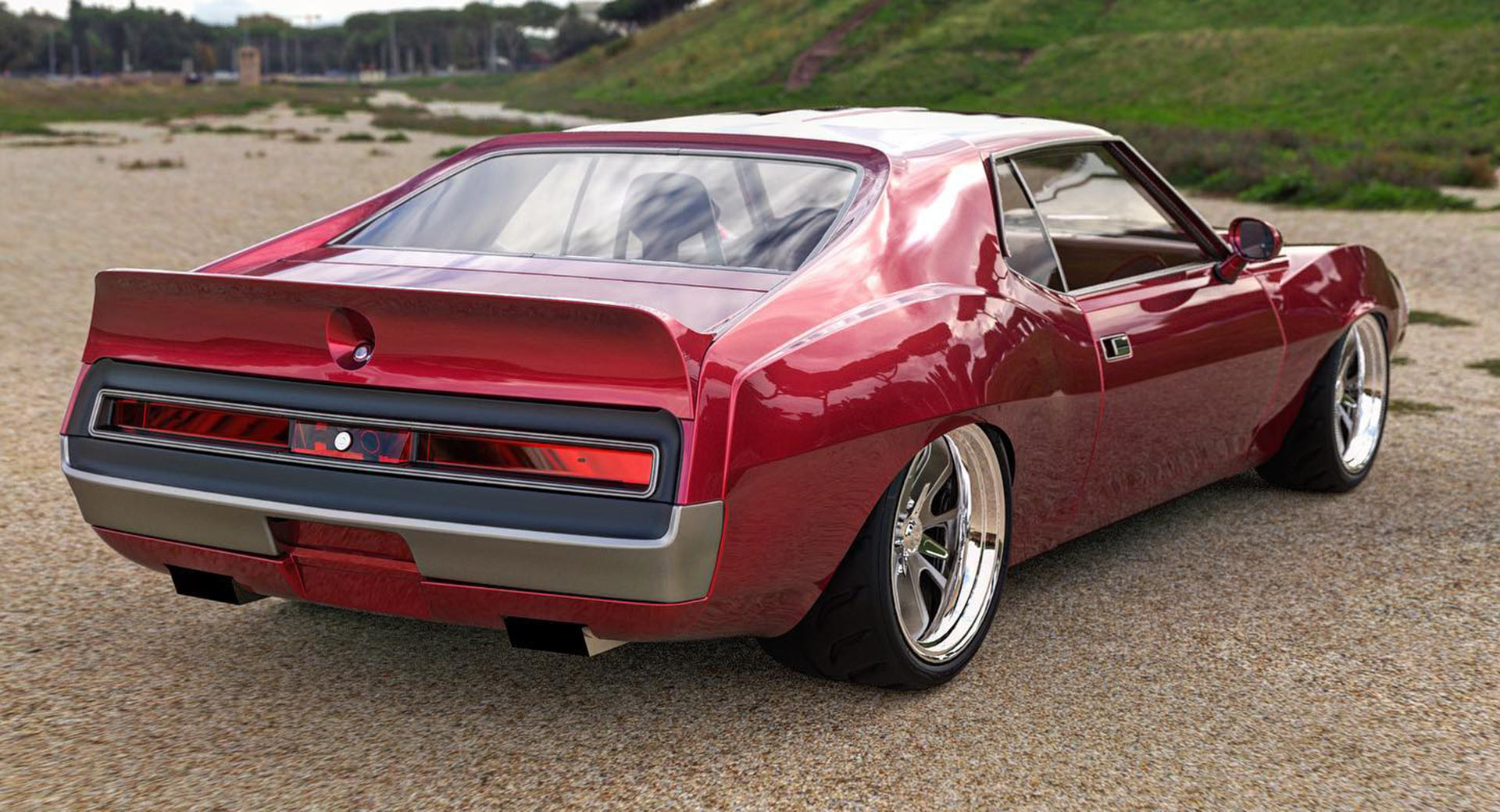 This Javelin also has a series of other modifications that make it look a touch more modern. For example, there are new headlights with LED daytime running lights, swollen wheel wells, Shelby wheels and a ducktail spoiler that works nicely with the overall looks and proportions of the muscle car. The inside has also been tweaked and sports seats from a Ford GT.

Completing the wild restomod is a 6.2-liter supercharged Hellcat V8. Not only has this engine renewed interest in FCA’s range of performance cars, but it has also become popular throughout the restomod scene and would have given the Javelin extraordinary performance. As a nod to the AMC 401 cubic-inch V8 that the Javelin was originally fitted with, Abimelec Design has painted the block and heads in a bright shade of teal.