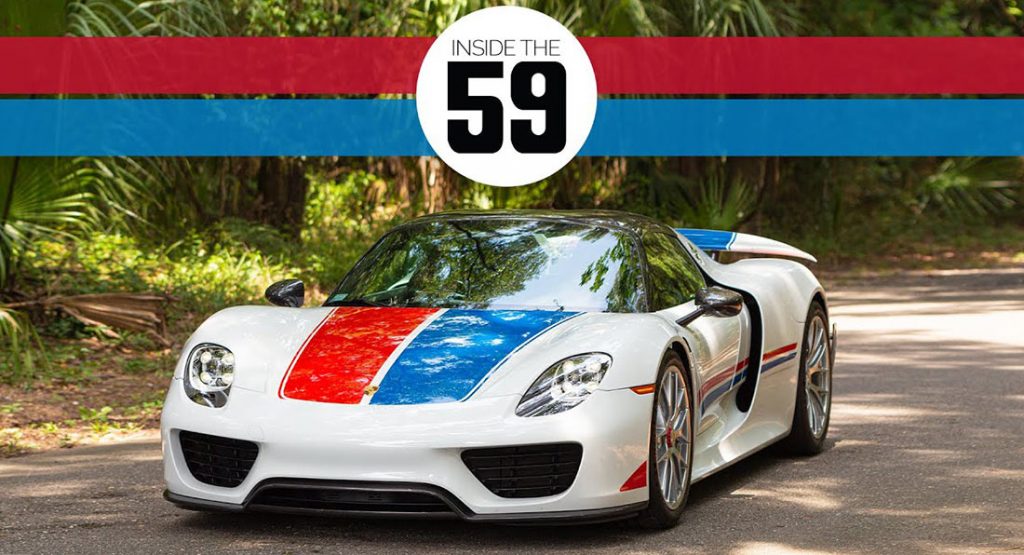 The Brumos Collection in Jacksonville, Florida is home to an incredible array of road and race cars and two of the very finest featured in this video are a 959 and a 918 Spyder with a one-off livery.

This clip forms part of the collection’s ongoing ‘Inside the 59’ video series. Featured first is the iconic 959, and the example owned by The Brumos Collection is unlike any other. In fact, this 959 is a pre-production prototype formerly owned by Helmuth Bott, who was Porsche’s chief engineer at the time of the 959’s development.

Watch Also: Can A Porsche 918 Spyder Beat The Mighty Bugatti Chiron In A Straight Line?

When the 959 was launched back in 1986, it was viewed as the most technologically advanced sports car ever and was powered by a twin-turbocharged 2.8-liter flat-six engine with air-cooled cylinders and water-cooled heads. Coupled to this engine was a five-speed manual transmission. Elsewhere, the 959 came equipped with an adjustable suspension that allowed owners to tweak the ride height. It also has an advanced all-wheel drive system that offers different driving modes and adjusts the torque split.

The second half of the video focuses on the 2015 918 Spyder that the collection owns. This particular 918 Spyder has the optional Weissach package and was painted with the collection’s white, blue, and red livery, making it unlike any other 918 produced.

While production of the 918 Spyder ended more than five years ago, it is still cherished by enthusiasts and remains one of the fastest production cars ever designed.