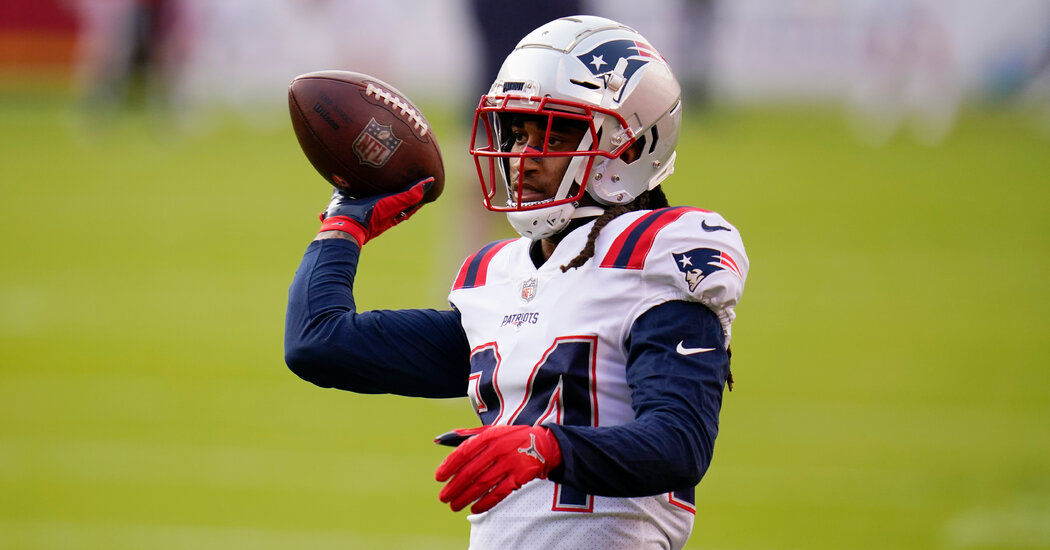 New England Patriots star cornerback Stephon Gilmore, the league’s defensive player of the year in 2019, has tested positive for the coronavirus, forcing the team to cancel practice Wednesday as N.F.L. infections continue to climb despite health protocols.

Gilmore was revealed to have tested positive two days after the league put into place new measures meant to halt the spread of infections. They include video surveillance of players and team personnel to ensure mask-wearing, a prohibition against traveling during bye weeks and a limit on the number of free-agent tryouts.

On Monday, the Patriots played at Kansas City, a game that had been pushed back a day after quarterback Cam Newton and a Chiefs practice squad quarterback, Jordan Ta’amu, also tested positive. With no new positive tests emerging for either team on Sunday or Monday, the league staged the game on Monday night, with the Patriots chartering two planes — one for players who had been in contact with Newton, another for those who hadn’t — to travel.

Now, the new positive test may put the Patriots’ home game Sunday against the Denver Broncos in peril.

On Wednesday, the Tennessee Titans, who have been grappling with an outbreak for more than a week, learned that two more players had tested positive, bring their total of players and employees who have tested positive since Sept. 24 to 22.

And in Florida, the Miami Dolphins said they had no plans to play games before a full-capacity Hard Rock Stadium, despite being cleared to do so.

A spokesman for Florida Gov. Ron DeSantis said Wednesday that the team was free to host home games with a maximum number of spectators in attendance — 65,000 — if they chose.

Tom Garfinkel, the Dolphins’ chief executive, said the team was keeping the cap at 13,000. “We’ll continue to follow C.D.C. guidelines and put everyone’s safety first and monitor things as we go,” he said.