While SUVs continue their march towards total market domination, it’s rather refreshing to see Peugeot working on the next-generation 308 hatchback, the carmaker’s answer to the VW Golf.

The test car you see in the pictures remains fully camouflaged as before, trying to hide what we hope is a much interesting car to look at than the current 308. Not that there’s anything wrong with the current model, but at the same time one can say it’s a bit too Germanic for a car that wears the Peugeot badge.

The next-generation 308 will adopt many styling cues from Peugeot’s newer models, like the 508 and the 208, featuring design details like the trademark vertical daytime running LED lights, slim taillights, and the latest take on the company’s i-Cockpit interior architecture. 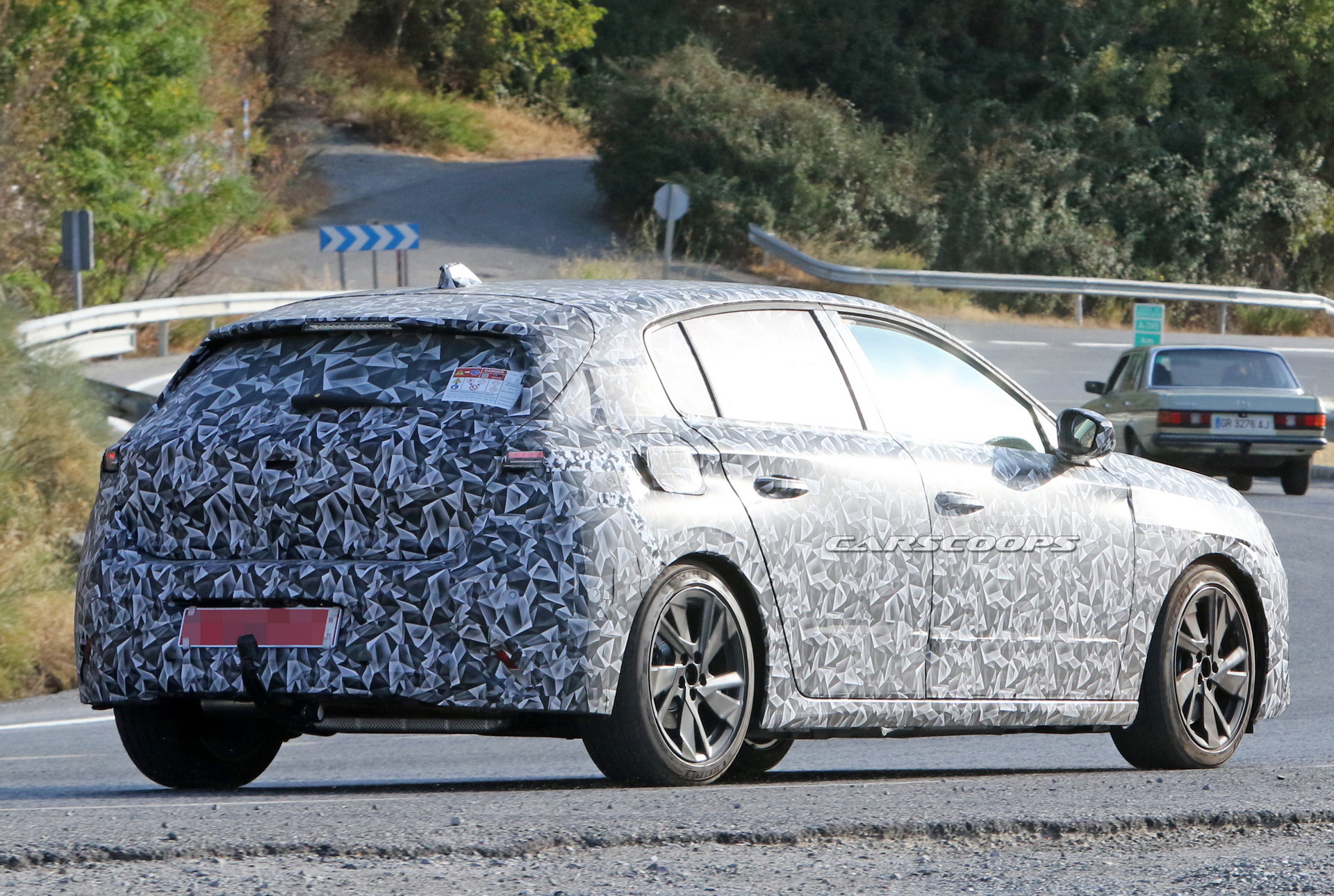 The new 308 is going to be based on an updated version of PSA’s EMP2 architecture and will be powered by a range of petrol and diesel mild-hybrid powertrains in addition to at least two plug-in hybrid options.

The new plug-in hybrid variants of the 308 are expected to combine a 1.6-liter petrol engine with electric power. The more affordable one will employ a single electric motor and drive the front wheels while the more powerful model will gain an additional unit driving the rear wheels, giving it all-wheel-drive.

Earlier reports suggest that the range-topping PHEV variant of the next 308 will fall under the new Peugeot Sport Engineered (PSE) brand, which recently launched the 355 HP 508 PSE plug-in hybrid. The new 308 PSE is expected to offer around 300 HP and go against models like the VW Golf R.

Peugeot is expected to reveal the new 308 in 2021, with a market launch closer to 2022, and as the current model, it will be offered in five-door hatchback and station wagon body styles.