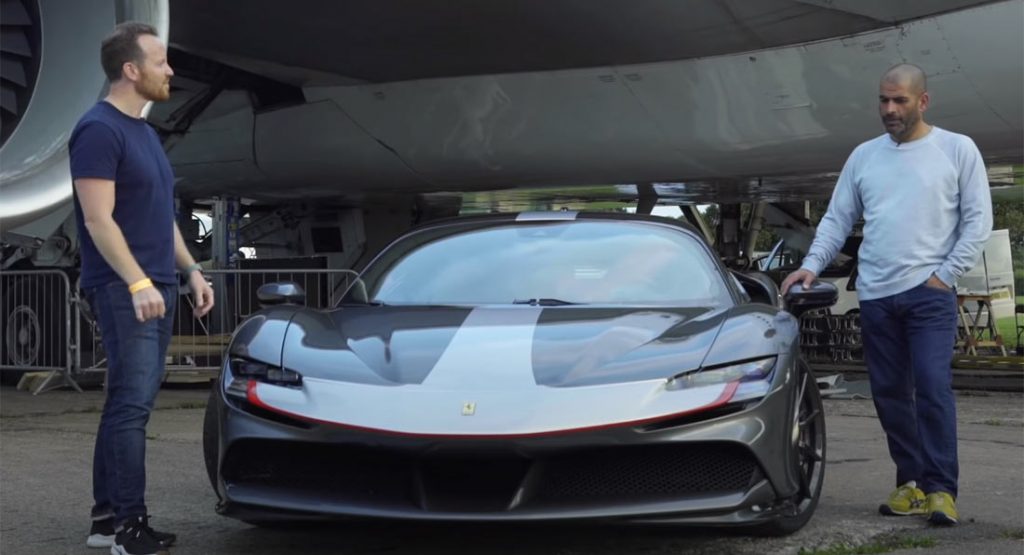 If you watched the first episode of Top Gear’s 29th season last weekend, you’ll know that Chris Harris drove the Ferrari SF90 Stradale at the Vallelunga circuit in Italy, while The Stig set a new lap time record around the Top Gear Test Track.

There’s no doubt the SF90 Stradale is fast. After all, it is powered by a twin-turbocharged 4.0-liter V8 engine that’s good for 769 hp and 590 lb-ft (800 Nm) of torque and is joined by two electric motors at the front axle and a third electric motor between the engine and the eight-speed dual-clutch transmission.

Despite all that the SF90 Stradale has going for it, Harris wasn’t won over by it. For one, the veteran automotive journalist isn’t a fan of the complexity of the powertrain. He thinks it would be a better idea for Ferrari to have developed a hybrid that features a mid-mounted engine and electric motors at the rear, eliminating the all-wheel drive system of the SF90 and helping to create some additional luggage space up front. Harris also comments on how much more eye-catching the design of the LaFerrari is, suggesting the SF90 is a little too tame and that its styling was dictated by aerodynamics rather than a person.