Subaru has unveiled the “most outrageous” WRX STI ever created and confirmed the model will play a starring role in the next installment of the popular Gymkhana series.

Billed as a “custom-built tire destroyer,” the model was built with the assistance of Vermont SportsCar and features an exposed carbon fiber body.

Subaru was coy on specifics, but we can see an extreme aerodynamics package which includes canards, a front splitter and a double decker rear wing. The model has also been equipped with a massive diffuser, extended wheel arches and an ‘open’ rear trunk.

Also Read: Travis Pastrana And Subaru To Star In Gymkhana 11 In Place Of Ken Block 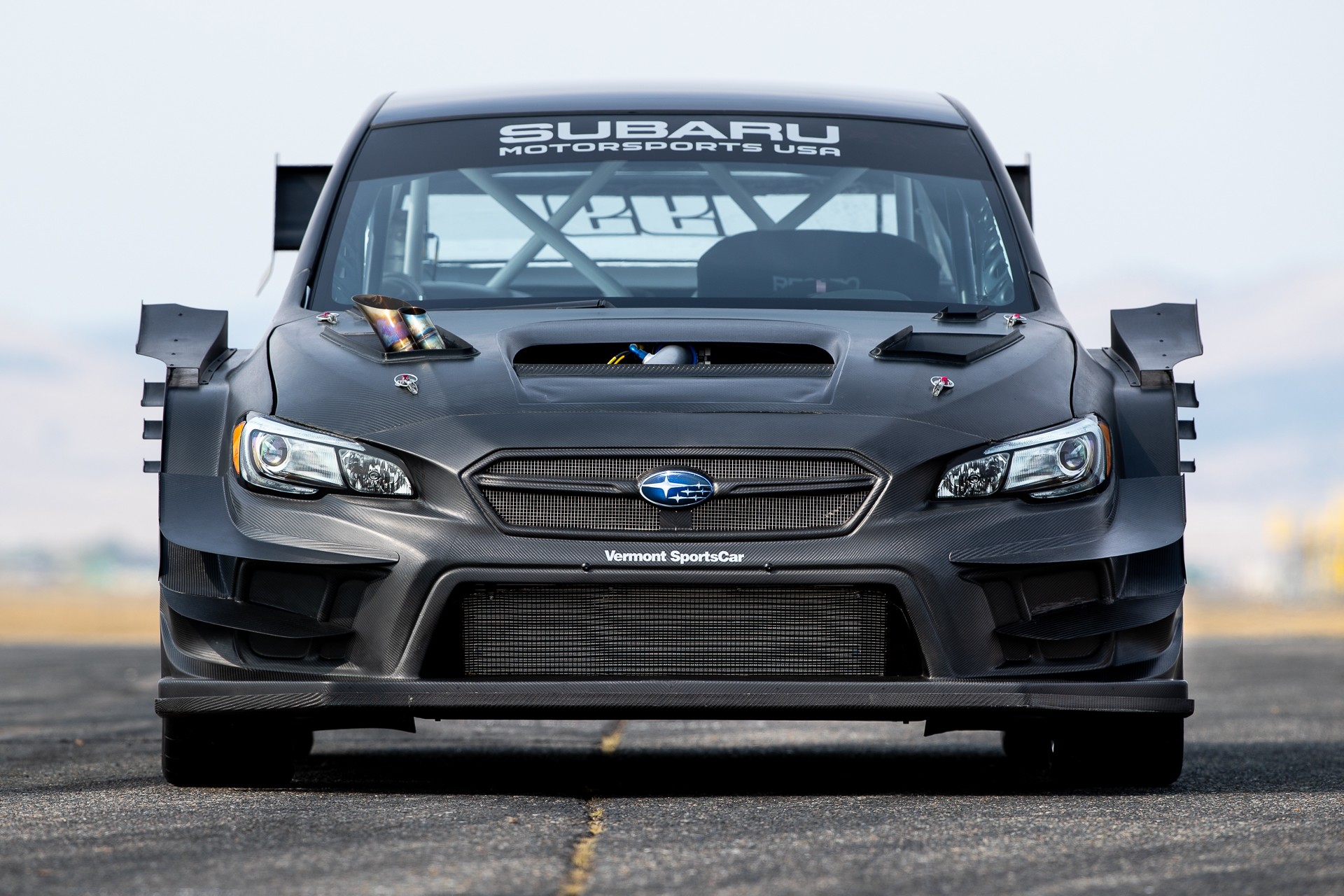 Power comes from a custom-made Subaru boxer engine. There’s no word on specifications, but the company said the engine has a “flame-spitting hood exit exhaust.”

The car also features a revised suspension and golden wheels wrapped in Yokohama Advan tires. There are also rear scoops and a stripped out interior with a roll cage.

There’s no word on when the next installment of Gymkhana will drop, but it will feature Subaru Motorsports driver Travis Pastrana. While some fans will miss Ken Block, this year’s episode will benefit from Pastrana’s “decades of experience in rally, rallycross, supercross, freestyle motocross, NASCAR and stunts.” It will also be a return of sorts as the first two Gymkhana episodes featured a WRX STI. 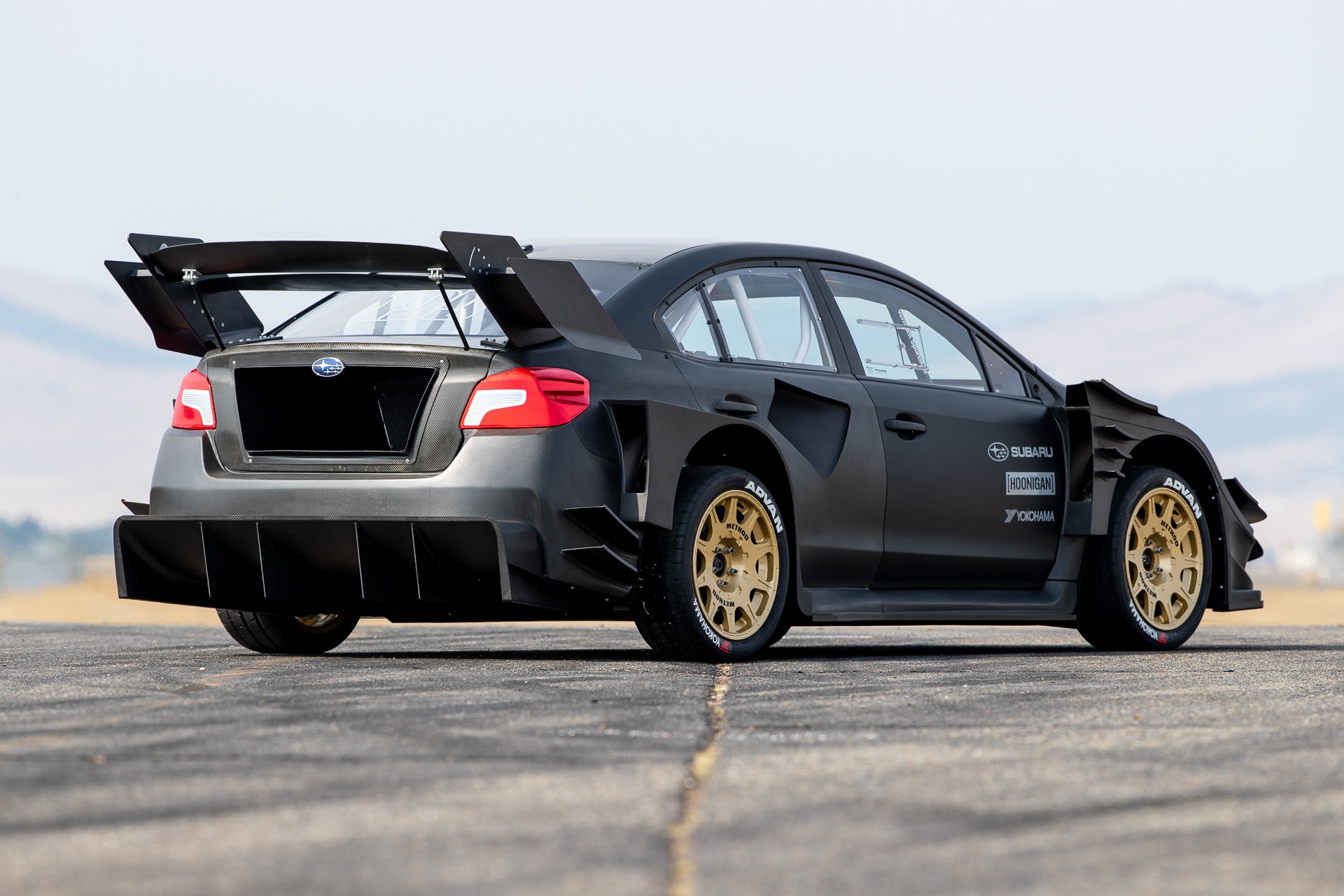 While a lot of details remained unconfirmed, Pastrana said “This STI is unbelievable! We’ve never had the opportunity to do this before, to build a car with no restrictions. Engine, suspension, aero – everything is unlimited, clean sheet.”

Thanks to this no limits design, the WRX STI is “crazy fast, easy to control and get sideways, and it was perfect out of the box in testing.” Pastrana added “Gymkhana is a new challenge for me but I want to raise the bar, and this is the car to do it.”