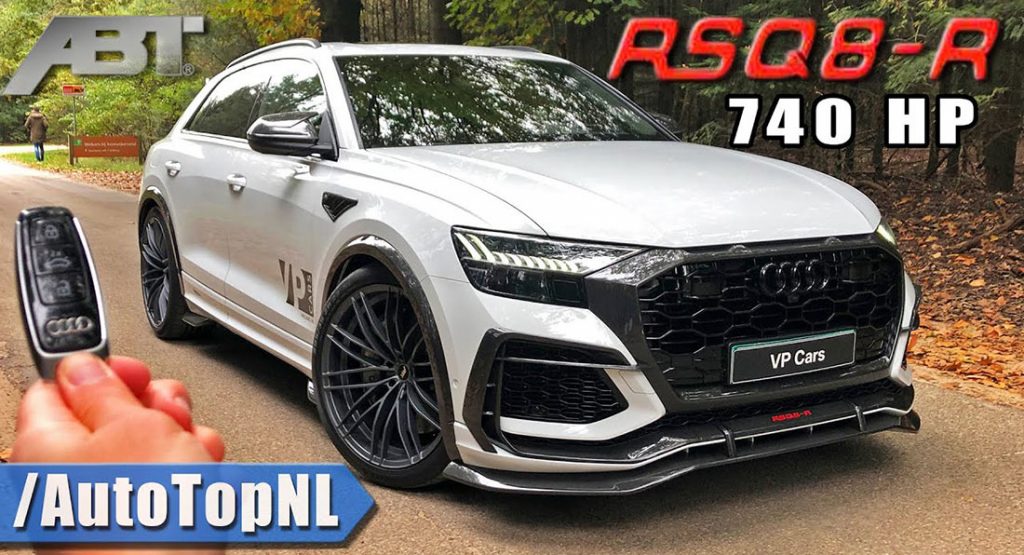 The Audi RSQ8-R from ABT is one heck of a performance SUV and, as this POV review reveals, it is so fast it can go up against quite a few supercars.

When testing the SUV, AutoTopNL recorded a best 0-62 mph (100 km/h) time of 3.48 seconds and ran down the quarter-mile in 11.33 seconds. The reviewer also recorded a 0-124 mph (200 km/h) time of 11.99 seconds. Interestingly, that is just 0.1 seconds quicker than a Lamborghini Urus as tested by the same YouTube channel, leading the reviewer to suggest that the power of the Urus may be understated.

ABT has also worked extensively on the exterior and the interior of the Audi. More specifically, the German SUV is outfitted with a bespoke aero kit that includes a carbon fiber front splitter, grille surround, mirror caps, side skirt add-ons, fender extensions, a rear spoiler and a rear wing. It also comes standard with 23-inch ABT High Performance HR wheels shod in 295/35 tires.

Key interior modifications include an ABT steering wheel, seats embossed with the RSQ8-R logo, door sills with ‘1 of 125’ lettering, and a host of carbon fiber accents.