From the Corsa to the Astra and the flagship Insignia, most modern-day Opel / Vauxhall models now come equipped with high-performance IntelliLux LED matrix lights, available now on the new Mokka and Mokka-e as well.

Meanwhile, the likes of the Grandland X and the new Opel Crossland get full LED headlights with numerous automatic functions. These lights are brighter and more durable and energy-efficient than conventional systems.

Still, the star of the show is the IntelliLux LED matrix tech, which Opel says is “far superior to xenon or conventional systems because it is more precise and more powerful.”

Matrix headlights are able to switch automatically to main-beam and continuously adapt the range and distribution of the light cone, regardless of the car’s position on the road. LED segments rapidly adapt to traffic situations, with individual LEDs switching off in milliseconds. 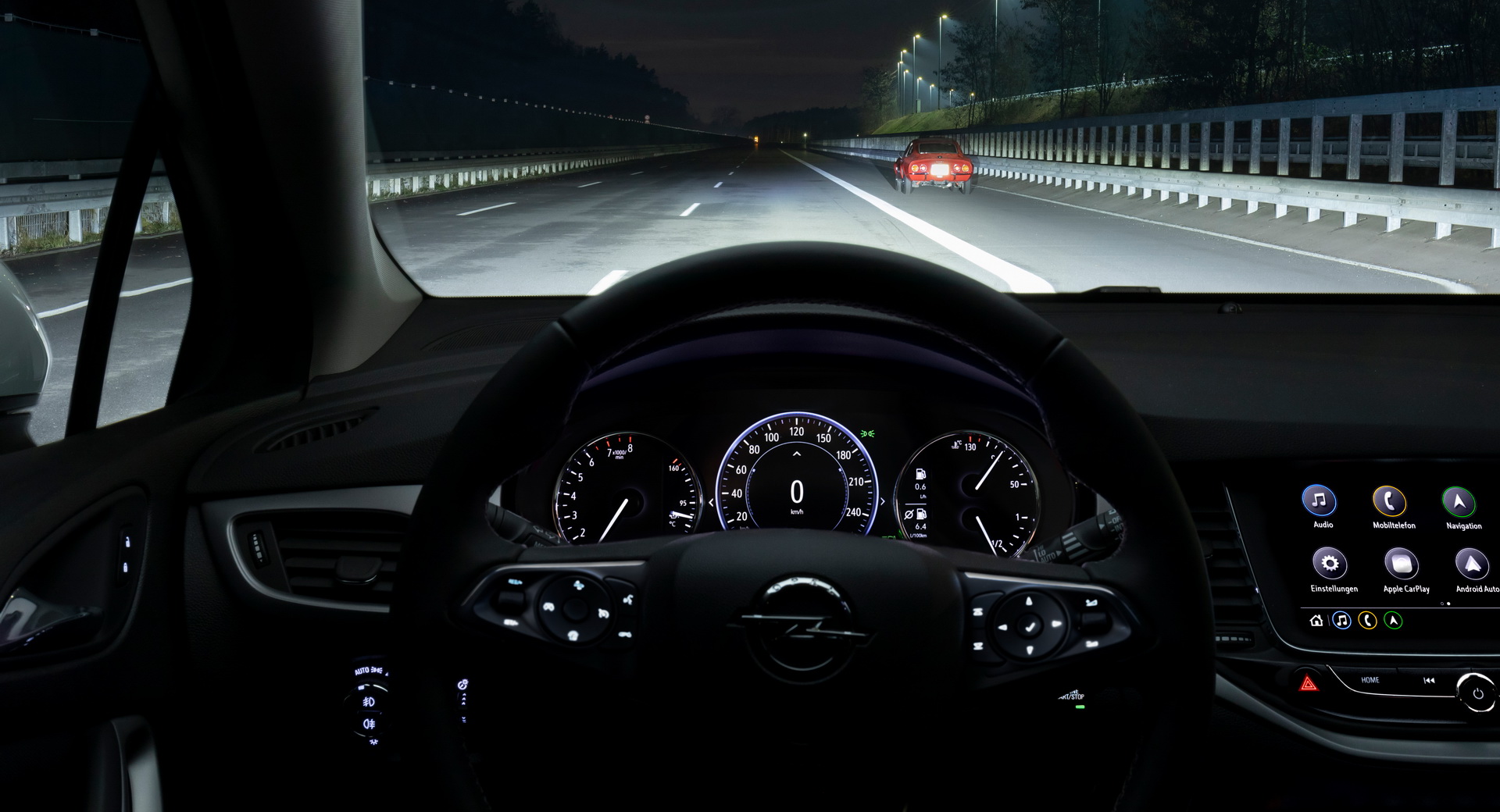 The adaptive IntelliLux LED Pixel Light of the Insignia boasts 168 LED elements, 84 per headlight. Pixel Light is said to be particularly useful on motorways.

“In left-hand curves, additional light shines to the left, improving the driver’s visibility of the driving lane, while sufficient light remains on the right for the driver to see, for example, roadside signs. In right-hand curves, the light shines more to the right, in order to avoid glare for oncoming traffic.”

As for other models, the new Mokka for example comes with a full LED system (headlights, DRLs, indicators and taillights) as standard, while the Crossland has optional adaptive full LED headlights.