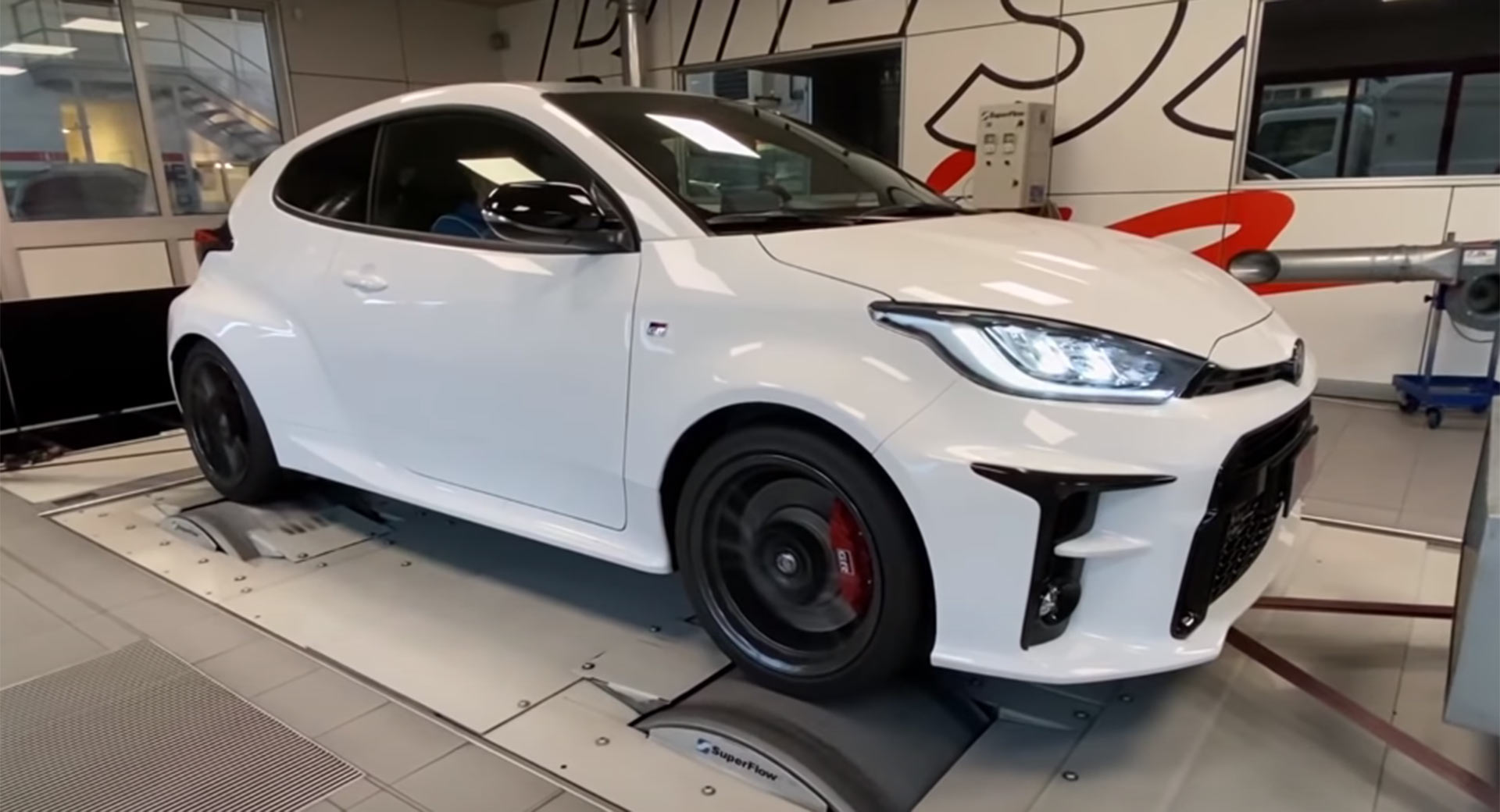 The Toyota GR Yaris has excited car enthusiasts around the world and in this video, we get to see what the potent little hot hatch is capable of on the dyno.

Driving the GR Yaris is a tiny 1.6-liter turbocharged three-cylinder engine producing a manufacturer claimed 268 hp and 272 lb-ft (369 Nm) of torque in Japanese specification. While that’s not as much as some of its rivals, the GR Yaris is lighter and smaller than its competition and by all accounts, is an absolute blast to drive.

When strapped onto a dyno in Italy, this Euro-spec model (which should have 257 hp and 265 lb-ft at the crank), delivered an impressive figure of 278.1 hp and 270 lb-ft (367 Nm) of torque. Importantly, these figures were not recorded at the wheels and instead, are an estimated rating at the crankshaft based off the horsepower and torque numbers recorded at the wheels. Nevertheless, that horsepower figure is a healthy jump over what Toyota claims.

Of course, as this is the first dyno video we’ve seen of the GR Yaris, we wouldn’t read too much into the numbers just yet, not until other dyno videos are released that reveal similar horsepower and torque readouts.

Toyota’s firecracker of a three-cylinder is mated to an all-wheel drive system that can send power through front and rear Torsen limited-slip differentials should customers pay extra for them. All told, the GR Yaris can hit 62 mph (100 km/h) in less than 5.5 seconds, quicker than more powerful rivals like the Honda Civic Type R, Renault Megane R.S. Trophy, and Hyundai i30 N.