Lucid has completed the first phase of construction at its factory in Casa Grande, Arizona as it readies to begin producing the all-electric Air in 2021.

The electric vehicle startup broke ground at the 590-acre site on December 2, 2019 and the first section of the factory will have the capacity to build up to 30,000 units annually. Three other key phases of construction at the Arizona site are planned through 2028 that will see the square footage of the factory increase from the current 990,000 square feet to 5.1 million square feet. Lucidyou says that the site will be able to produce 400,000 vehicles annually in its final form.

“We broke ground on the 590-acre Lucid AMP-1 site in Casa Grande, Arizona, on December 2, 2019, and slightly less than a year later we have completed the first purpose-built EV factory in North America,” Lucid chief executive and chief technology officer Peter Rawlinson said in a statement. “The effort and agility demonstrated by this team is truly astounding, as we’re already commissioning equipment compatible with the Lucid manufacturing system to start production of the next-generation EV, the Lucid Air, in just a few months.” 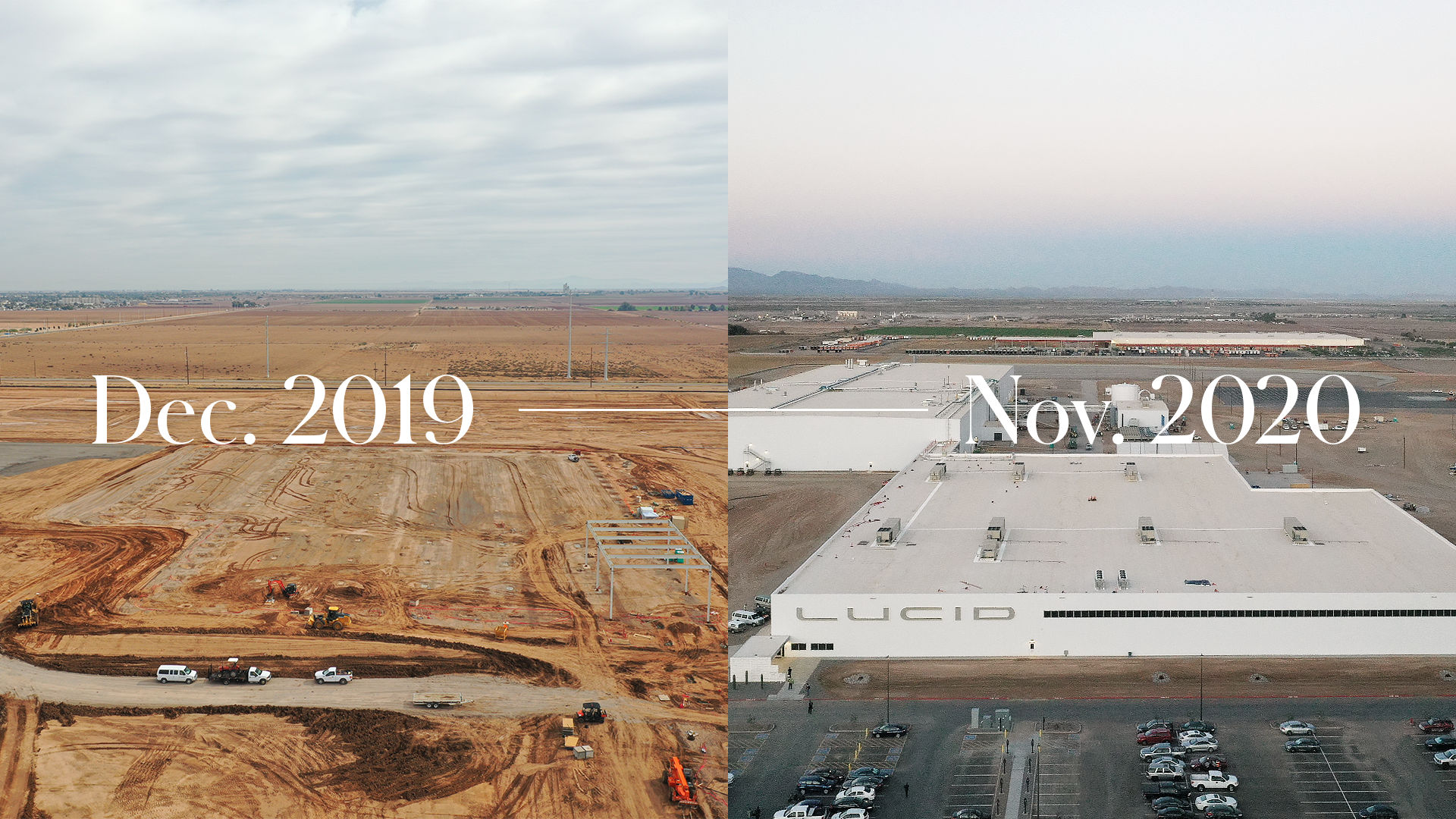 With the first phase of the factory now complete, Lucid has begun construction of a final series of production-representative prototypes of the Lucid Air. The site also includes a water-based paint shop that can be expanded to meet growing production needs at the site.

The first examples of the Lucid Air to roll off the production line will be the flagship Dream Edition model with two electric motors, 1,080 hp, and the ability to hit 60 mph (96 km/h) in 2.5 seconds. Other variants on the horizon include the Air Grand Touring, Air Touring, and the entry-level Air Pure, priced from $69,900 after the $7,500 federal tax credit.