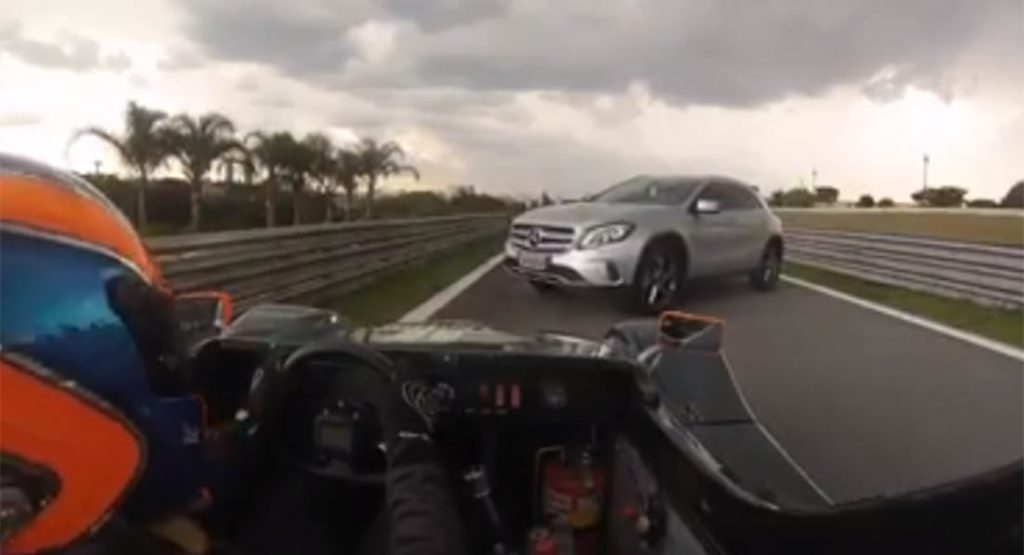 In late October, we wrote about a woman who mistakenly drove her Mini Cooper onto the Interlagos circuit in Brazil during a race. It would appear that someone else has made the same mistake.

This clip was recently shared on Reddit, but very few details about the incident are known, such as when and how it happened.

Its driver eventually comes to a stop at the exit of a pitlane, a very dangerous place to come to a rest. It’s unclear what happened after.

Just how did the Mercedes end up on the track like this? It’s hard to say for sure, but some Redditors have scoured Google Maps and discovered that there are a couple of gates on the outer edge of the circuit that provide direct access to the track. Had one of these gates been open, the GLA could have simply driven in.