Toyota has just unleashed its second wave of SEMA360 Showcase cars onto the web, featuring the 2021 GR Supra Sport Top, a TRD-Sport trailer concept for the Tacoma, as well as another look at the 2020 GR Supra Heritage Edition model.

The latter is what largely inspired Toyota to come up with the new 2021 GR Supra Sport Top, featuring custom visuals and performance upgrades, all the while paying homage to the MK IV Supra from the late 90s.

“Our wave one reveals whet Toyota fans’ appetite with four creations – a bold, hand-painted GR Supra, two GR Supra drift cars, and an outrageous overlanding-ready Tacoma pickup,” said marketing VP, Ed Laukes. “But we saved the best for last, and today we’re proud to show off our latest creations, the 2021 GR Supra Sport Top and the TRD-Sport Trailer, among some additional content as well.” 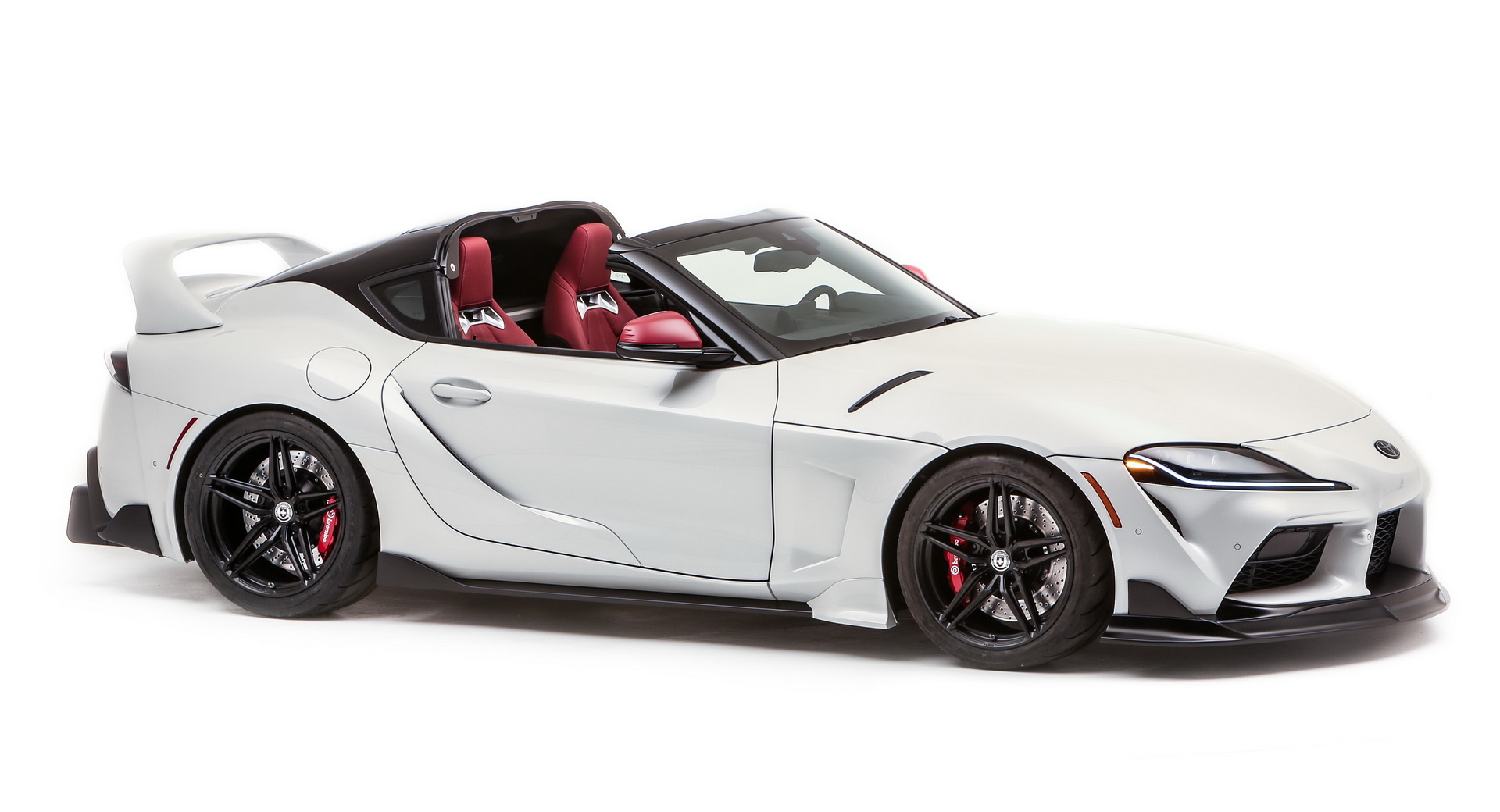 This is a prototype based on the GR Supra Heritage Edition, featuring similar cues and upgrades, but with a removable roof. The roof design boasts two 3D-printed composite panels, contoured to the car’s body lines, allowing the Supra to retain the windshield header and outer roof body structure shapes.

In order to maintain structural integrity, additional reinforcements were added to the roof’s outer body structures, as well as to the underbody (from the engine bay to the back of the tub).

“Toyota really wanted to have a companion to the Heritage Edition. But, this was no easy build, and we put a lot of thought into cutting the roof and removing a significant part of the car’s structure,” said lead builder Marty Schwerter. “It was way more complicated than we originally thought. Removing the top was extremely tough and required some innovative work to retain the GR Supra’s rigidity. I love how it came out, and I hope others love it, too.” 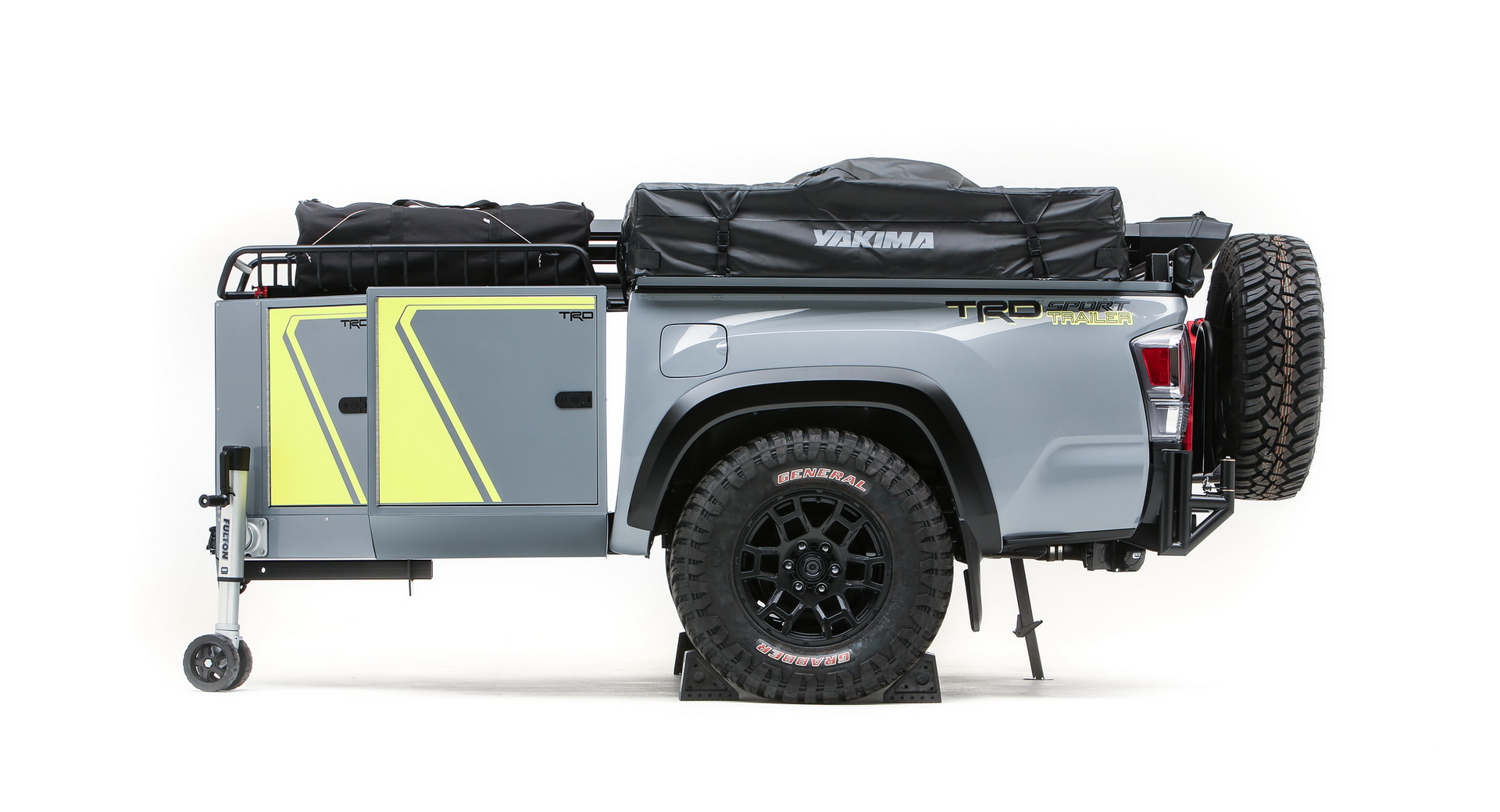 This is meant as a ‘basecamp’ solution concept, allowing explorers to set up camp quickly before continuing on their off-road adventures.

“Overlanding has been picking up steam for quite some time, but 2020 just put it over the top,” said Laukes. “Given Toyota’s solid off-road credentials and reputation, we thought it would be really cool to create the ultimate overlanding companion to our pickup and SUV lineup.”

The Japanese carmaker saw the Tacoma bed as a perfect overlanding platform, seen as how it’s well built and very spacious. Then the goal became to add creature comforts while also maintaining a low center of gravity and a great approach angle.

When fully deployed, this can be a proper campsite and can even illuminate your surroundings thanks to multiple RIGID A-Series Accessory LED lights. As for the TRD Pro wheels, they’re fitted with General Grabber X3 285/70/17 rubber. 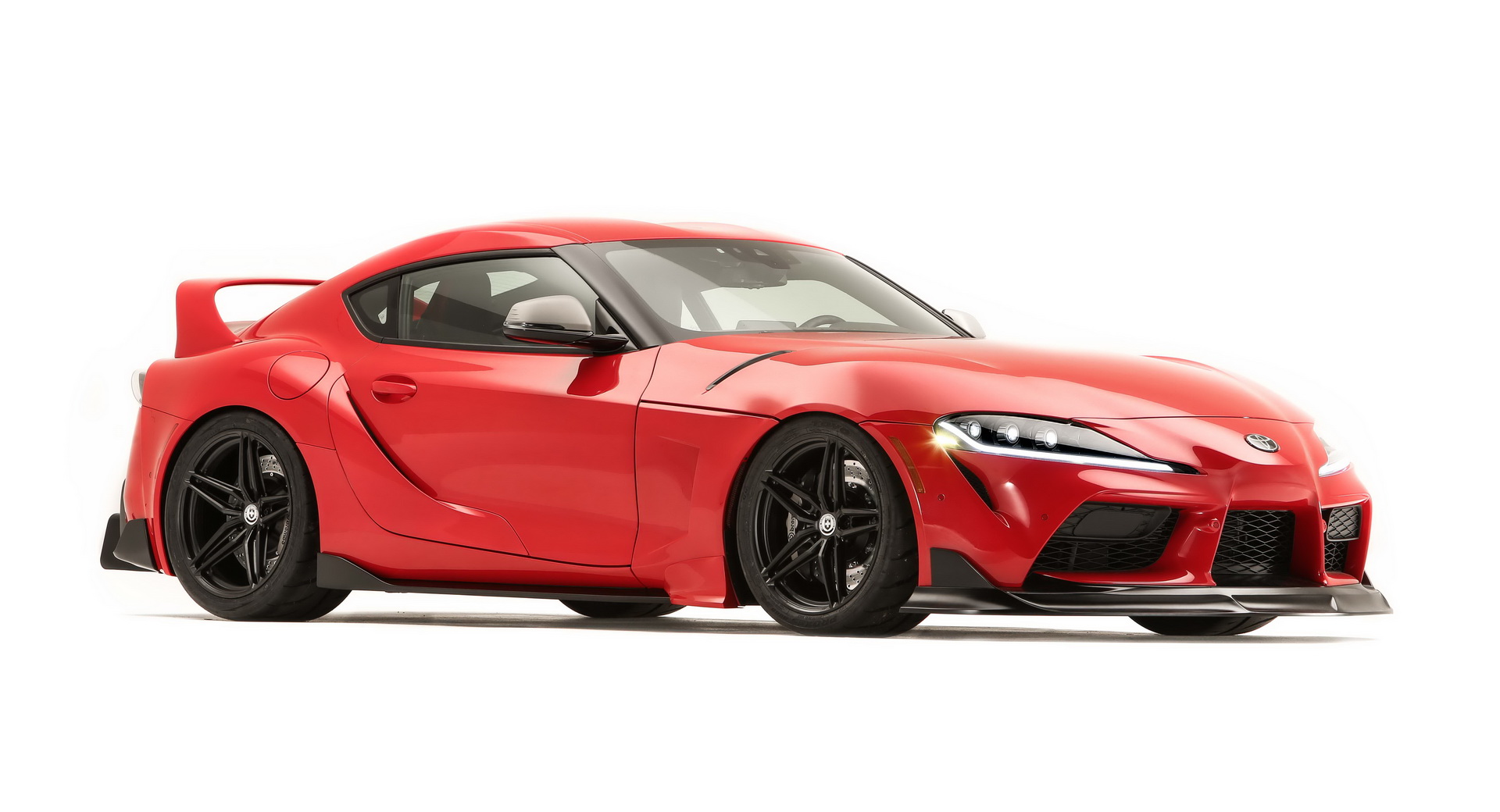 Even though this wasn’t really part of the reveal, Toyota chose to revisit this prototype because of how popular it became after its unveiling in 2019. It packs 500-plus horsepower (tuned turbocharger and ECU), Re-entry Red paint, plus retro-inspired custom headlights, taillights and MK IV-style rear wing.

To make sure that it would perform as it should, Toyota also added bigger brakes and a custom front and rear suspension.