The 2021 Dakar Rally is just around the corner and the new Land Rover Defender will be present, sadly not to race but to support the efforts of the Prodrive-backed Bahrain Raid XTreme team, or BRX for short.

A pair of production-spec Defender 110 P400 models will act as support vehicles for the BRX team, who will enter the iconic race with nine-time World Rally champion Sébastien Loeb and two-time Dakar Rally winner Nani Roma.

Read More: Land Rover’s Shorter Defender 90 Is Getting A V8 Engine Too

BRX’s Land Rover Defenders will be driven on the definition of extreme conditions, traversing desert dunes, mud, and rocks, carrying vital supplies and equipment, as well as the team’s crew who will camp, eat, and sleep in them across the Dakar Rally’s 12 stages. 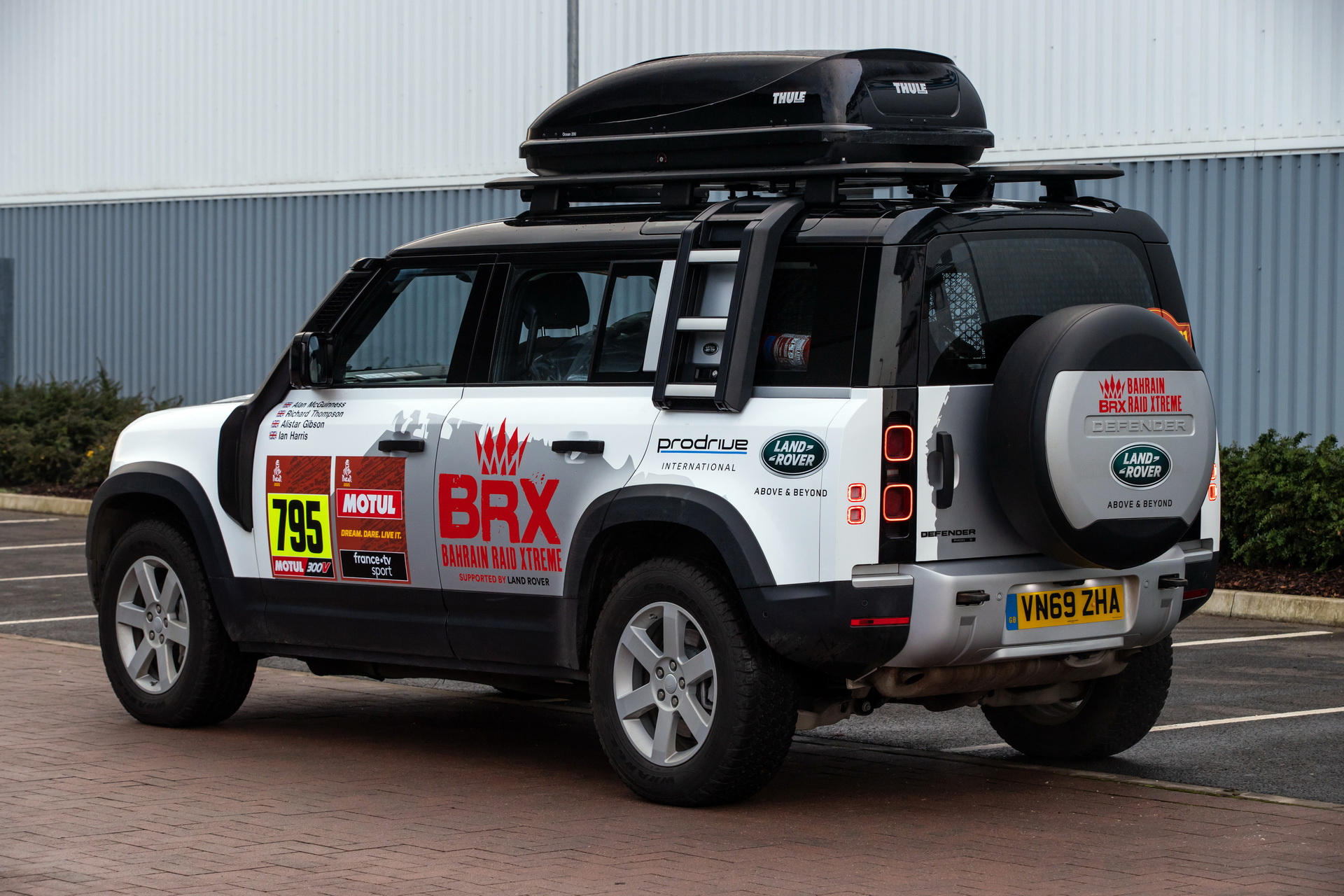 “Land Rover has a unique Dakar pedigree having won the inaugural event in 1979, and the rally remains the ultimate all-terrain endurance test,” said  Finbar McFall, Jaguar Land Rover Customer Experience Director. “While the Defenders won’t be competing, they will have a vital role in supporting the team as they navigate their way across thousands of miles of punishing desert terrain. The fact these vehicles are unmodified is testimony to the intrinsic capability and durability of our legendary 4×4, which has undergone the most demanding engineering test and development programme in our history.”

Land Rover says that the two Defenders are showroom-standard, finished in Indus Silver, and featuring the mild-hybrid 3.0-liter Ingenium straight-six engine with 394 HP (400 PS). The cars are fitted with factory options like the Explorer Pack, which includes the Expedition Roof Rack, Raised Air Intake, wheel arch protection, and the Exterior Side-Mounted Gear Carrier, as well as a deployable roof ladder that provides access to a roof box.

“The crew need to know our support vehicles will be able to carry all of the necessary kit and be relied upon to get to the next service location, whatever the conditions,” said Paul Howorth, Bahrain Raid XTreme Team Principal. “New Defender provides a unique combination of all-terrain performance, rugged practicality, and comfort – a crucial combination for the unpredictable Dakar conditions and after long days behind the wheel.”