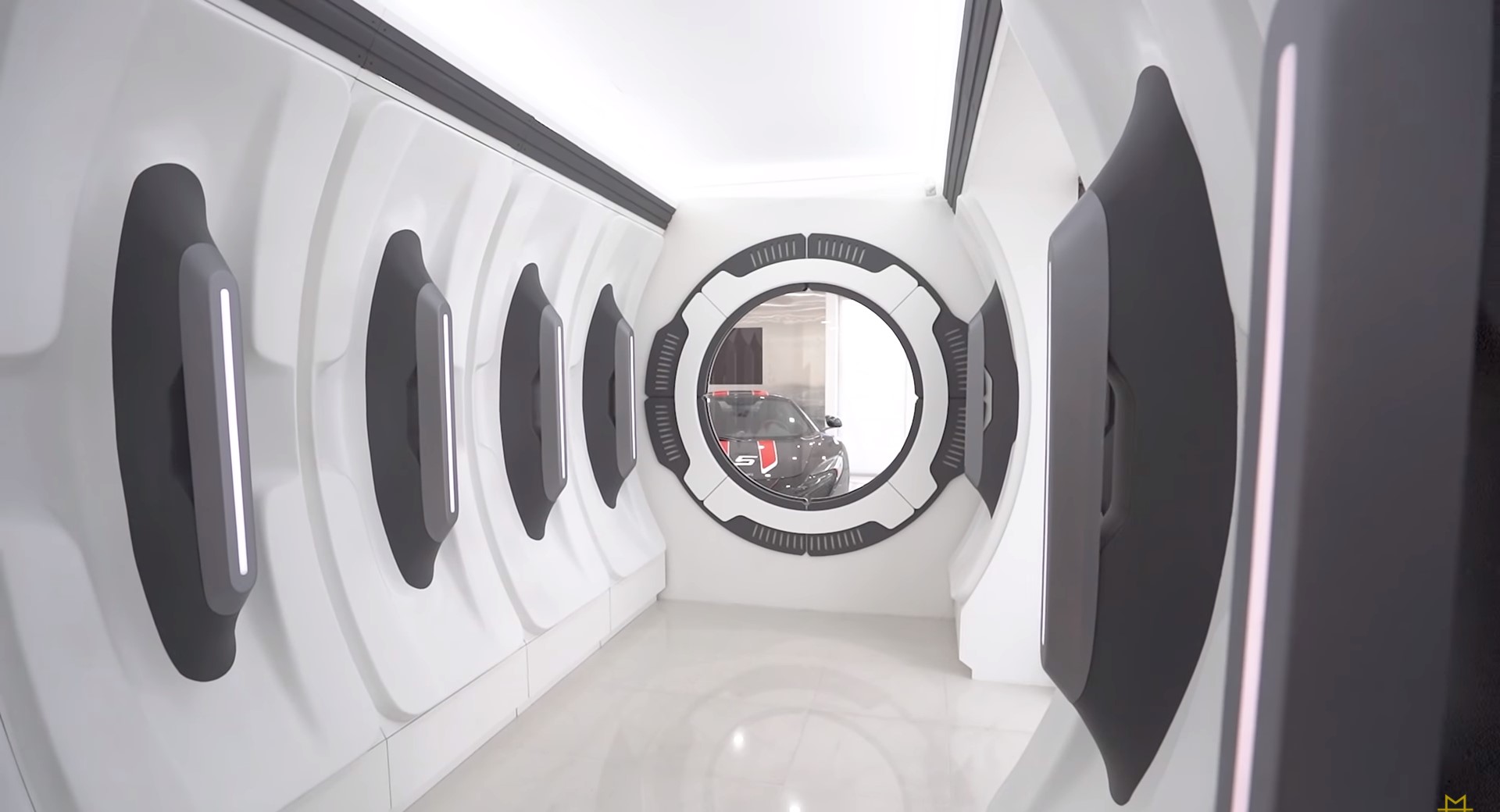 Manny Khoshbin started out by working at K-Mart and now he’s a real estate mogul idly pondering if he should tear down a wall of TVs to make space for his exquisite car collection. To say that he’s made it is definitely an understatement.

The garage is full of McLarens, Bugattis, Paganis and other supercars, and also recently got a hallway that was designed to look like a spaceship’s. And good news for other nerdy car-lovers, he’s still got the molds, so you could get them for your own garage (for a small fee).

Khoshbin is the owner of the Hermes Chiron, as well as three other Bugattis. His channel has a bunch of other cool Bugatti content, namely, why you don’t daily one.

The money for all this comes from his real estate business. By his own estimates, his garage is full of $30 million worth of cars, but his commercial real estate empire is, according to Forbes, worth upwards of $450 million.

Khoshbin credits the internet with his success. Despite living in southern California, he’s been able to buy property all the way in Texas.

The result is a great car collection that we’ve covered a few times in the past and an equally unique garage. Still, the garage looks vexing to Khoshbin, who wonders if he should add another door to prevent the backing and forthing of his cars.

Apple Removed Shadow Game Streaming From App Store…
May 5, 2021
Colombia, Strained by Pandemic and Economic Hardship, Explodes…
May 5, 2021
YouTuber Sends AirTag In a Package, Traces Its…
May 5, 2021
Pfizer-BioNTech Vaccine is Highly Effective Against Variants, Studies…
May 5, 2021