It’s real and it’s by ARES Design. We first showed you pictures of this Tesla on Monday, but then it was just a picture from a forum. Now we have more information.

The car is a Model S and a private owner commissioned the roof (and rear-door) removal from the Modenese firm. ARES has done more than just chop, though, it has also added.

The roof is now a soft fabric one that appears to take up most of the space the back seats used to. That’s okay, though, because access to those seats was already hampered by ARES‘ decision to remove the back doors and B-pillars. 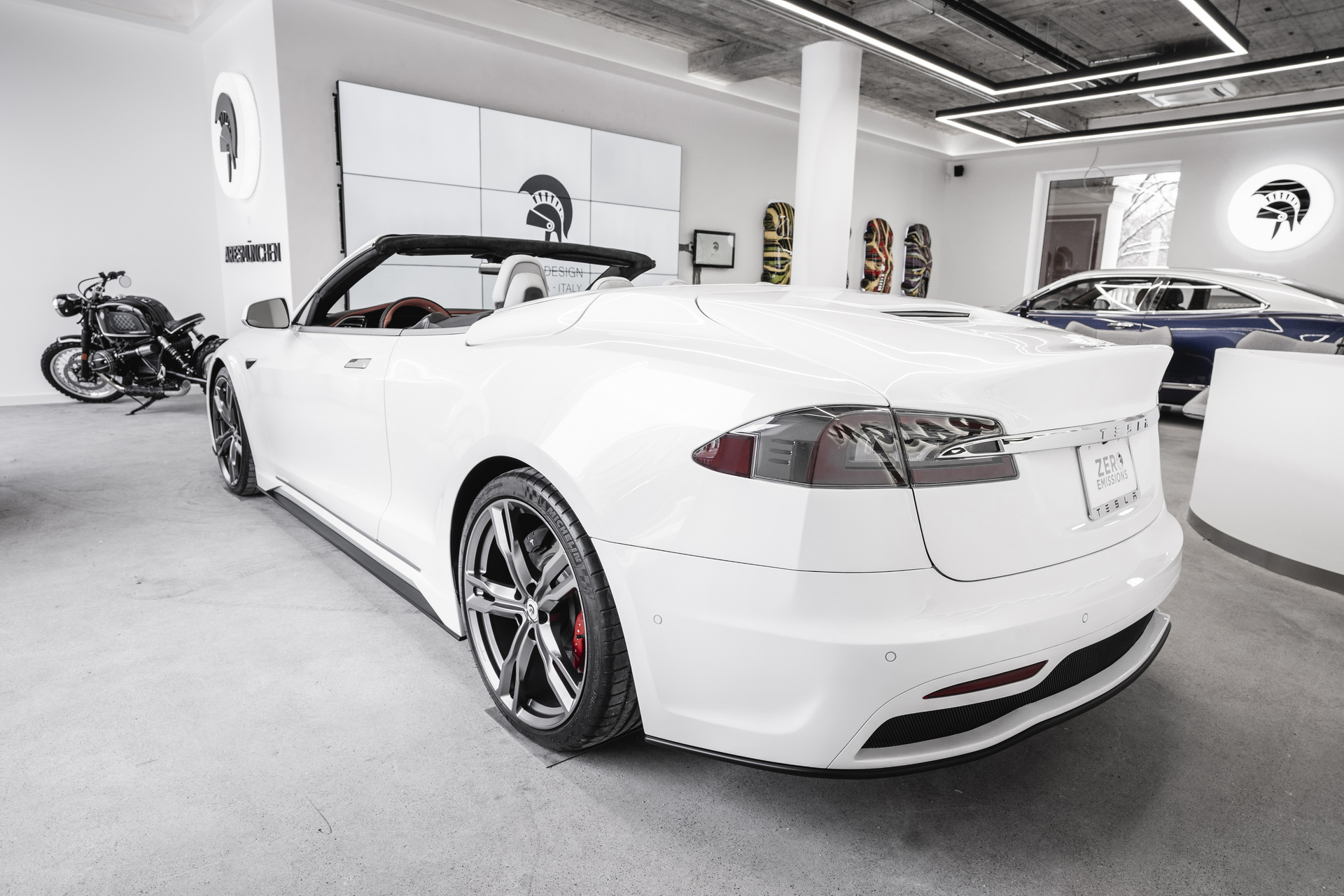 To make sure the whole thing doesn’t flop around like a haddock, ARES’ engineers reinforced the side members beneath the cockpit and rear seating area. It’s not clear though from the pictures if there’s any roll-over protection incorporated in the design. And to make the whole look a little more harmonious, the coachbuilder also added a discrete carbon fiber aero kit.

With the rear seats out, ARES had to add custom made ones. Naturally, its leather specialists made them out of “the finest hand-stitched ice white leather with orange detailing.”

“At ARES, our Co-create philosophy allows clients to work side by side with our designers and engineers to create their very own bespoke vehicle, a service that is unique to ARES,” said CEO Dany Bahar. “This Tesla project is a superb example of this; it was a pure coachbuilding project which we very much enjoy doing and seeing the results of our uncompromising standards.” 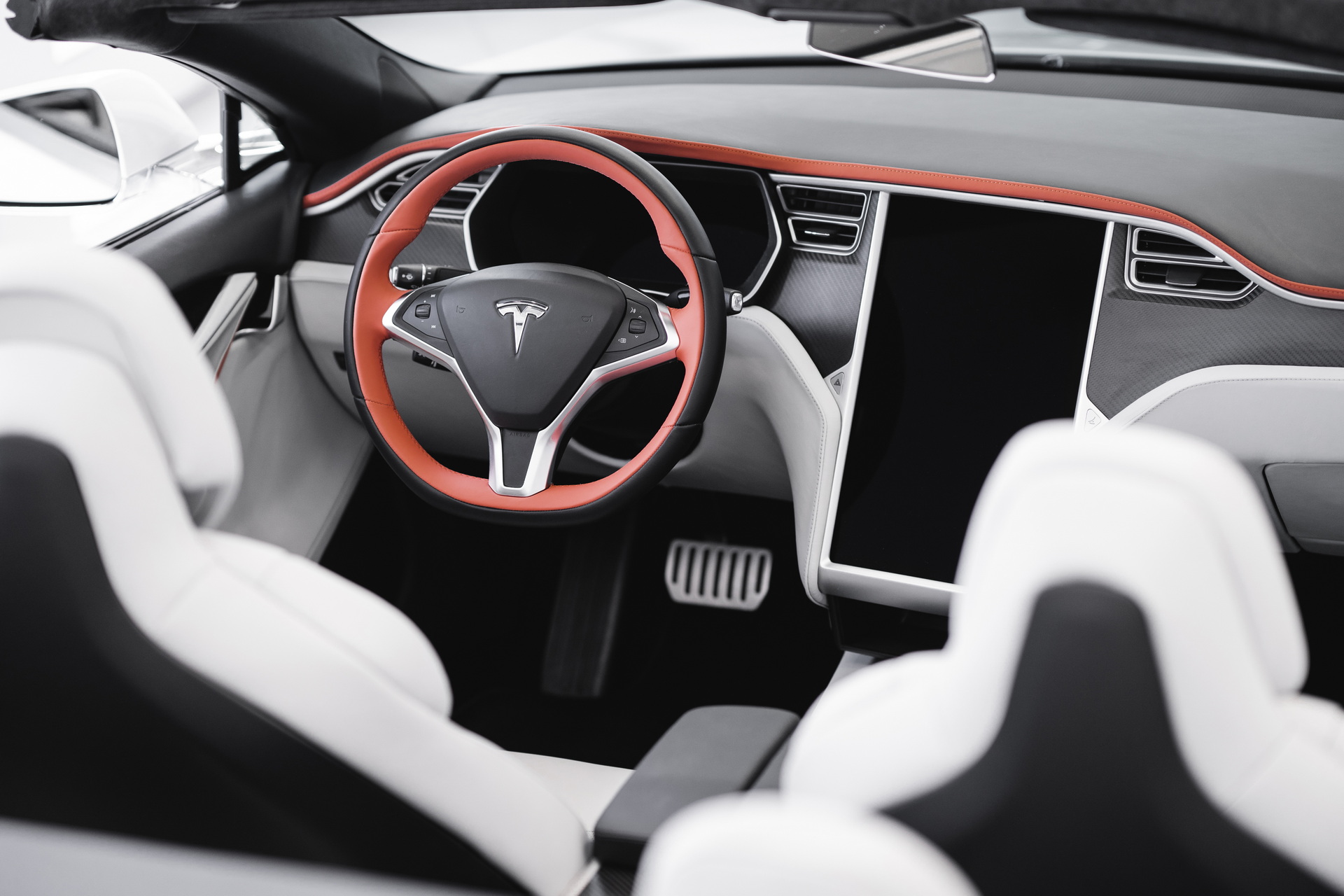 Unfortunately, (although we’ve asked and will update if we hear back) a price for this has not yet been revealed. The project sounds like it was a lot of work, though, so we don’t imagine this would be cheap. Given that it was a commission, it sounds like a one-off for now. Money being what it is, though, we’d imagine there’s a way to make another.

ARES has not mentioned any drivetrain work, so a range of up to 400 miles and a 0-60 time of as little as 2.3 seconds are possible–though that time might be affected slightly by the weight.

So which would you rather have: this, or the electric MGB James May was driving the other day?

Update: ARES has declined to divulge the price, since this was a private commission and that would be gauche. If you really want to find out, though, you could always order one, as the company says it would be happy to have more commissions. This particular model is a demonstrator and so does not have roll over protection, but the design house says it will include that in future models.