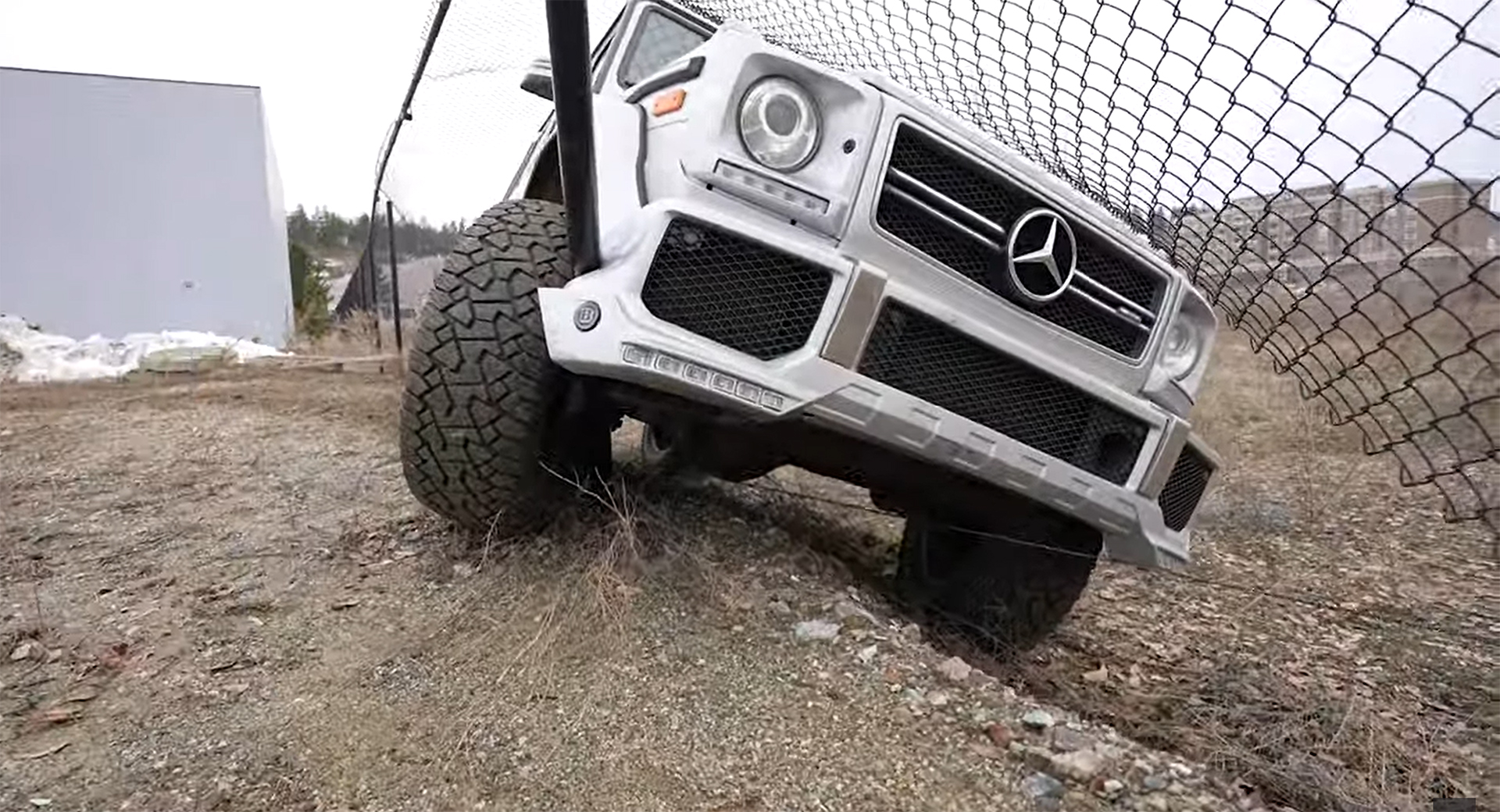 YouTube channel DailyDrivenExotics (DDE) has done it again with another headline-grabbing car accident, this time in a Mercedes G-Class. In a video featuring a series of off- and on-road shenanigans, the bunch managed to crash the G-Wagen straight through a fence, nearly rolling it over.

The video begins with DDE going through their showroom, which includes their newly-completed, custom windshield-less Lamborghini Huracan, among many other unique vehicles.

They then proceed to take said Huracan out and do donuts in the parking lot, until they have the idea to do the same with the G63 in the dirt lot next to it.

See Also: YouTuber Can’t Wait For Lamborghini To Make A Huracan Evo Speedster, Builds His Own

Despite the fact that it is supposed to be going up for sale soon, they take the G-Wagen onto the dirt lot and begin playing around. They kick up some mud and dirt, and slide around a bit, all accompanied by the G63’s V8 growl. However, after a few minutes of fun, they send the off-roader directly into a metal fence after rolling it over an embankment near the edge of the lot.

We’ve seen lots of Youtubers doing silly things just to garner views, but we guess crashing a G63, and nearly rolling over, most likely doesn’t fit in that category. In spite of the damage done to SUV, as they make their way over to it, they are laughing and smiling as if they didn’t just crash a range-topping Mercedes G-Class.

Unfortunately for them, the damage was fairly substantial. The crash resulted in scratches all over the roof and hood, and half of a metal pole drove its way through the front bumper, with the other half wedging itself in the frame and needing to be cut out. It should be repairable, but we’re not too sure if the next owner of this car would be happy to hear that a metal rod had previously impaled the front end of his new G-Wagen.

You can watch the whole video, crash included, for yourself below.