Daimler is splitting into two separate and “independent pure-play companies.”

The move is “designed to unlock the full potential of its businesses,” and will see the company’s truck and bus unit spun-off into a new entity called Daimler Truck.

The automaker says Daimler Truck will have a fully independent management team as well as its own corporate governance including an independent Chairman of the Supervisory Board. The new company is slated to be listed on the Frankfurt stock exchange and a “significant majority stake” will be distributed to Daimler shareholders. 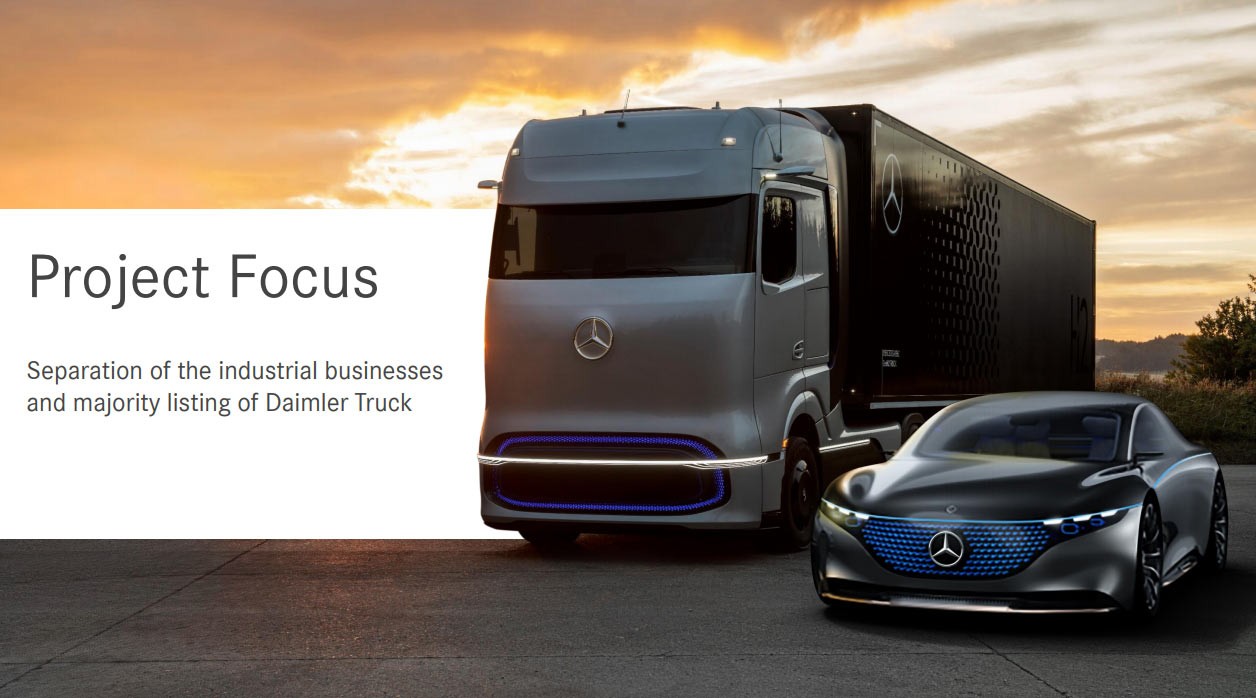 That isn’t the only change as Daimler will be renamed Mercedes-Benz. This will happen at an “appropriate time” in the future and it will mark the first time in nearly a century the company hasn’t included Daimler in its name.

In a statement, Daimler Chairman Ola Källenius said “This is a historic moment for Daimler” as “it represents the start of a profound reshaping of the company.” He went on to explain, “Mercedes-Benz Cars & Vans and Daimler Trucks & Buses are different businesses with specific customer groups, technology paths and capital needs.”

Källenius said that due to major changes in the automotive industry, the company determined two different units would be able to “operate most effectively as independent entities, equipped with strong net liquidity and free from the constraints of a conglomerate structure.” 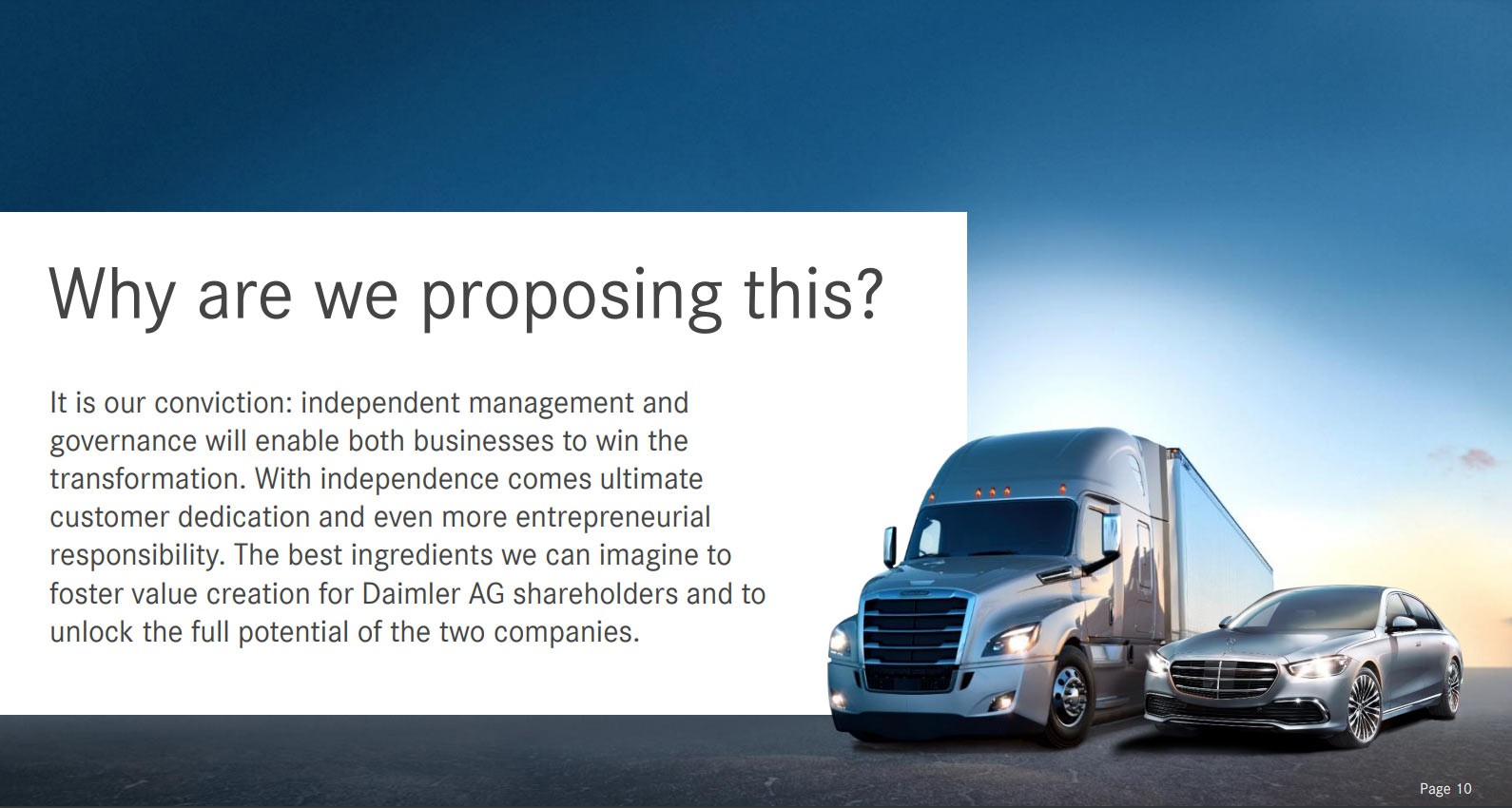 Daimler Trucks appears ready to cash in on the craze for battery-electric and fuel-cell vehicle stocks. This investor excitement saw Nikola’s stock jump to nearly $66 (£48 / €55) per share, before imploding in speculator fashion.

Of course, it’s worth noting that Daimler Trucks is already a successful business that has seven brands under one roof. They also delivered nearly half a million trucks and buses to customers in 2019 and had revenues of over $48 (£35 / €40) billion.

Additional information about the spin-off will be presented at an extra-ordinary shareholder meeting in the third quarter.  The plan should be approved by shareholders around the same time and a listing is slated before the end of the year.