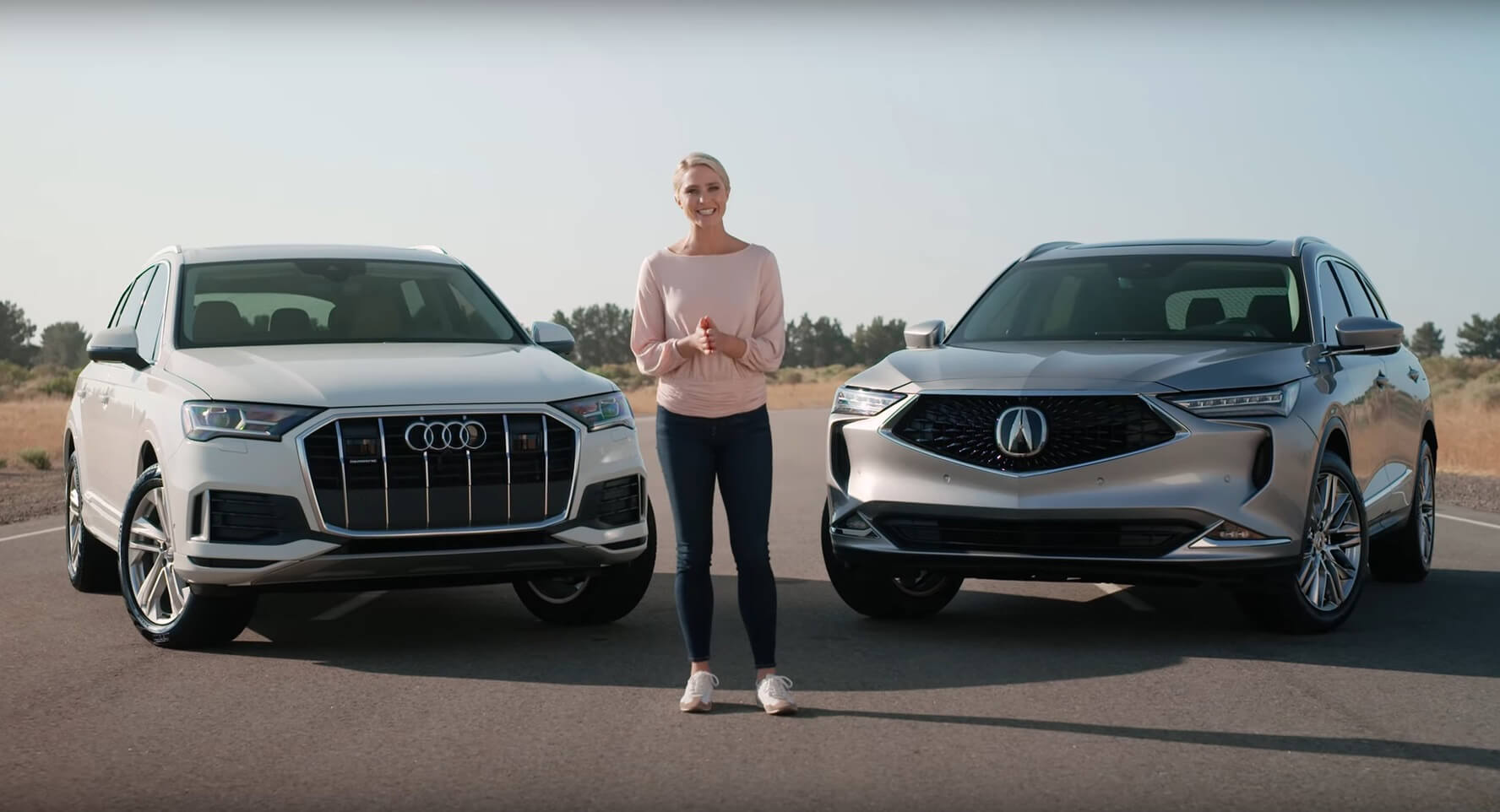 Acura has steered away from classic marketing when it comes to promoting the new-gen MDX, as they decided to compare it to the 2021 Audi Q7… in a very subjective fashion.

Released at around the same time as the first-drive reviews of the SUV, the video posted on Acura’s official YouTube channel shows Katie Osborne, a sportscaster and television host, compare the two SUVs, with the balance tilting in favor of the MDX. Can’t say we’re surprised…

Read Also: Should We Be Surprised That BMW’s i8 Which Ended Production In June Outsold The Acura NSX?

Throughout the almost 10-minute long video, Osborne uses words such as ‘true driver’s SUV’ when referring to the Japanese company’s flagship high-rider and ‘the Q7 lacks the spirited performance of the MDX’. And maybe we would have given them a free pass, if the video didn’t say ‘review & comparison’. However, there is barely a comparison when an automaker is behind it, and it does not even come close to being a review, as Osborne basically recites a text that seems to have been written by an Acura spokesperson.

Browsing through the brand’s videos, we noticed that they also ‘compared’ the 2021 BMW X5 and 2021 Lexus RX 350L to the new MDX in an identical manner and with the same host. They even turned the comments off on these videos, because apparently they do not want any feedback, unlike the SUV’s official promo (also shared below) that shows an NSX on the back of a trailer being towed by the 2022 MDX.

So, what do you think about these so-called ‘comparisons and reviews’? You can leave your thoughts in our comments section below – yes, unlike Acura, we haven’t turned them off.