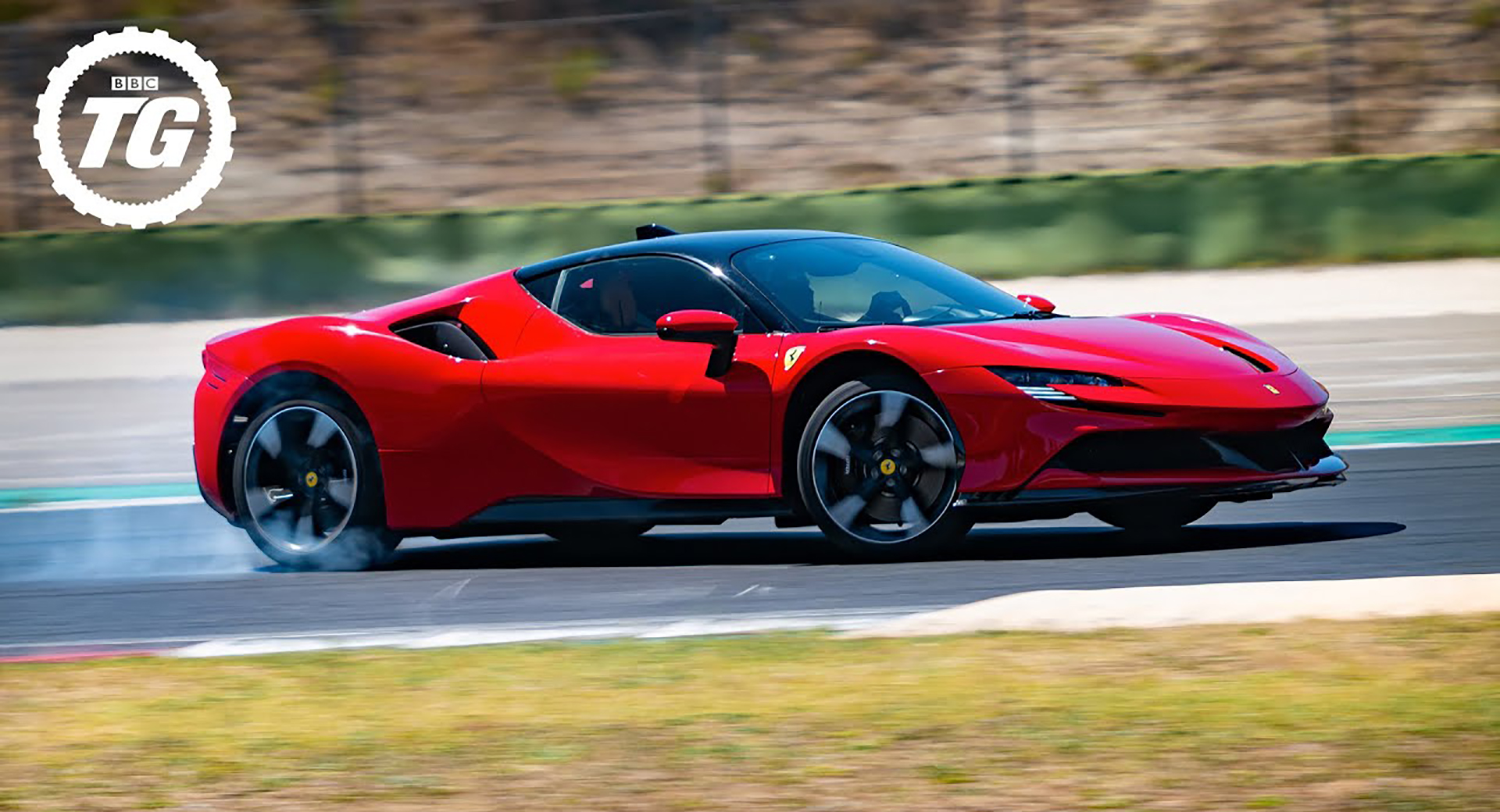 The Ferrari SF90 Stradale is the Prancing Horse’s most technologically advanced road car to date. It’s also the brand’s most powerful car, as well as its first plug-in hybrid. That being said, these traits don’t always make for a great driver’s car, so Top Gear’s Chris Harris took it for a spin to find out.

The SF90 Stradale is powered by a twin-turbocharged V8 engine and 3 electric motors that produce a combined output of 986 hp (1,000 PS / 735 kW) and 590 lb-ft (800 Nm) of torque. Almost a quarter of that power comes from the electric motors, and they also allow the Italian supercar to be driven up to 16 miles (26 km) purely on electric power.

The SF90 is supposed to herald a new age for Ferrari, showcasing what Maranello has in store for the future. In addition to all the hybrid tech, it also has F1-inspired active aero and a special drifting-optimized torque vectoring system, among other things. However, with all that technology appears to come a disconnect between man and machine.

As Harris points out in the video, he’s almost too in awe of the car’s sheer performance to accurately judge if it’s a good driver’s car or not, and it almost seems intentional on Ferrari’s part. After all, what true driver’s car has brake-by-wire? It seems Ferrari knew the technology needed to be implemented at some point, but also knew it would create a disconnect, so they gave the car gobs of power to make up for it.

See Also: Planning A Road Trip With A Supercar? Get A Ferrari SF90 Stradale

All of this isn’t to say Harris wasn’t impressed by it, just that once you really begin to analyze it, you notice the SF90’s raw power somewhat blinds you to its numbness. He sums up his experience nicely toward the end of the video, saying that “if the blueprint for what Ferraris of the future should be is a car that puts technology ahead of the driver, then I’m not sure that’s the future I want.”