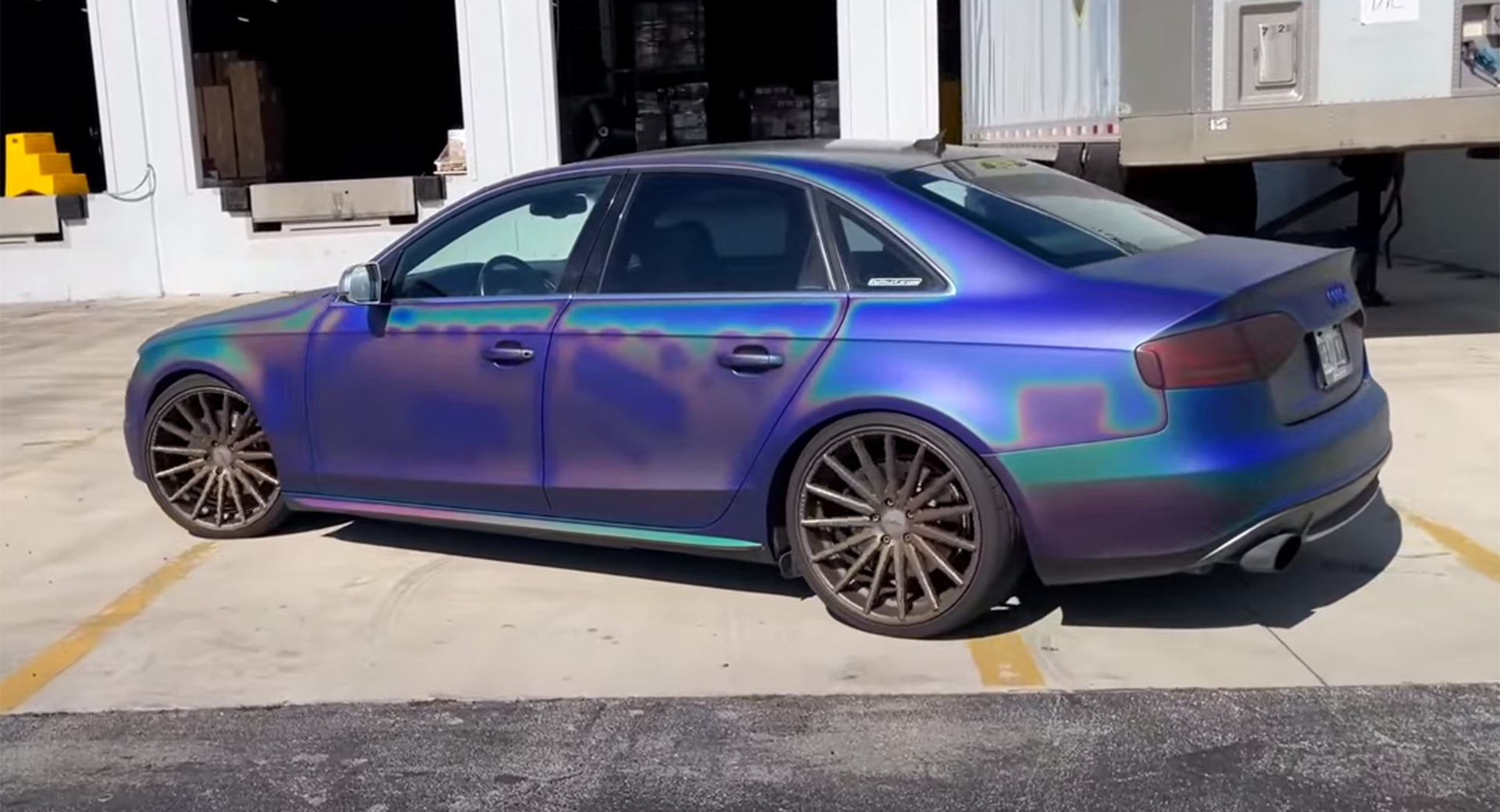 When you were a kid, you might have had a mood ring or knew someone that had one. Inspired by their ability to change color when exposed to heat, DipYourCar recently sprayed an Audi A4 with the same special pigment that’s used by, you guessed it, mood rings.

To begin the process, the YouTube channel first sprayed matte black Plasti Dip across the exterior of the Audi before spraying on eight coats of the special mood ring pigment. When sitting in the spray booth, it just looks like matte black but the moment some heat is applied to it, the colors start to appear.

When rolling out of the spray booth, the whole car turns into a dark shade of green but as the exterior starts to heat up further, this green begins to morph into shades of blue and purple, while certain areas of the exterior take on an orange glow. The longer the car spends out in the sun, the more vibrant the colors become, but after a while, the car’s exterior turns into a dark shade of purple.

We wouldn’t be at all shocked if we start to see other cars appear with this same unique finish, although actually sourcing the pigment could prove to be a challenge for the average Joe. DipYourCar adds that it hasn’t conducted any long-term testing of the finish and isn’t sure how it will deteriorate over time, but states that applying at least two layers of clear coat is probably a smart idea.