The third-generation BMW X6 is less than two years old, but the company is already working on a facelift.

Since the model is in the early stages of development, there isn’t much to see on the outside other than some dark-tinted headlights.  However, these are simply placeholders for the updated units that will grace the production model.

They’ll likely be joined by the usual mid-cycle updates including revised bumpers and a modified grille. That being said, it’s too early to tell if the crossover will follow BMW’s supersized grille trend. 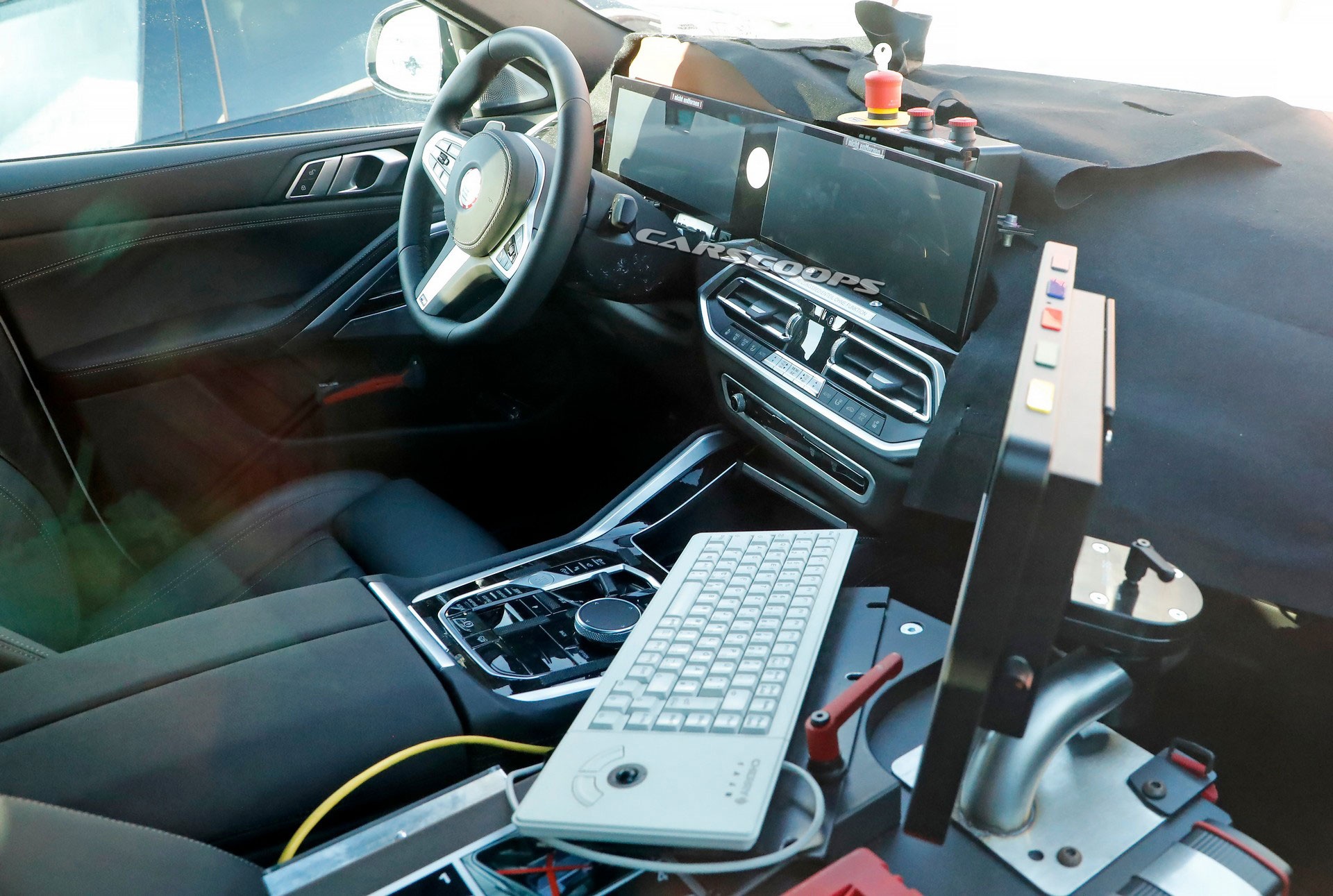 Moving into the cabin, we can see an assortment of changes including a new digital instrument cluster and infotainment system. The displays are curved and appear to carryover from the upcoming iX.  If that’s the case, the cluster should measure 12.3 inches while the infotainment system should come in at 14.9 inches.

Elsewhere, the shifter has been replaced by a switch and a park button. This results in a more streamlined appearance, but it doesn’t appear very intuitive.

Spy photographers also noted the production model could have revised switchgear as the prototype featured a sticker saying the climate controls are not functional. This could be because new components will be added later on, but nothing is official as of yet.

There’s no word on when the facelifted X6 will arrive but, given its early development status, it could be introduced next year as a 2023 model.