Lucid recently completed the first phase of construction of its factory in Nevada and CNBC Television has had the opportunity to tour the facility.

The facility, dubbed AMP-1 (Advanced Manufacturing Plant), is the first purpose-built EV manufacturing site in North America and in its first form, can handle the production of 34,000 Air models per year. Current assembly lines produce six vehicles per hour, or one car every 10 minutes.

Read Also: Lucid Says European Deliveries Of The Air Will Commence In Late 2021, Backtracks And Says They’ll Start In 2022

As CNBC toured the facility, it spoke with Peter Rawlinson, the chief executive, and chief technology officer of Lucid. We also hear from the vice president of manufacturing at Lucid, Peter Hochholdinger, who reveals that Lucid has its own powertrain factory roughly six miles away from AMP-1 that handles the production of the entire powertrain system used by the Air. 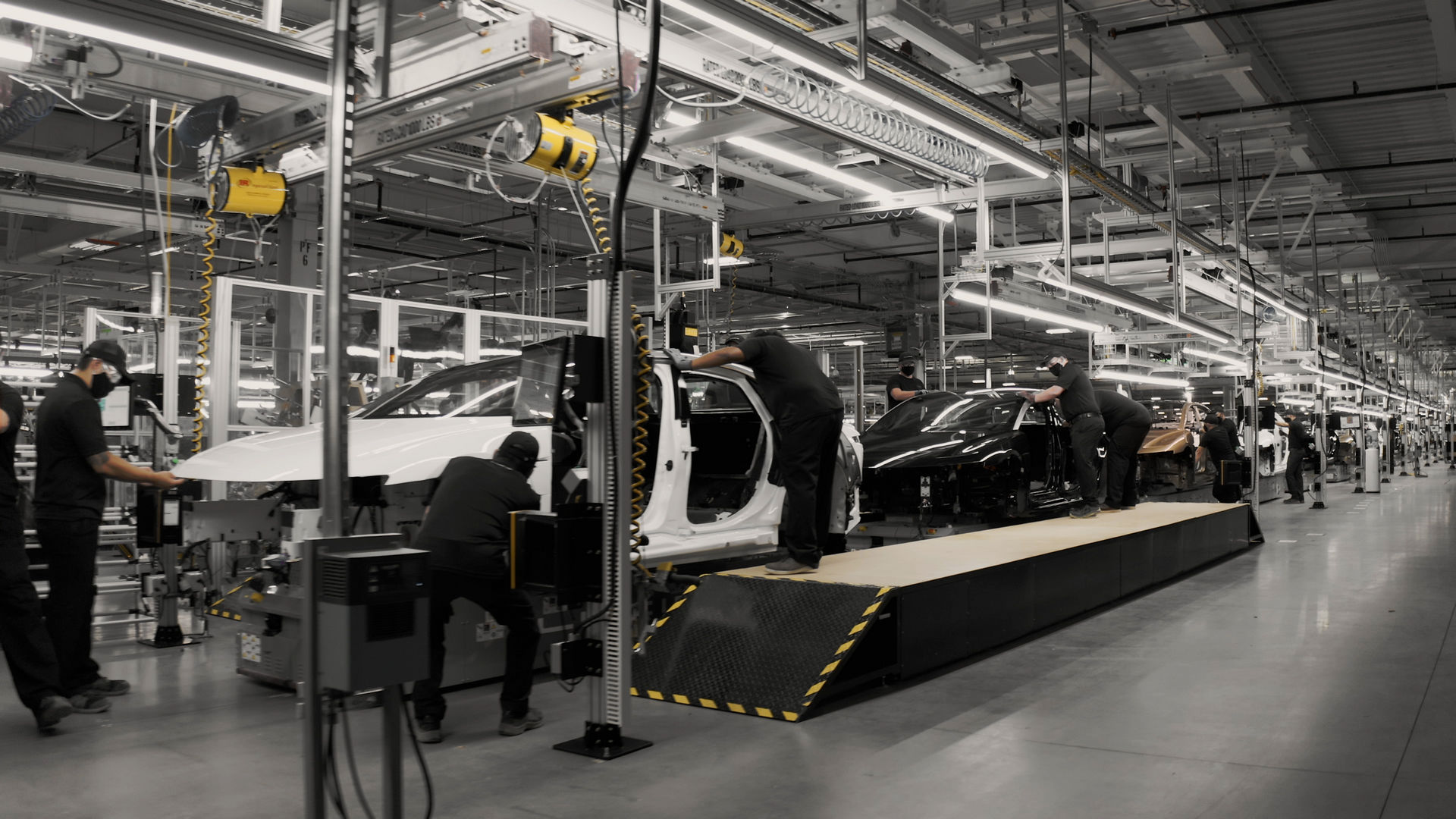 Vehicles rolling through AMP-1 start at the body shop where the aluminum chassis is made in a process heavily reliant on robots. The cars then reach the paint shop before being dropped down to the trim line where the interior is assembled. The completed body is then mated to the battery pack.

Lucid isn’t resting on its laurels with its current assembly plant or the Air sedan. In fact, it is already gearing up for phase 2 of the factory that will see production capacity increased to 90,000 vehicles annually. The expanded factory will also handle the production of the upcoming Lucid Gravity SUV. Lucid’s ultimate vision is for the Nevada plant to be expanded from the current 999,000 square feet to around 5.1 million square feet, enabling it to produce 400,000 vehicles each year.