In the race to build autonomous trucks, Daimler Trucks’ Torc Robotics is partnering with Amazon Web Services (AWS) for its cloud services.

Daimler Trucks bought a majority stake in Torc Robotics in 2019 with the express purpose of developing Level 4 autonomous commercial vehicles. Many manufacturers in the transportation sector are betting big on autonomous technology and the data requirements are leading them to partner with big tech companies.

Volkswagen, for example, recently announced that it was partnering with Microsoft for cloud services in its pursuit of autonomous vehicles. That’s because the development process generates petabytes (or, a million gigabytes) of data.

“We believe this relationship between Torc and AWS brings together two very strong teams and is another milestone on our road to Level 4 trucks,” said Dr. Peter Vaughan Schmidt, Head of Daimler Trucks’ Autonomous Technology Group. “Daimler Trucks’ goal is to enable safe deployment of self-driving trucks and shape the future of the trucking and logistics industry at large.”

Also Read: Daimler Is Splitting Into Two Separate Companies, Car Side Will Be Renamed Mercedes-Benz 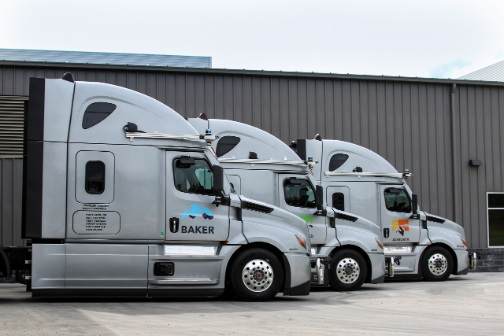 With raw data coming in from test vehicles’ many sensors, such as lidar, radar, and cameras, it’s easy to see how the information can quickly lead to an overload. And as technology improves and resolution increases, the flow of information only becomes more of a deluge.

“Our next-generation fleet of test trucks will help us rapidly grow our capabilities and accelerate the commercialization of Level 4 self-driving trucks,” said Michael Fleming, Torc CEO. “Our ability to handle the data involved must be able to keep up – whether it’s for transfer, storage, or scaling our simulation capability.”

Level 4 autonomy refers to vehicles that can fully drive themselves, but in which a driver can take control. That differentiates it from a level 5 autonomous vehicle in which there is are no controls for human drivers.

When it purchased Torc, Daimler said that what it learned in the development of these autonomous trucks would make its way into passenger cars. With an overlap in shareholders, it’s not unreasonable to assume that a flow of information could continue, though we’ll likely learn more when Daimler holds an extra-ordinary shareholder meeting in the third quarter. 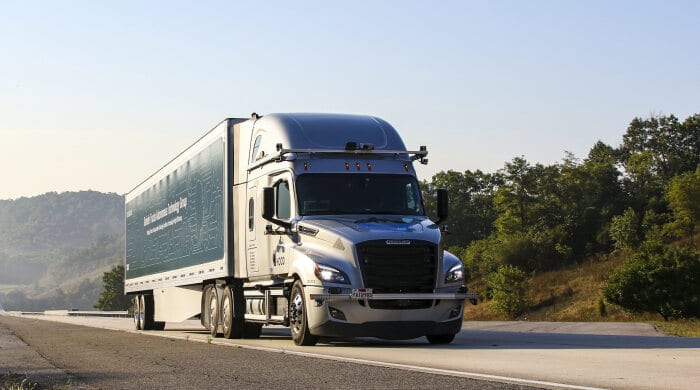