The next-generation Mercedes-AMG SL isn’t expected to be unveiled until early next year, but the new AMG-developed convertible looks almost production-ready in these latest spy shots.

Although still wrapped in camouflage, the R232 sports a more rounded snout than the current generation car, which also plays host to a camouflaged Panamerica grille. 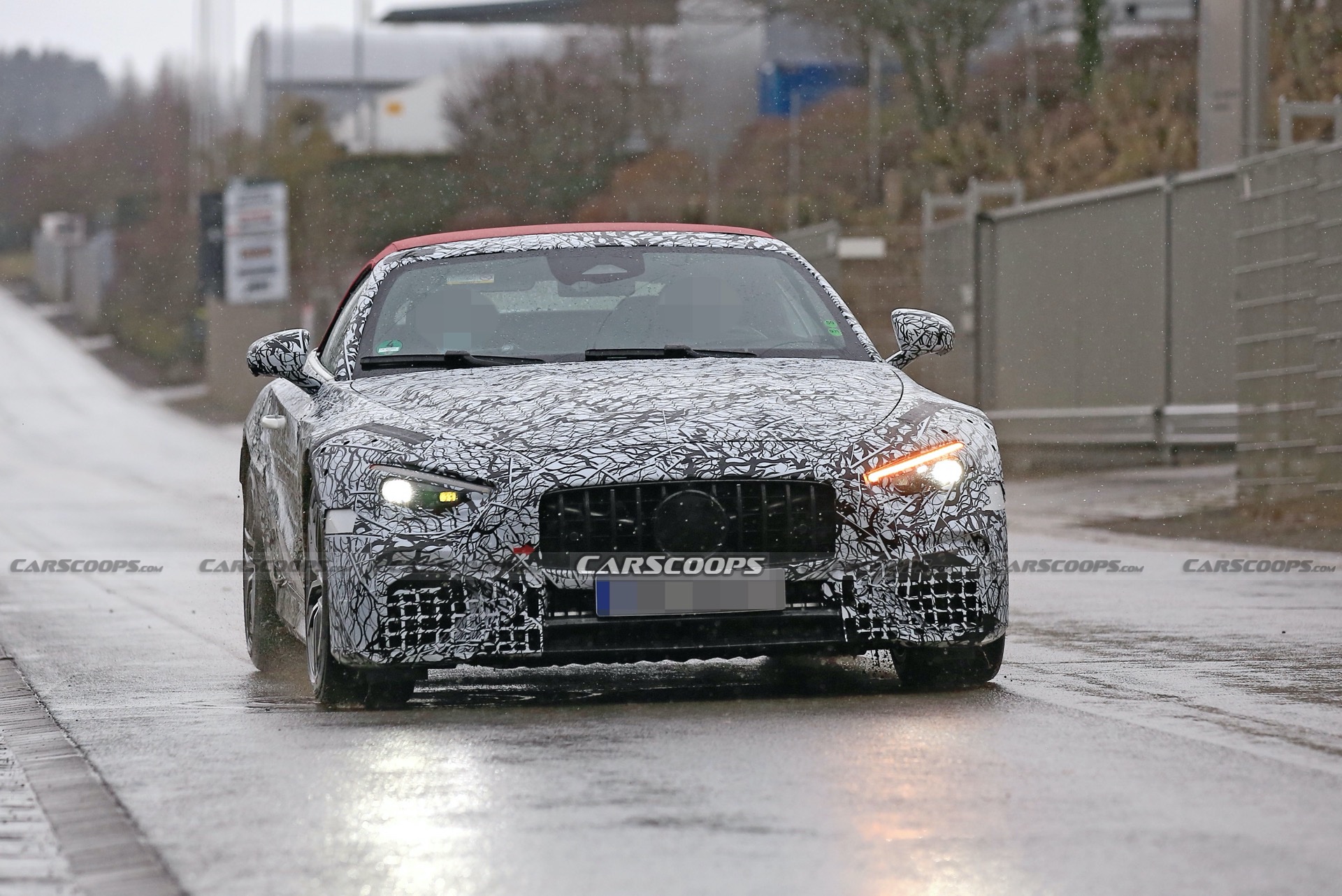 The current generation SL features a folding metal roof, which is a noticeably heavy and complicated feature. The next-gen SL will be ditching the metal roof for a lighter and less complex fabric unit, which is now seemingly confirmed available in a contrasting red material — as seen on the Mercedes-AMG GT C Roadster.

The images also give us a glimpse at the somewhat rounded rear, reminiscent of the latest S-Class design language. Also proudly shown is the pop-up rear spoiler, raised in these images, as well as quad tailpipes. Slightly harder to make out is the surfacing applied to the doors, which appears to conform to our previous render, including vents and side-strakes.

Read: The 2022 Mercedes-AMG GT 73e PHEV Will Be The Brand’s Most Powerful Model Ever 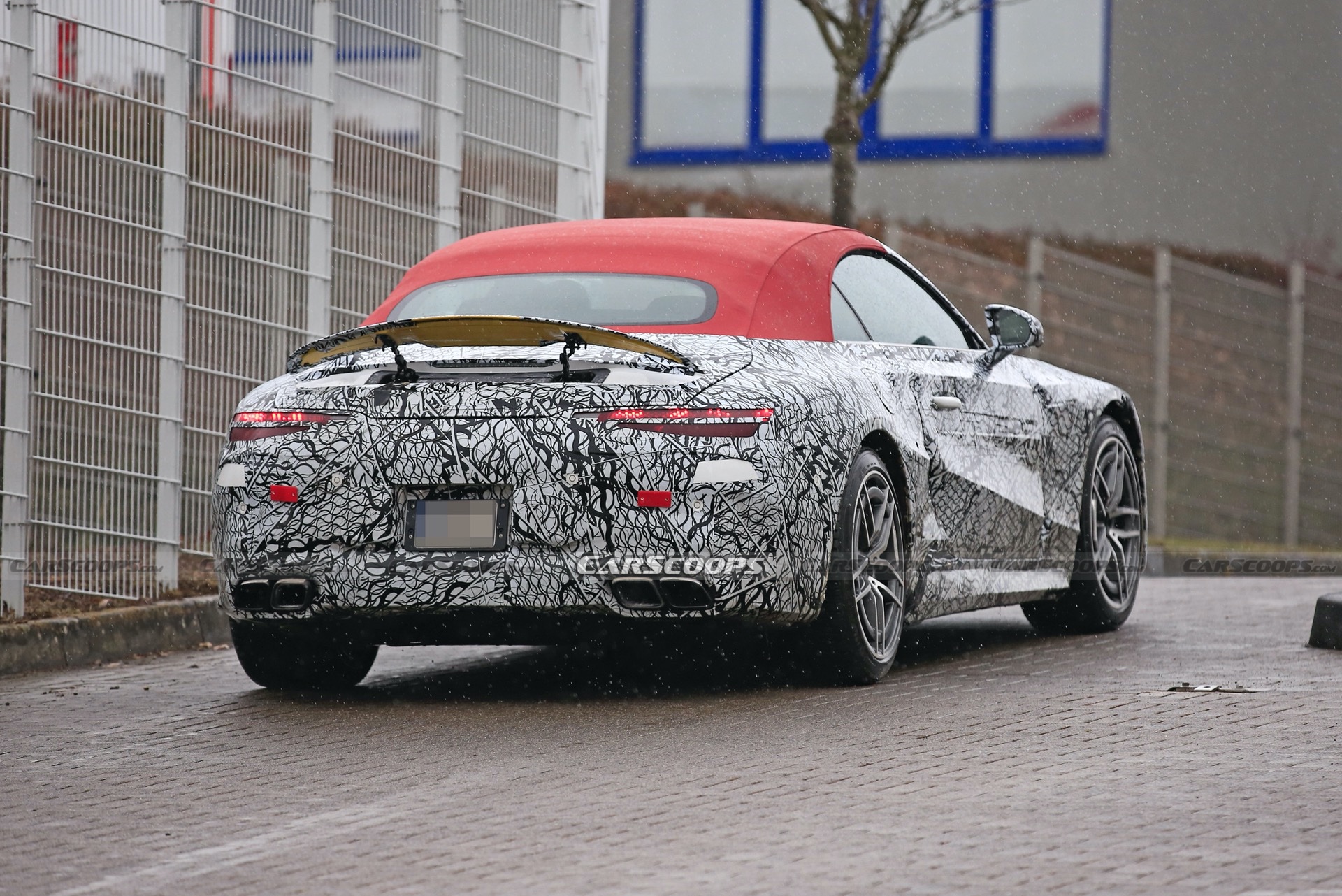 The SL is being developed on the same platform and alongside the AMG GT’s next iteration. It’ll slot into the AMG model range of the Mercedes lineup, indicating that it will focus more on performance. However, it’s thought that the new SL will also want to appeal to Merc’s 300SL roots while ensuring it straddles the line of being a GT.

In line with this thinking is the fact that it’ll need to offer fans of the now-culled S-Class Coupe and S-Class Convertible an alternative offering for their 2-door über luxury.

Engines are expected to feature a range of four, and eight-cylinder options, while a rumoured SL 73e will take the top spot. Such a performance model is likely to share its drivetrain with the recently spied AMG-GT Four Door Coupe 73e PHEV. Such a car could feature an output figure of 800hp from an electrified V8.

Pics by S. Baldauf/SB-Medien for CarScoops