Mail trucks don’t get a lot of love as they’re no frill vehicles with a singular purpose.

However, that’s not the case with this 1971 Jeep DJ which was transformed into a one-of-a-kind hot rod for SEMA.

As part of the makeover, the original U.S. Postal Service Jeep had its top chopped and outfitted with a cloth sunroof. The model also has a ‘slammed’ appearance thanks to a custom chassis with a four-corner air suspension. The look is further enhanced by custom Budnik wheels that are backed up by a Wilwood braking system with red calipers. 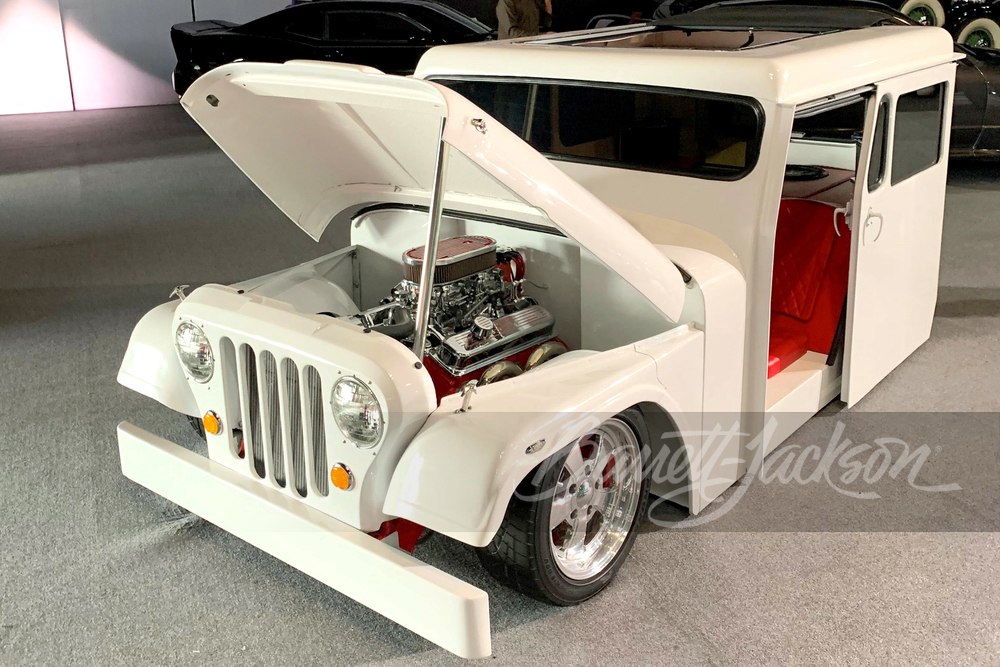 While the model has been extensively modified, it’s still instantly recognizable as the original grille and sliding doors have been retained. They joined by a wide swinging rear door with embossed Jeep lettering.

Inside, there are custom red leather seats and a matching center console. The model also has a custom dashboard, modern instrumentation and an insane Kicker audio system with massive subwoofers.

Last but not least, there’s a chrome steering column with a billet steering wheel. They’re located on the right side, in keeping with the vehicle’s mail carrier roots. 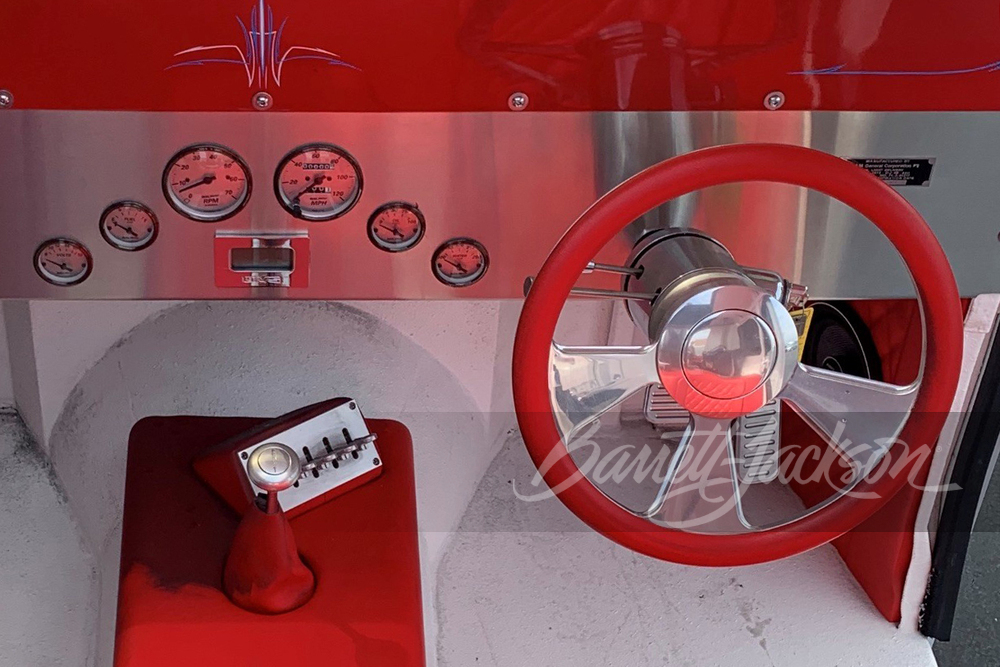 One thing that certainly isn’t original is the 6.3-liter Chevy V8 that features two four-barrel carburetors. There’s no word on how much power the engine produces, but it’s connected to a Turbo 400 three-speed automatic transmission.

The mail truck will be auctioned by Barrett-Jackson next month and the vehicle is being sold without reserve.