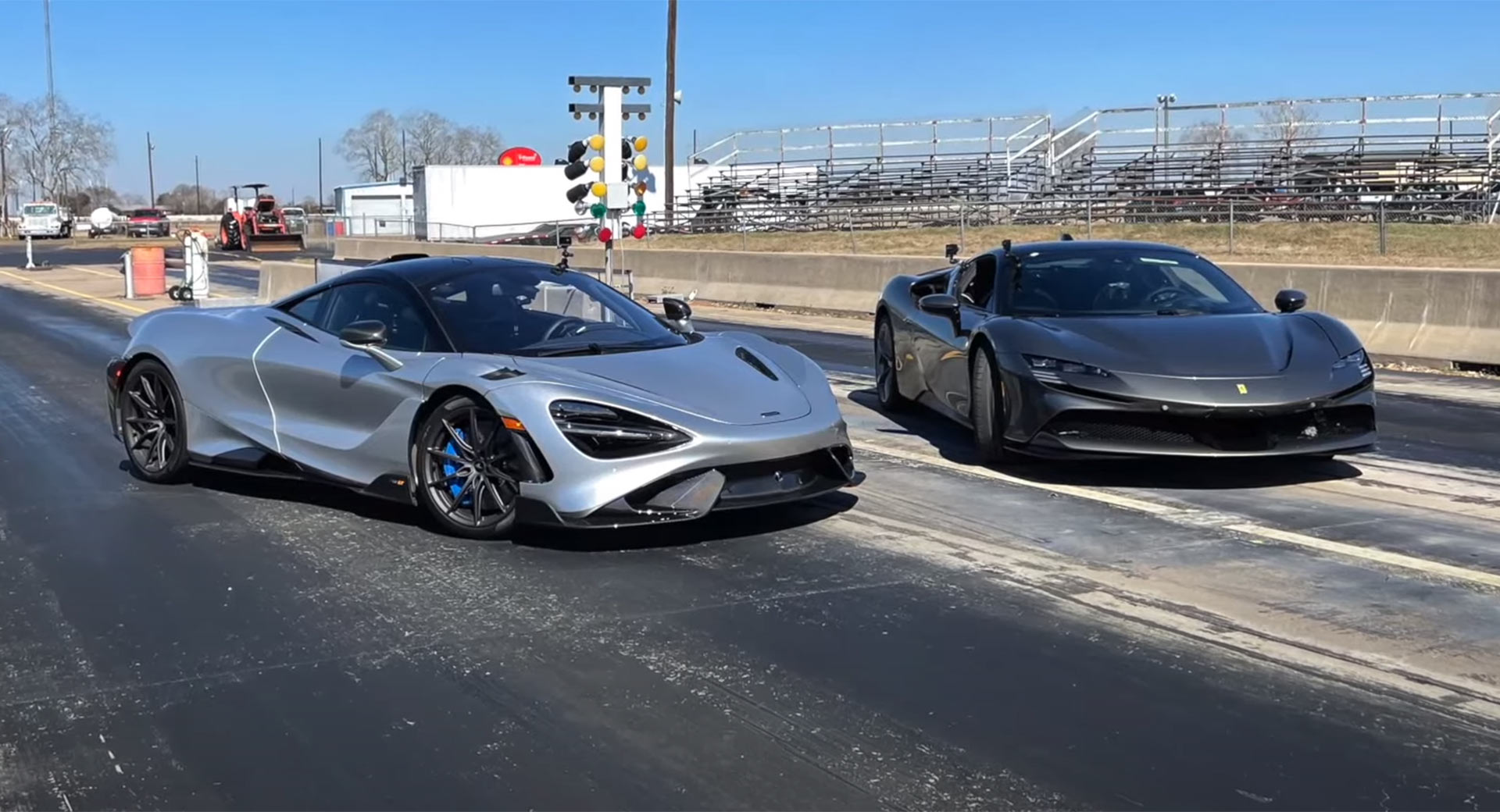 The McLaren 765LT may have been the quickest production car on sale, but it appears that it has lost its crown to the Ferrari SF90 Stradale.

In recent months, the DragTimes channel on YouTube has put the 765LT through a series of tests to see just how quick it is in a straight line. The best quarter-mile time recorded on a prepped surface was 9.33 seconds, and eager to see how the British supercar would compare to the SF90 Stradale, the YouTuber headed out to Hennessey’s drag strip in Texas for a series of head-to-head races.

The races between the two were held on a cold day and not on a prepped surface, impacting the acceleration times of both cars. However, the results do give a clear indication of where the Ferrari outpoints the McLaren.

Off the line, the Ferrari is able to put its 986 hp to the ground much more efficiently than the McLaren thanks to its all-wheel drive system which allows it to establish an unassailable lead in the first race. The 765LT performs better in the second and third races, but it is still the SF90 Stradale that comes out on top.

Things get particularly interesting when the duo line up for a series of rolling races. In the first, the driver of the Ferrari botched the launch and hit the rev limiter, allowing the McLaren to take the win. In the others, the SF90 got the lead but as the speeds started to build, the McLaren began to slowly close the gap.