While the fifth-generation CR-V recently got a mild makeover, the arrival of the new HR-V underscores the need for an all-new car. And these preliminary spy shots seem to indicate that the sixth-gen crossover-SUV is not too far off.

Spied for the very first time, the timing of this as-yet unconfirmed model fits the model cycle of the CR-V, as does the shape and size. It would appear that the CR-V will grow in its proportions with a much longer side profile, with an elongated wheelbase and longer hood. Such increases to the cabin area would indicate that a seven-seat option may be offered in all markets, as opposed to the limited availability of the fifth-gen CR-V seven-seater. 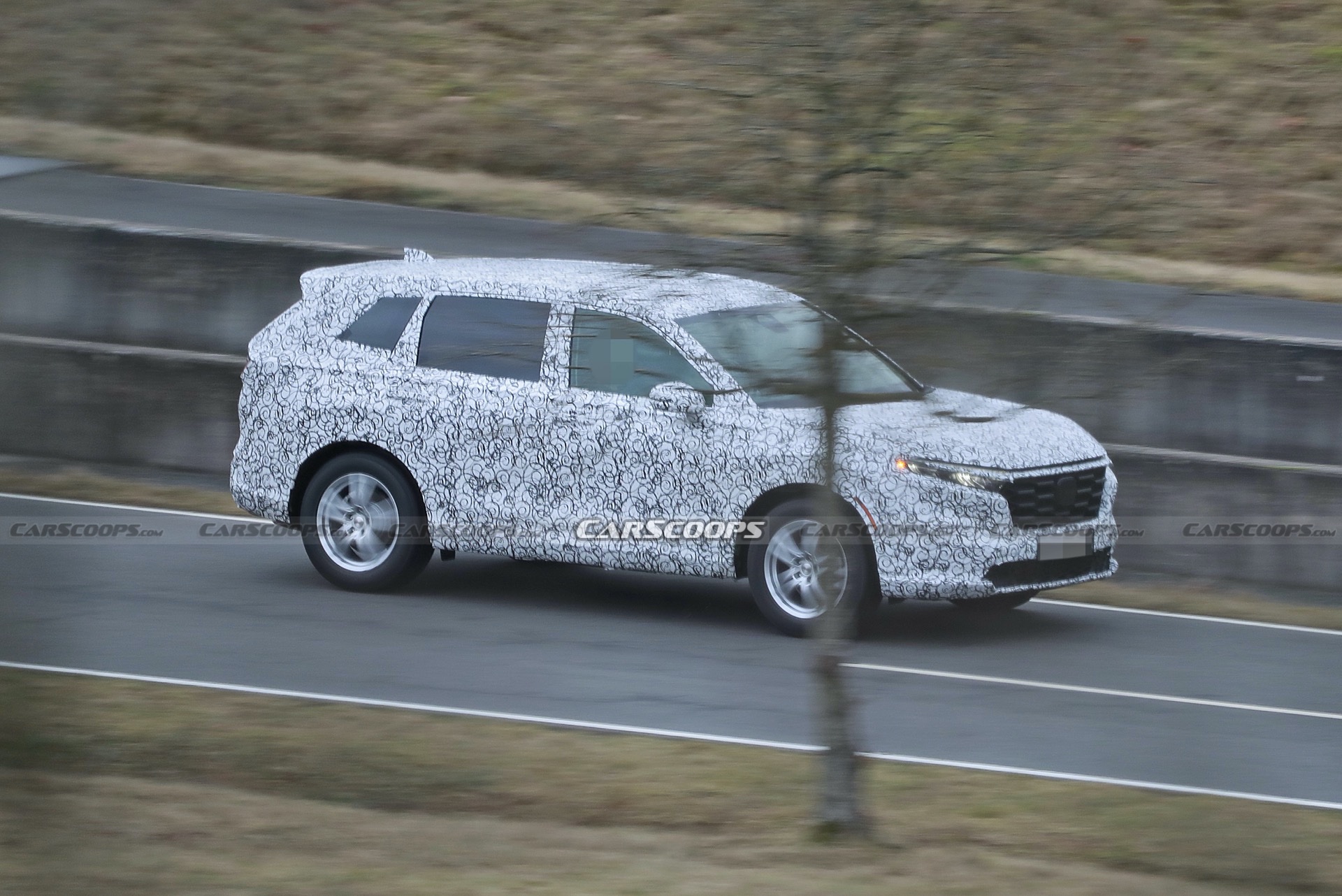 Upfront is a grille that shares many similarities with the recently revealed HR-V, indicating that the CR-V will embrace Honda’s new family face. The headlights appear to be disguised, with camouflage used to add a separation on the front lights. While we don’t expect the final vehicle to feature such a design, it would be an interesting departure for the CR-V.

The bonnet appears to be both taller and longer than the current model indicating a larger engine bay. However, a new CR-V is unlikely to feature any engine configuration greater than a four-cylinder. In fact, we expect an increased emphasis on electrification from the sixth-generation SUV. 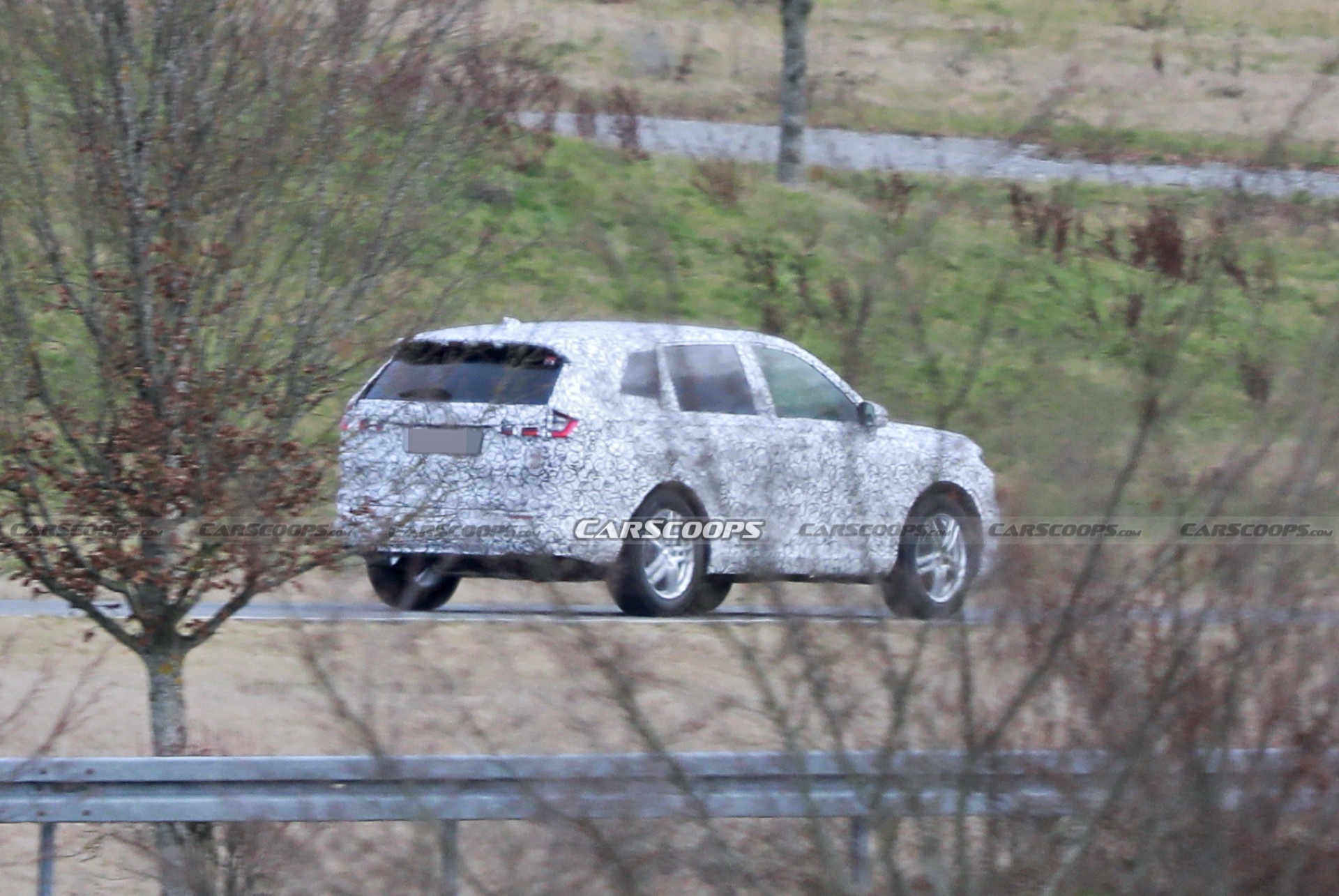 Per Honda’s plan of withdrawing pure-ICE options from Europe, the CR-V will likely only be available as a hybrid. Honda’s push towards electrification saw the hybrid CR-Vs gain the e: HEV badging as seen on the Jazz and HR-V. As yet, there’s no word on whether we’ll see a PHEV or self-charging hybrid system, although Honda’s track-record with the latter would see us hedge our best towards something inline with the new HR-V e:HEV configuration. There’s also the possibility that we’ll see a full-EV model as well, with Honda set to use GM’s Ultium batteries in an upcoming model.

Moving to the rear, the lights appear to break from tradition, with a horizontal layout that is split between the body and the tailgate. Inside, a new infotainment system can be spied, once again visually similar to what is found in the latest HR-V.

As these are early shots, don’t expect a CR-V replacement to be unveiled this side of 2022. A reveal early to mid next year is the most likely outcome.