The Opel Grandland X is only a few years old, but it appears the crossover will soon be getting a facelift.

Snapped at a distance, the 2022 Grandland X will adopt a new front fascia that is heavily inspired by the one found on the Mokka.

While there’s isn’t much to see, the crossover has been equipped with new headlights and repositioned fog lights. The model features a new front bumper with stacked air intakes. These will likely compensate for a fully enclosed grille that echoes the one found on the Mokka and Crossland. 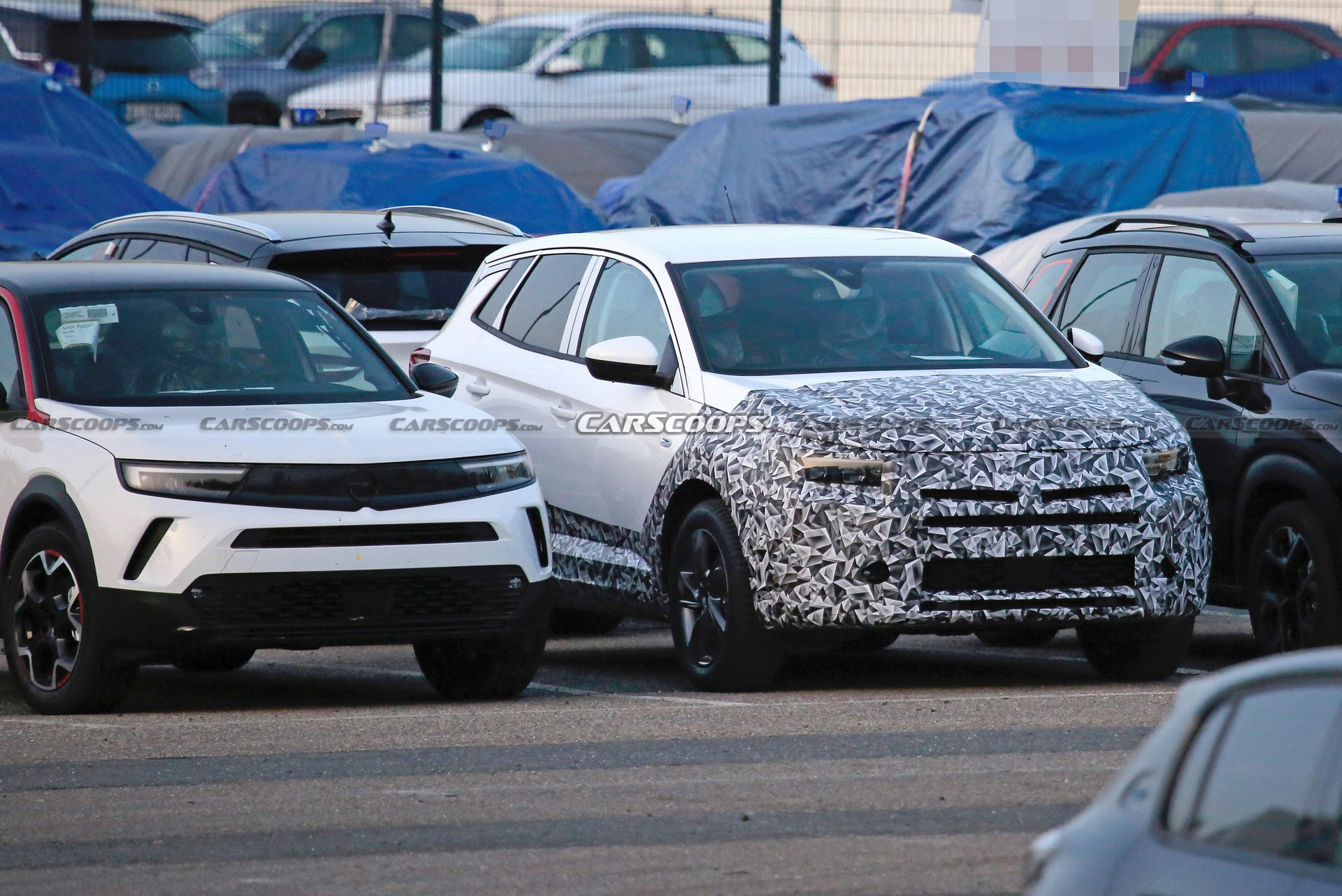 Additional details are hard to make out, but spy photographers suggested the side skirts and fender flares could be modified as they’re covered in camouflage. That doesn’t appear to be the case, but it’s hard to be certain at this point.

The rear end also remains a mystery, but it wouldn’t be surprising if there were handful of changes out back. That’s just speculation, but the crossover could feature the usual mid-cycle changes including a modified bumper and updated taillights.

Since the Grandland X already features an assortment of PSA-sourced engines, there likely won’t be any major changes under the hood. This means we can expect a familiar mix of petrol and diesel options as well as a plug-in hybrid variant. The latter has a turbocharged 1.6-liter four-cylinder engine, a 13.2 kWh lithium-ion battery and up to two electric motors for a combined output of up to 296 hp (221 kW / 300 PS).

We should learn more in the coming months as the facelifted Grandland X is expected to arrive in time for the 2022 model year.