Mercedes-Benz has released a handful of images of the new 2022 SL Roadster being winter tested in Sweden.

The German car manufacturer has revealed that the new SL will be the first iteration of the famed droptop sold with its 4Matic+ all-wheel drive system, noting that the final tuning of this system is being performed in wintry regions. The redesigned soft top also has to prove itself in conditions near the Arctic Circle.

The prototype pictured appears identical to the one our spy photographers snapped back in February. In addition to the red soft top catching the eye, it is clear that the new SL will have overhauled front and rear fascias not dissimilar to other current Mercedes-Benz models. It will also feature a pop-up rear spoiler much like the Mercedes-AMG GT. 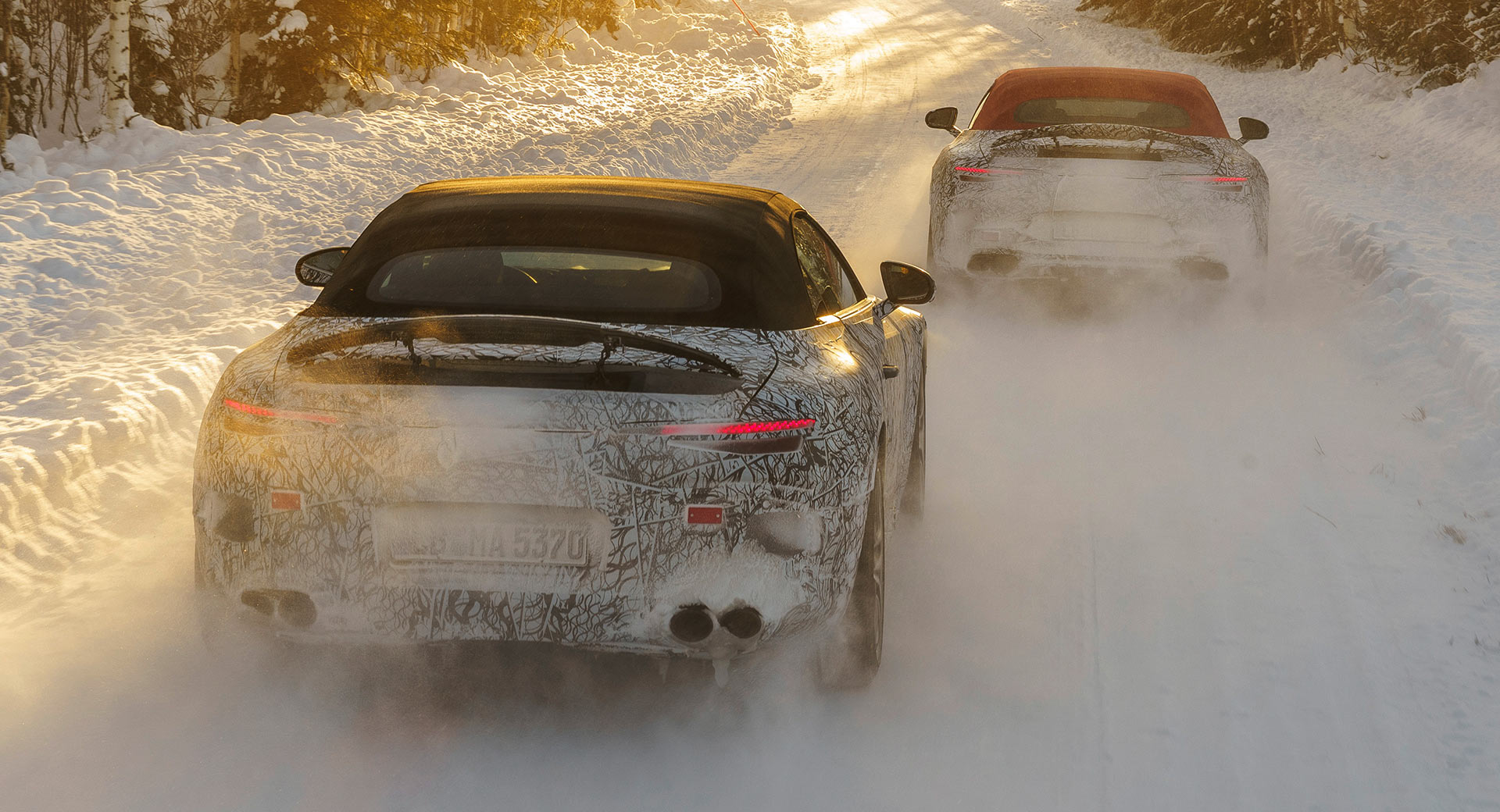 Importantly, the new Mercedes SL Roadster is being developed by AMG and will use the same platform as the next-generation AMG GT. As such, it will be more focused on performance than ever before, yet still aim provide the same opulence and comfort as the original 300 SL. The German automaker will also be careful to ensure it doesn’t step on the toes of the AMG GT Roadster.

Mercedes-Benz has confirmed that the handling dynamics of the car will soon be refined at the Nordschleife, among other circuits around the world.

No engine details have been confirmed for the vehicle but it is expected to be sold with a range of four- and eight-cylinder powertrains. Some suggest the range will be topped out by a 73e model using the same hybrid powertrain as the forthcoming Mercedes-AMG GT 73e PHEV.