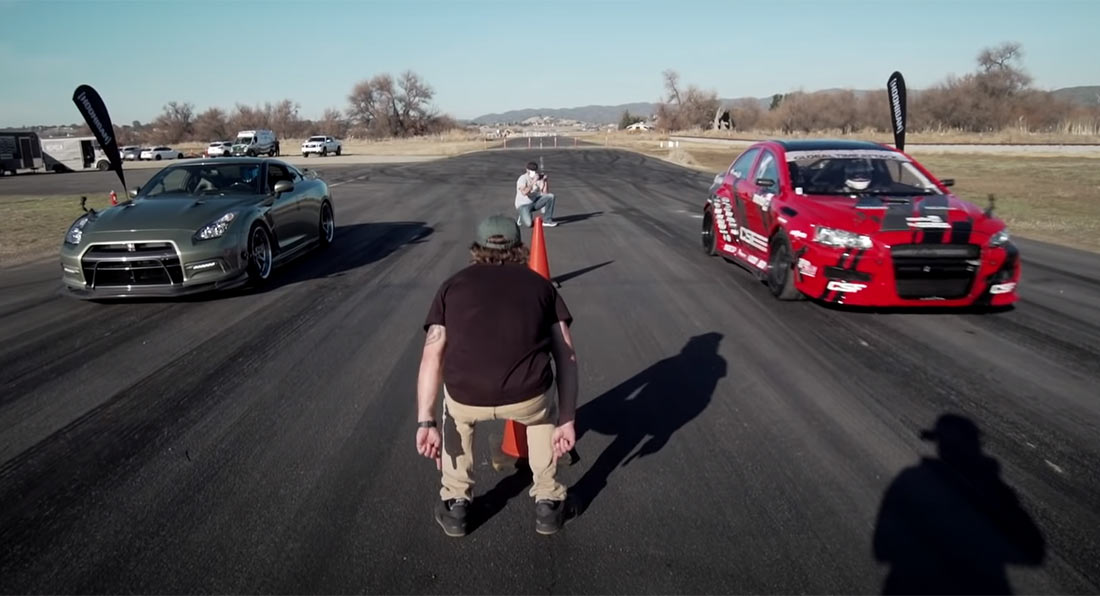 Very few production cars could keep up with the Nissan R35 GT-R when it was first released but as the car has aged, quicker alternatives have hit the market. However, does a modified Mitsubishi Lancer Evolution X have any chance of out-accelerating a tweaked GT-R? Let’s find out.

The Evo X featured in the latest episode of ‘This vs. That’ from Hoonigan is ordinarily used as a Time Attack car but all of its aggressive aerodynamic components, such as the front splitter and rear wing, were removed for these races.

Watch Also: The Lancer Evolution X Was The Last Great Mitsubishi, Marking An End Of An Era

A plethora of modifications have been made to the Evo’s 2.0-liter turbocharged four-cylinder. For example, there’s a new Garrett turbocharger, a unique manifold, bespoke exhaust, and the car pumps out a cool 675 hp. It also features a built transmission that can handle all of the extra grunt.

By comparison, the GT-R’s 3.8-liter twin-turbocharged six-cylinder has lots of bolt-on modifications, such as a new intake, new downpipes, an aftermarket intercooler, new GReddy exhaust, and a flex-fuel setup that allows it to run on E85. It delivers 705 hp.

In the first race, the Evo X gets a better start but the driver of the GT-R is able to overtake the Mitsubishi as the speeds start to build. The driver of the Evo X then botched the launch in the second race but in the third and final race, the two were neck-and-neck during the 1,000 ft roll race. However, it was the Nissan that proved to be just that little bit quicker, helped in no small part by its dual-clutch transmission.