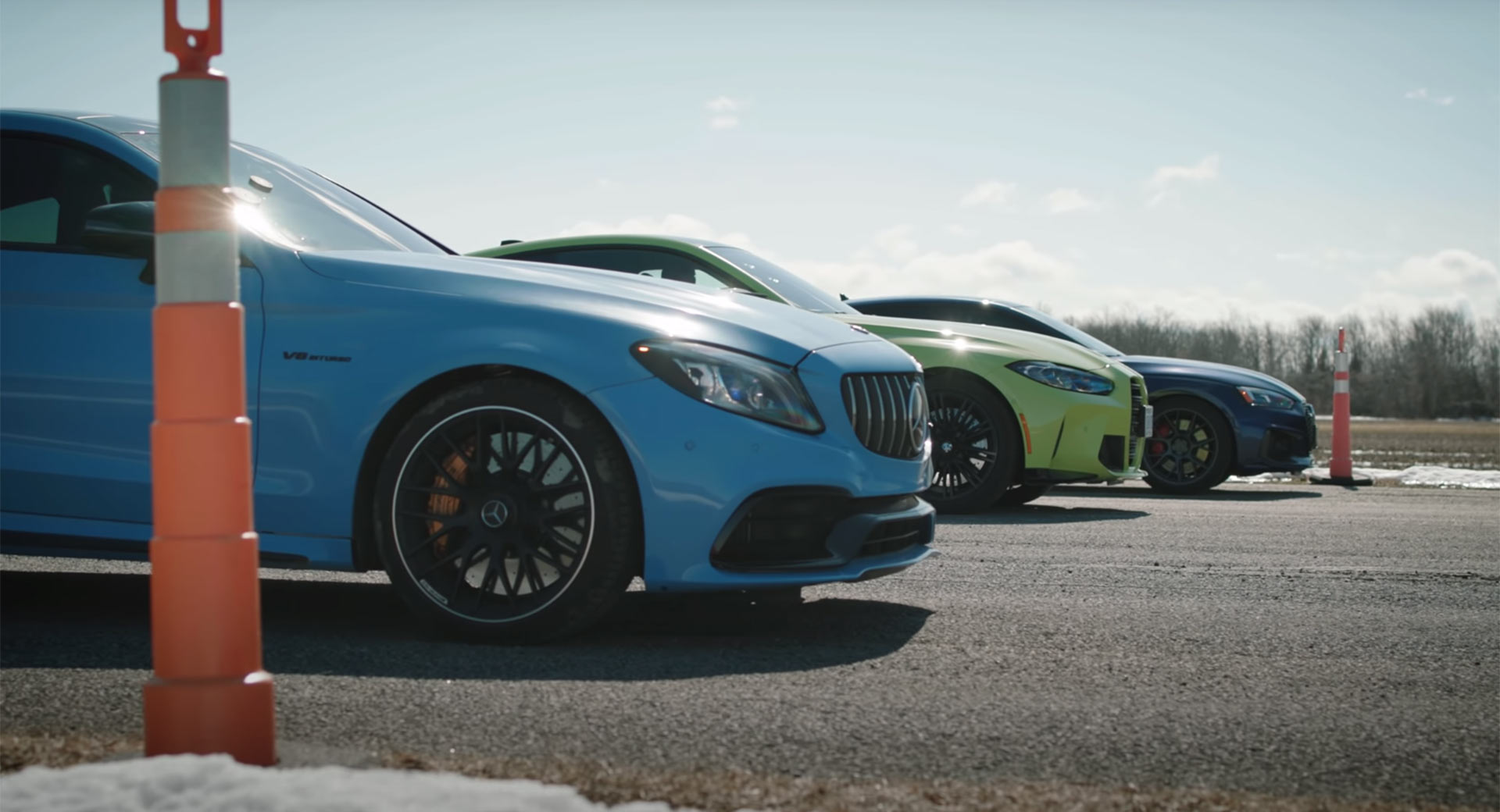 The new BMW M4 Competition has a lot going for it but it also has to prove itself against the competition. A good start is to out-perform its older rivals, the Mercedes-AMG C 63 S Coupe and Audi RS5. Throttle House recently gathered these three together for a track test to see if it can do just that.

The cars stack up very nicely against each other on paper. For starters, the M4 Competition rocks a 3.0-liter twin-turbocharged six-cylinder muscling out 503 hp and 479 lb-ft (650 Nm) of torque. It is rear-wheel drive and uses an eight-speed automatic transmission. By comparison, the C 63 S Coupe also has 503 hp but a slight torque edge of 516 lb-ft (700 Nm) from its 4.0-liter twin-turbocharged V8. It too is rear-wheel drive and has a seven-speed automatic transmission.

Read More: We Drove The 2021 BMW M4 Competition: Here’s Why It’s Great – And How It Could Be Better

Last but not least is the Audi RS5 that’s outfitted with a 2.9-liter twin-turbocharged V6 with 444 hp and 442 lb-ft (600 Nm) of torque. It has an eight-speed Tiptronic automatic and, more importantly, a Quattro all-wheel drive system.

In a drag race, it doesn’t come as much of a surprise that the Audi comes out on top thanks to its far superior traction. The M4 Competition followed not too far behind while the C 63 S Coupe was left for dead as it spins up its tires too much. The rolling race is even more exciting with the M4 Competition outperforming its rivals by quite a considerable margin.

The review doesn’t discuss how the trio handle or how they compare on the road, but if you’re in the market for a car that accelerates hard, the M4 Competition is certainly a good option.