The Alpina B8 Gran Coupe has found its way online ahead of today’s official unveiling that’s scheduled for 2:00 p.m. ET (7:00 p.m. CET), and it is just as exciting to look at as it will probably be to drive.

These pictures were reportedly published on BMW’s USA website. At the time of writing, the automaker had removed them, but BimmerToday managed to save quite a few of them that show the new German super sedan in all its glory.

Compared to the BMW M850i Gran Coupe, the B8 Gran Coupe has a slightly different front bumper with the ‘Alpina’ lettering below the lower grille. The front fender vents seem to sport different trim while the side skirts appear to be identical. The rear bumper incorporates a new four-fin diffuser and the car now has a quad exhaust pipe layout.

Also Check Out: Alpina B8 Gran Coupe Fires Up Its Engine In First Official Teaser 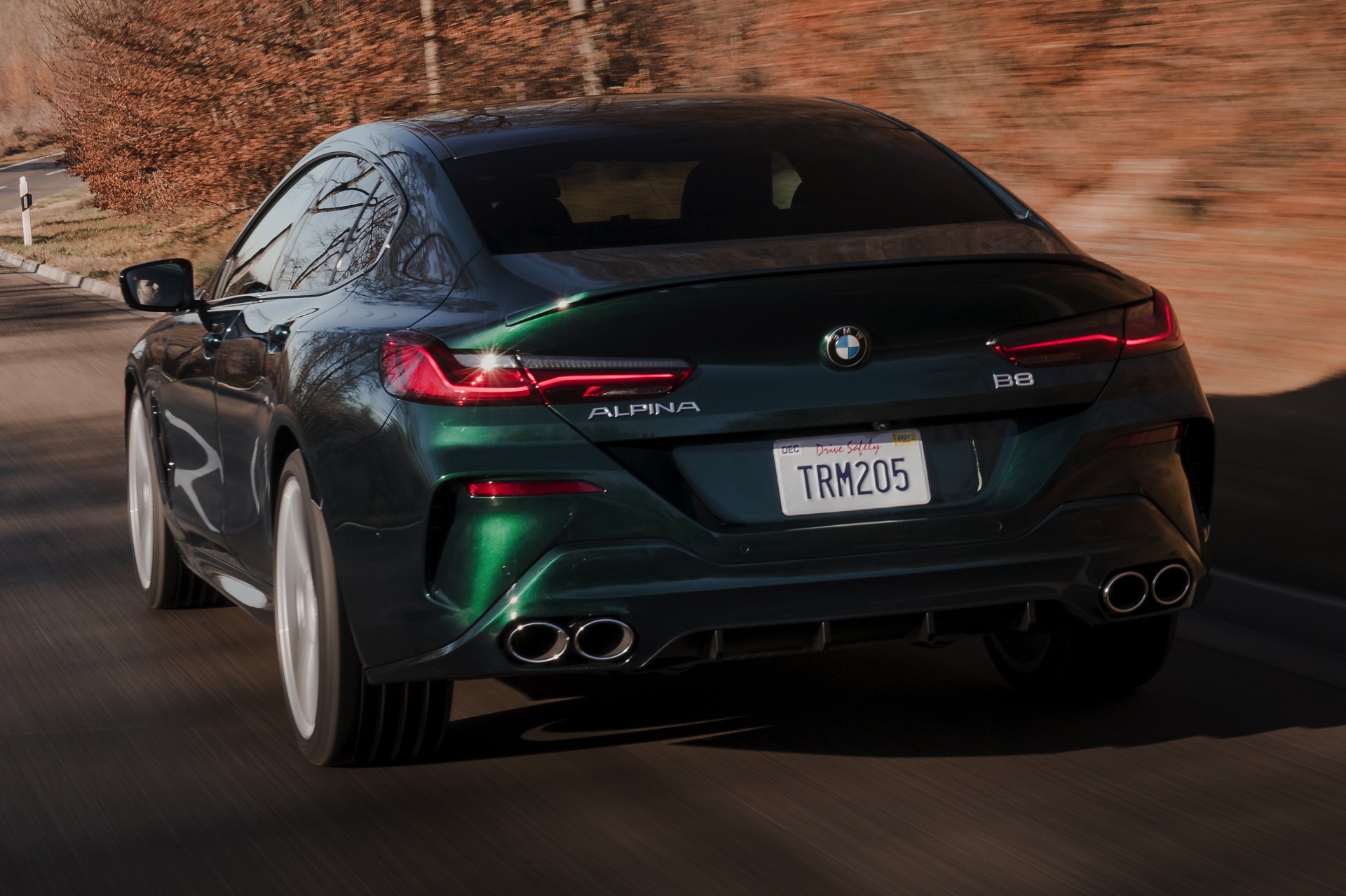 The BMW emblems are still present at both ends, but the trunk lid makes do without the ‘xDrive’ and ‘M850i’ badges, and instead features ‘Alpina’ and ‘B8’ logos. The signature multi-spoke alloy wheels perfectly fill the arches, and the pictured car is finished in Alpina Green.

The ‘Alpina’ lettering also decorates the digital instrument cluster and iDrive selector, and a special plaque was added in front of the central armrest.

While its design is no longer a secret, we’ll be looking forward to the official premiere as we still don’t know the car’s output, torque and performance figures. Nonetheless, we do know that it uses an upgraded version of the twin-turbo 4.4-liter V8 from the regular M850i Gran Coupe, which is expected to produce around 600 HP paired to an eight-speed automatic transmission and a re-tuned xDrive all-wheel drive system.