This is the 2021 Hyundai Kona N before you’re supposed to see it. The sporty crossover was spotted fully naked near the Nurburgring racetrack in Germany, as it was filming a promo.

Our spy photographers state that the roads nearby were closed down, and a small army of people and vehicles were used to hide the vehicle. The Korean automaker’s performance division had the Kona N wrapped up in black foil too, which only came off for the video shot. 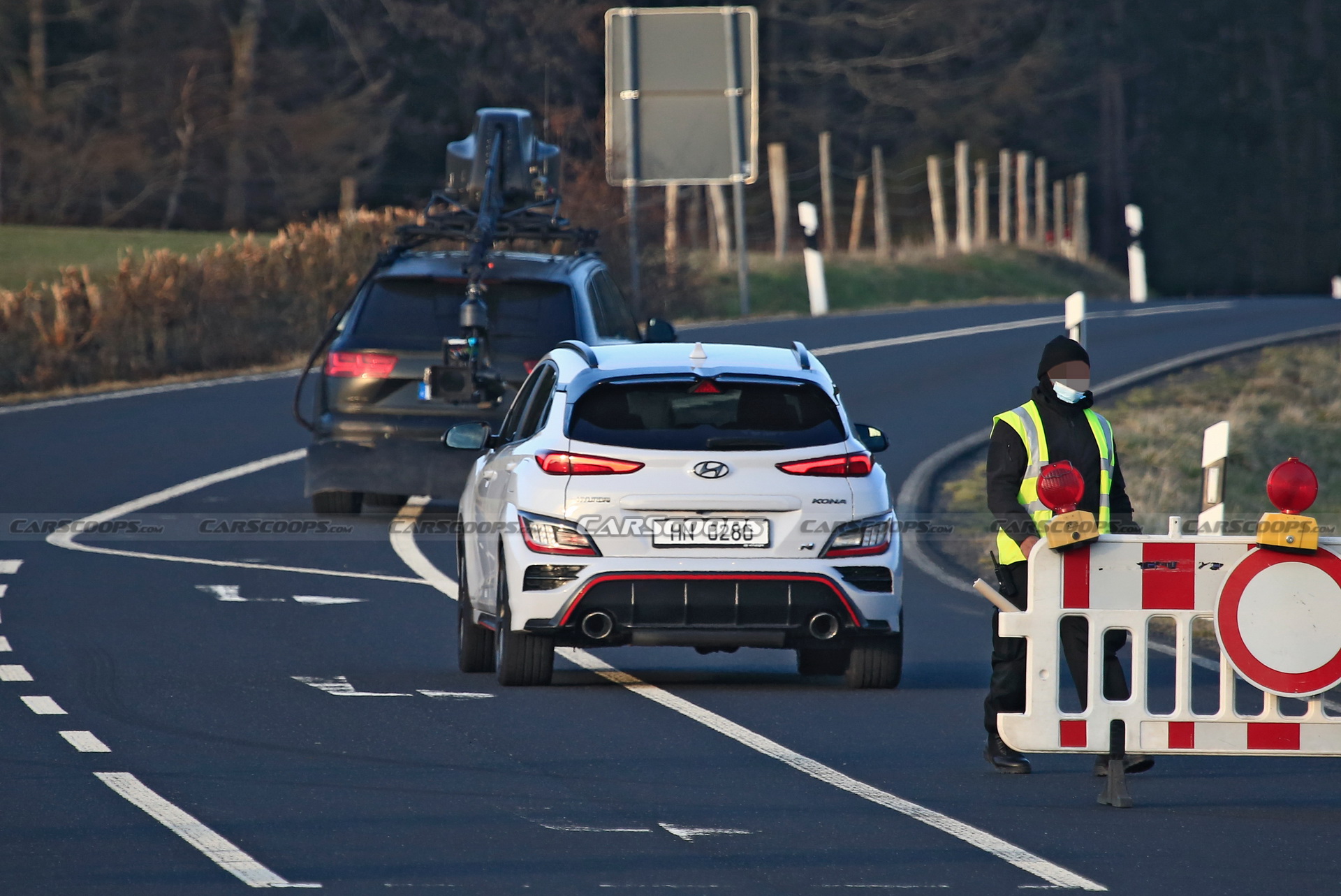 These pictures were taken from afar, but they do show the model’s design in all its glory. It has a black honeycomb mesh grille with the ‘Hyundai’ logo in the middle and the ‘N’ badge next to it. Red trim decorates the apron, N-branded side skirts and rear diffuser, which still has a four-fin styling, but instead of the double exhaust pipes on the right side on the regular 2021 Kona, the N has larger dual tips. It also sports a bigger roof spoiler, an ‘N’ emblem on the tailgate and black V-spoke rims with ‘N’ center caps spinning around the red brake calipers.

Considering that the 2021 Kona N (2022 Kona N for North America) looks ready for launch, its official premiere is perhaps days or weeks away.