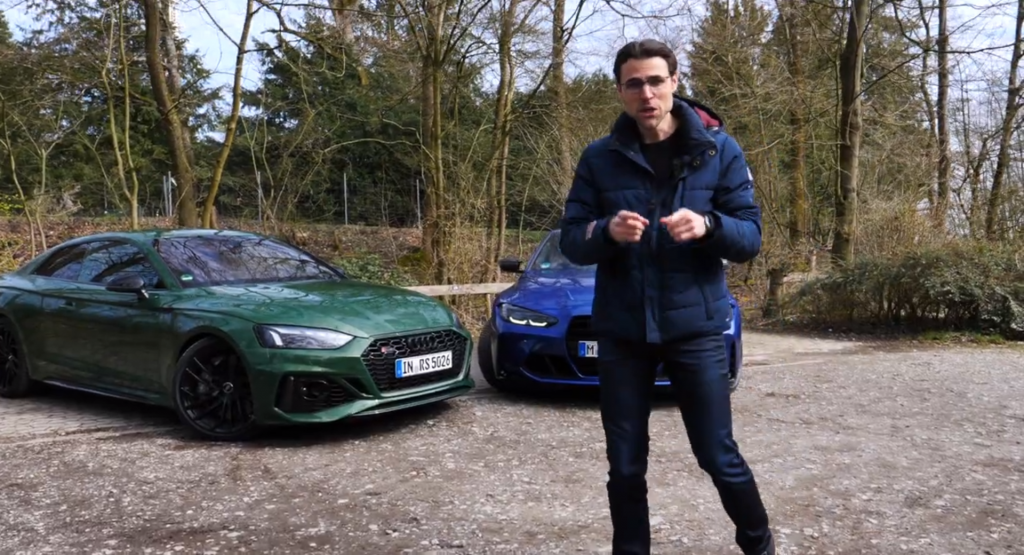 It’s time to revisit the decades-old rivalry between two German titans. On one end is the all-wheel drive Audi RS5 Coupe, and at the other is Bavaria’s latest sensation, the rear-wheel drive BMW M4 Competition.

Right off the bat, the most controversial topic is the looks of these two models — specifically, the polarizing approach taken by BMW’s designers.

While most argue that this new generation of M4 looks like a buck-toothed beaver, others have embraced the change and tipped their hats to BMW for committing to a radical, all-new design. They say beauty is in the eye of the beholder, but there’s little doubt that, of the two, the M4 Competition is certainly the most aggressive.

That isn’t to say that the RS5 looks boring, even if it appears somewhat restrained in the company of the BMW. Audi, too, has made bold changes to the exterior design. The alterations include a rather expansive display of front grille, gaping air intakes, extended side skirts, and redesigned head- and taillights.

Both cars have similar options available to them. These include carbon fiber parts (such as roofs and spoilers), ceramic brakes, and a range of wheel options. Both cars feature similarly spec’d engines too. The M4 Competition puts out 503 hp from its 3.0-liter turbocharged inline-six, and so far is only available with rear-wheel drive, although an all-wheel drive model will be offered in the future. The RS5 features Quattro all-wheel drive as standard, and produces 444 hp from its turbocharged 2.9-liter V6 engine. Both cars have a 0-60 mph (0-96 km/h) time of 3.9 seconds.

However, the reviewer feels that the M4 gives off a racier vibe while the RS5 emphasizes comfort. This notion extends to the driving experience. Thomas from Autogefuhl explains how the M4 screams “track-ready” yet doesn’t seem to have the range of the Audi. In contrast, the RS5 feels as at home on the road as it is while slashing corners.

In a head-to-head, it comes down to what you want of these two desirable sports coupes. The M4 is undeniably the riotous and aggressive performance-oriented one of the two, while the RS5 has been created to deliver its power in a more manageable and tactile way. Of the two, the Audi can display composure when used as a daily. But if you don’t mind sacrificing a bit of comfort for the hunkered-down aggression of an M4 Competition, or if you’re planning on regularly participating in track-days, then the BMW is the car for you.