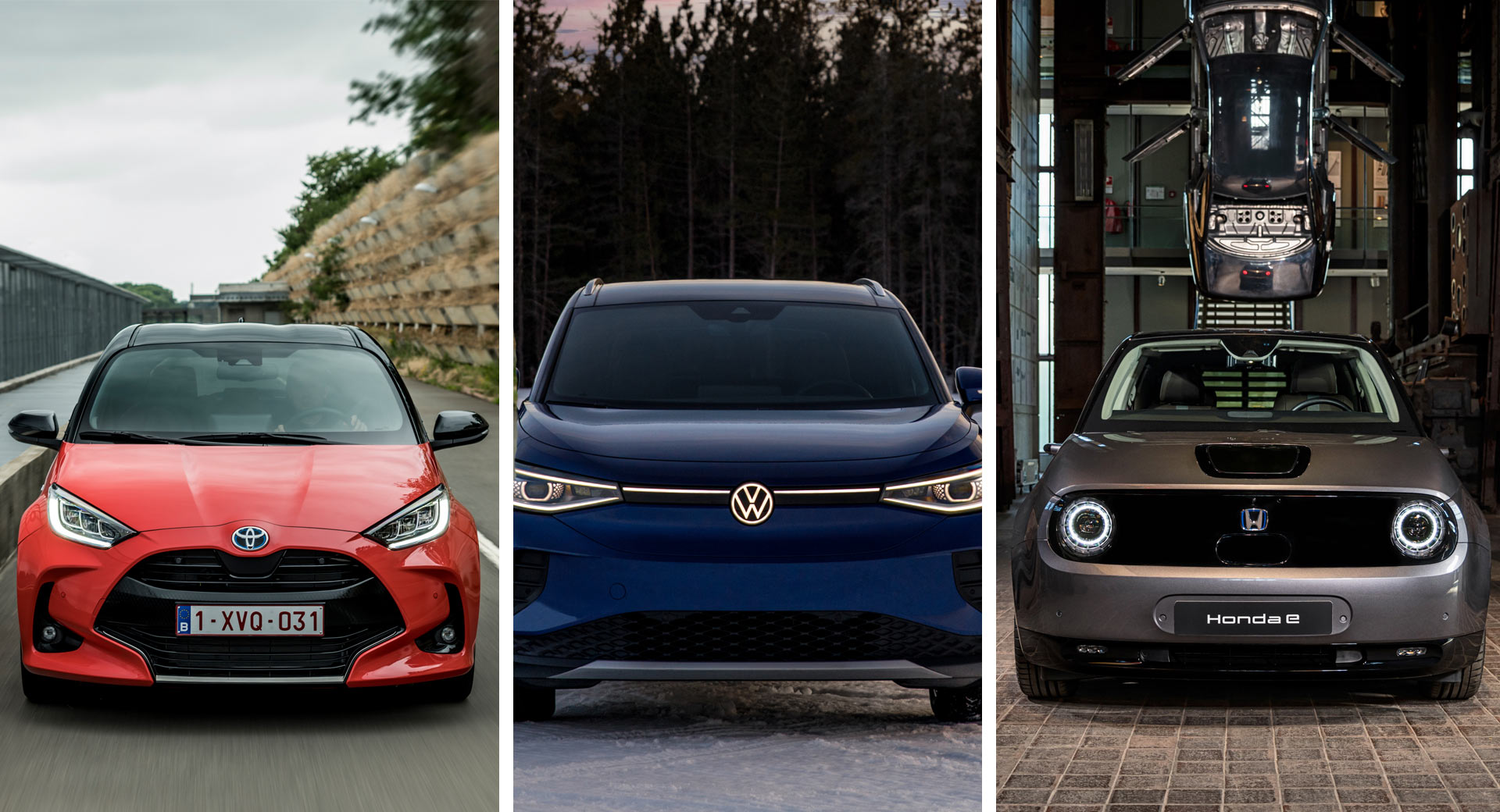 The countdown continues as the finalists for the 2021 World Car Awards have been announced.

In the title category of World Car of the Year, the candidates include the Honda e, Toyota Yaris and Volkswagen ID.4. This crop is notable for a couple of reasons as two of them are electric vehicles and two aren’t available in the United States.

It’s also worth mentioning that all of the contenders are from mainstream brands as the Audi A3, BMW 2-Series Gran Coupe, BMW 4-Series and Mercedes GLA didn’t make it to the final round of voting. Other models not making the cut were the Kia K5 and Sorento as well as the Mazda MX-30.

Also Read: 2021 World Car Of The Year Semi-Finalists Announced, Who Do You Think Will Win?

Moving on, the candidates for 2021 World Urban Car are pretty familiar as they include the Honda e and Toyota Yaris as well as the Honda Jazz / Fit. Needless to say, that’s a guaranteed win for Japan.

At the opposite end of the spectrum, the Land Rover Defender will battle the Mercedes S-Class and Polestar 2 for the title of World Luxury Car. They beat out the Aston Martin DBX and BMW X6 to make it to the final round of voting.

On the performance side of things, the Audi RS Q8, Porsche 911 Turbo and Toyota GR Yaris will fight to be named World Performance Car. BMW was the clear loser here as the M2 CS and X5 M / X6 M were eliminated from contention.

Last but not least, there’s World Car Design of the Year. The finalists include the Honda e, Land Rover Defender and Mazda MX-30 as the Polestar 2 and Porsche 911 Turbo didn’t make the cut.

The winners will be announced on April 20th but, in the meantime, feel free to let us know who you think should win in the comments below.