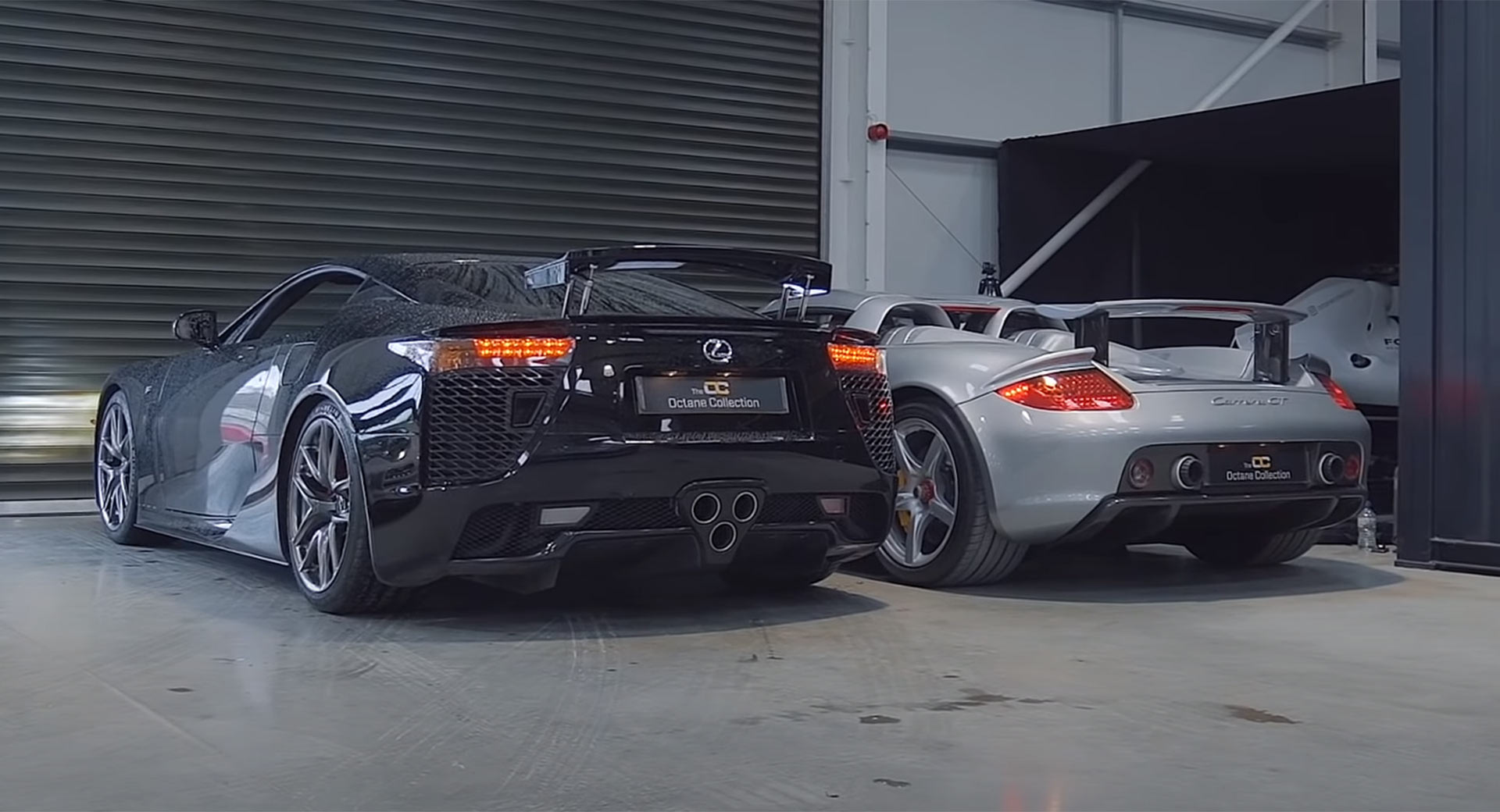 The Lexus LFA and Porsche Carrera GT are frequently mentioned among the best-sounding production cars ever conceived but which actually sounds better? This video put together by Supercar Driver reveals all.

In one corner we have the Japanese samurai. Built by Lexus between December 2010 and December 2012, the LFA represented the absolute pinnacle of what the company could dream up. Production was capped at just 500 units and while Lexus struggled to sell the remarkable supercar, it is universally acclaimed for its 4.8-liter naturally aspirated V10 engine.

Watch Also: Lexus LFA And Mercedes-Benz SLR McLaren 722 S Are So Different, Yet So Very Special

This engine was co-developed with Yamaha and delivers 553 hp at a screaming 8,700 rpm and 354 lb-ft (480 Nm) of torque at 6,800 rpm. It features forged aluminum pistons, forged titanium connecting rods, and solid titanium valves and produces an incredibly intoxicating soundtrack. During this clip, we get to hear the LFA’s V10 sing not just on the open road but also in a garage.

In the other corner is the Porsche Carrera GT, although it is only featured revving in a garage and not on the open road. It was built between 2003 and 2007 and much like the LFA, has a V10 engine, albeit it displaces more at 5.7-liters. It also has more power, producing 603 hp and 435 lb-ft (590 Nm) of torque, but does it sound better?

We’ll let you come to your own conclusions but to our ears, the smaller-capacity V10 of the LFA is a touch more exciting.