Ken Block is parting ways with three of his Fords following the end of his contract with the car manufacturer at the start of the year.

Starting with the 2013 Fiesta, it was featured in Gymkhana Six, Eight, and Terrakhana, and was also the car that Block drove in his first-ever Global Rallycross win. The car has a 2.0-liter turbocharged four-cylinder engine that pumps out 600 hp and 650 lb-ft of torque, which are sent to all four wheels via a Sadev six-speed sequential transmission with a Sadev rear differential and a center differential release unit. 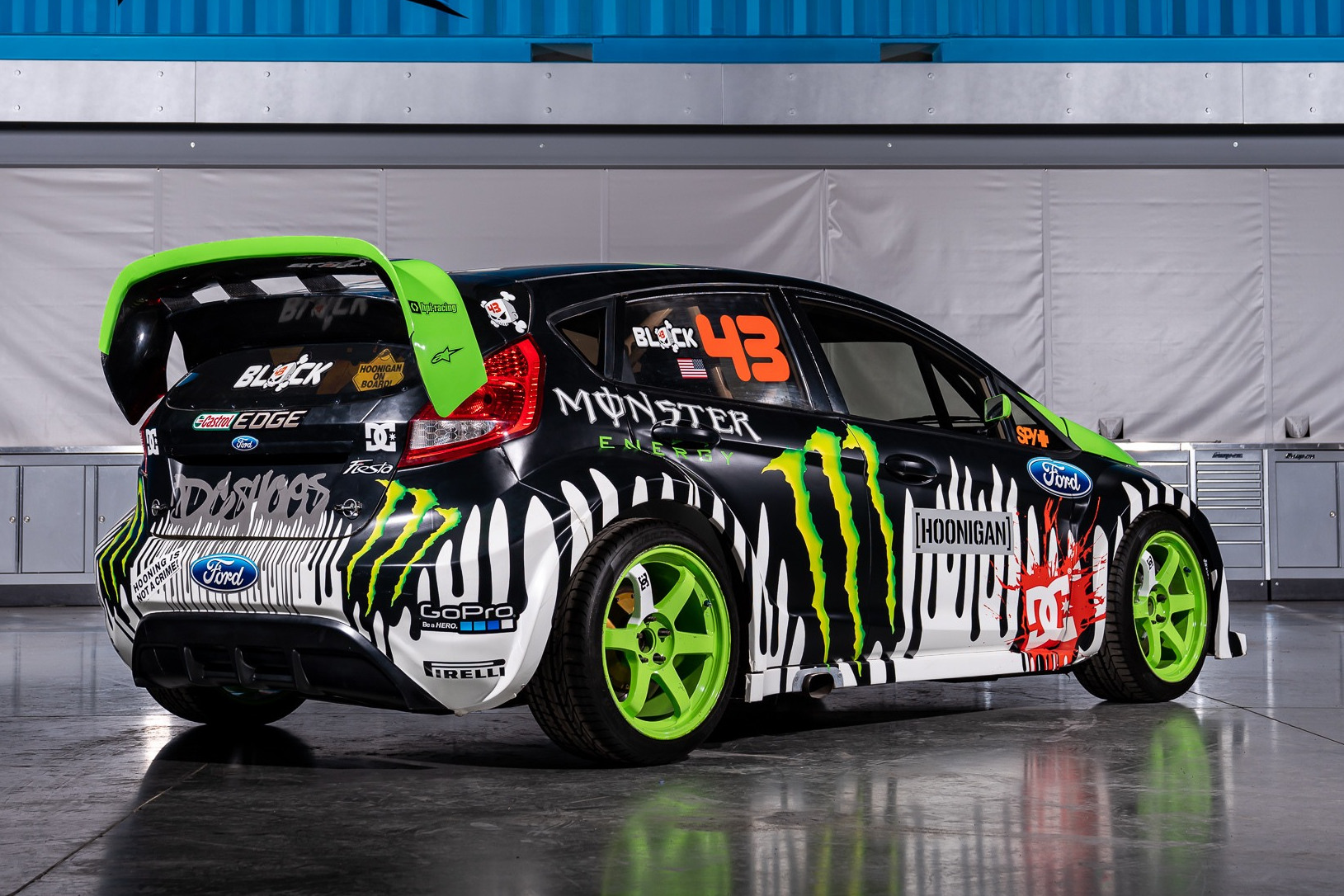 The 2011 Ford Fiesta GYM3 being sold from Block’s collection was the star of Gymkhana Three. It features a 2.0-liter Duratec turbocharged four-cylinder with over 600 hp and 660 lb-ft of torque coupled to a six-speed paddle-shift sequential transmission. This engine can be easily tuned to 850 hp.

Last but not least is Block’s 1986 RS200 Evo, offered at a cool $550,000. Ford built just 200 examples of the RS200 to meet homologation requirements for Group B rallying. What makes this RS200 particularly special is the fact that it is one of just 24 units upgraded to Evo specification.

Block purchased the car in 2017 and had it equipped with a unique matte black wrap, a hydraulic handbrake, bespoke wheels, and an updated interior with Recaro bucket seats and 5-point harnesses. Power comes courtesy of a 2.1-liter turbocharged four-cylinder with 700 hp on pump gas and over 800 hp with race gas.